Contradicted by the hospitals 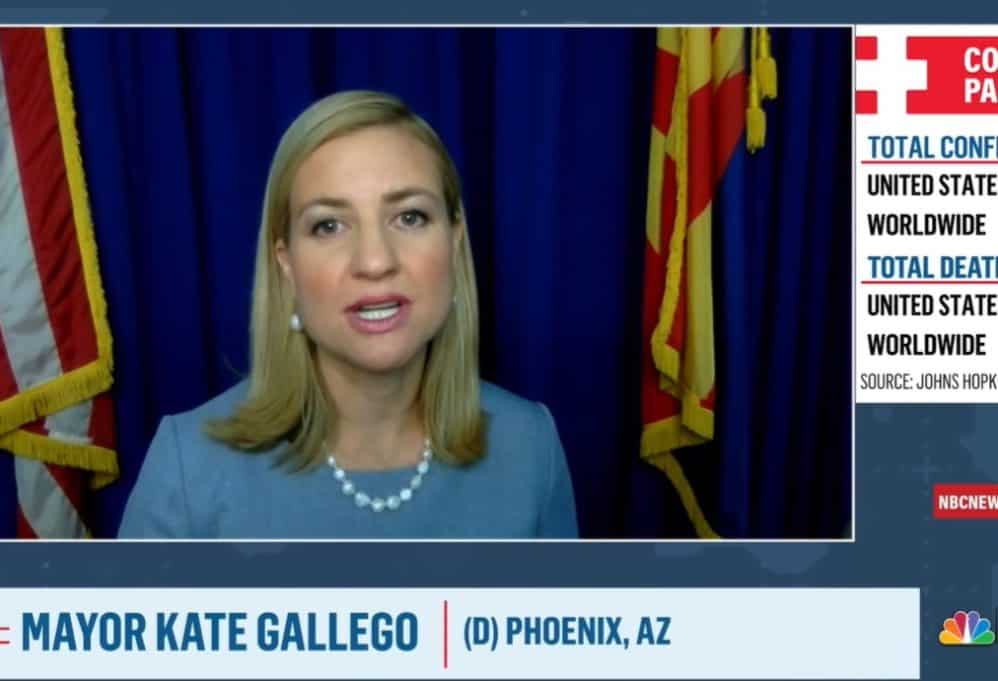 Phoenix Democratic Mayor Kate Gallego charged Friday that one major health care provider in her city has been forced to order refrigerated trucks because its hospitals have exhausted their morgue capacity.

“Our county public health agency just announced that they are going to be getting refrigerated trucks because the Abrazo health care system has run out of morgue beds,” Gallego said on MSNBC. “It is very scary out here. I wish we had given mayors the authority to act earlier.”

Phoenix Mayor Gallego says Maricopa Co. has requested refrigerated trucks because one health system in the region has run out of morgue beds. pic.twitter.com/uCeHfzjjLk

Abrazo Health, however, later released a statement contradicting the mayor’s claims, clarifying that “hospitals currently have adequate morgue space,” and that its order for refrigerated trucks came in response to the state requesting providers to implement their emergency plans which includes proactively preparing with backup resources.

"Abrazo hospitals currently have adequate morgue space…." Abrazo statement after @MayorGallego told national and local outlets that they ordered refrigerated trucks for COVID-19 deaths. The hospital system said they did it as a proactive approach in case it is needed #azfamily pic.twitter.com/GeDNa8G1px

Earlier this week, Gallego has also raised the alarm that constituents have been waiting at testing sites in more than 100 degree heat for upwards of eight hours while claiming the federal government has been of little help to Arizona to combat the coronavirus pandemic.

Today Maricopa County reported a #COVID19 positivity rate of 28.8%. We have seen testing sites where people have waited for more than 8 hours in 110 degree heat to get tested. This is unacceptable. AZ needs more testing and contract tracing to #SlowtheSpread. https://t.co/zDItm81pCn

Gallego neglected to mention however, that most of the city’s testing sites offer drive-thru testing, where inpiduals remain in their cars sheltered from the heat.

Phoenix City Councilmember Sal DiCiccio meanwhile, has pushed back on the mayor’s assertions of an absent federal presence reporting that the Trump administration has sent Phoenix $293 million in pandemic aid.

It's unfortunate PHX is picking a fight during a crisis with the fed govt when they've done so much to help us. Fact: the feds sent PHX $293 million for COVID. PHX squandered it. Very little was used for testing but MILLIONS went to hand outs for arts & liberal activist groups. pic.twitter.com/RMAPNgfgss