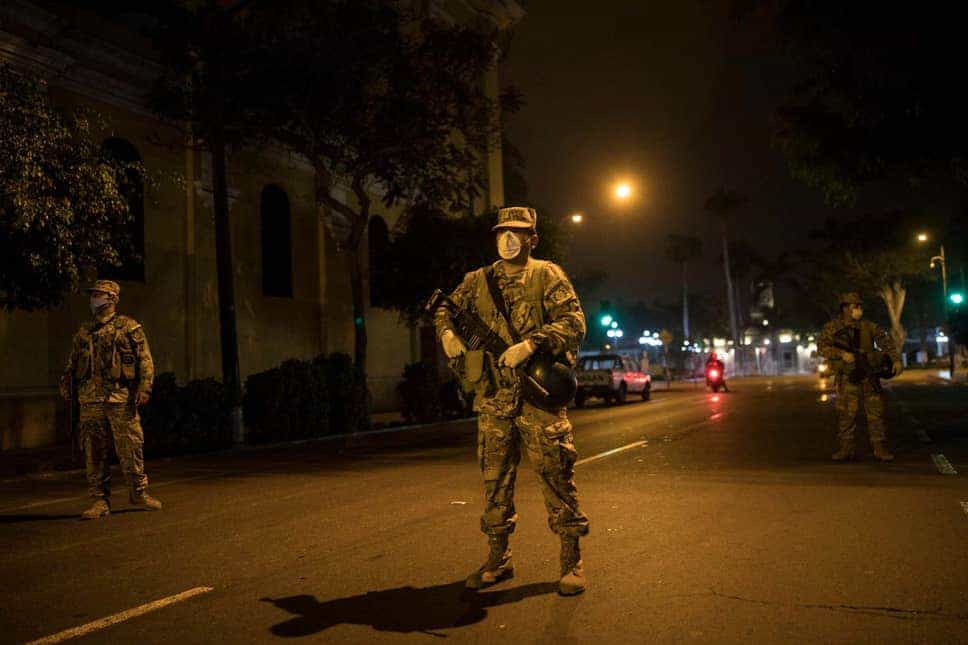 No country has been harder hit by Covid than my native Peru. Officially, the virus has
claimed 33,600 lives from a total population of 32 million – the worst fatality rate in the world. But the real figure is far higher. Peru has a rickety public health system, and relied on Chinese antibody tests rather than PCR tests, so many coronavirus casualties went undiagnosed. I spoke to half a dozen Peruvians this week, including a doctor and a government official. All of them thought the true number of Covid deaths was closer to 80,000.

What has turned the ancient seat of Spain’s Viceroyalty into such a global outlier? You might think the answer is obvious, namely that Peru is a poor, sprawling place, with shantytowns, crowded minibuses and teeming markets. But you’d be wrong. Well aware of its situation, Peru decreed what must surely count as the toughest and, relative to infection rates, earliest lockdown on the planet.

On March 16, when there were only 28 confirmed cases, Peru closed its borders and imposed an eye-watering curfew. Men and women were allowed to leave home on alternate days, and only for essential purposes. The restrictions were enforced by the army and, by and large, they were obeyed. Google images showed a massive reduction in the number of people outdoors.

The economic consequences were catastrophic. Even in a wealthy country such as Britain, closures hit folk with cash-in-hand jobs much harder than people who can work from home. In Peru, where around two thirds of the economy is informal, things ground to a halt. Yet it did not slow the virus. Peru’s excess deaths – the number of people who have died in 2020 as against what would normally be expected – are the highest in the world.

Yes, Peru’s healthcare system is poor, but no more so than those in many Latin American countries, let alone most of Africa, where the virus has not been nearly so lethal. Peruvians themselves, naturally, blame their government. Human beings will generally judge a policy less by its intrinsic merits than by whether they like the person proposing it. Thus, in Britain, where there is a Conservative government, Leftists argue that we should have locked down earlier. In Spain, where there is a socialist government, it is the other way around, and Rightists have convinced themselves that the epidemic was far worse because big events to mark International Women’s Day on March 8 were allowed to go ahead.

In both cases, we are giving in to bogus anthropocentrism, imagining that there must somehow be a human hand in big events. Our ancestors blamed plagues on witches or religious minorities. We blame them on politicians.

What is actually going on in Peru? Yes, it has a poor water supply, crowded slums and the rest, but no more so than many countries that have come through with few deaths. Vietnam, for example, faces many of the same challenges, yet it has suffered only 35 fatalities from a population of 96 million.

Perhaps there are differing levels of pre-existing immunity, or at least of resistance. Peru’s worst outbreak was in Iquitos, the largest settlement in the world that cannot be reached by road or rail. To get a sense of quite how remote that jungle city is, you have to imagine a map of South America, with Peru on the left and the vast expanse of Brazil to its east. Although Iquitos is 600 miles from Lima as the crow flies, the only way to get there, before air travel, was to paddle nearly 2000 miles down the Amazon to Brazil’s Atlantic coast, and then sail all the way back round to the Pacific. I can remember, as a boy, when elderly Iquiteños spoke English with a Scouse accent, because Liverpool had been a more accessible city than Lima to complete their studies.

Could that extraordinary isolation have made local people more susceptible? The Brazilian city of Manaus, further down the Amazon, was also peculiarly badly hit. Maybe the peoples or those remote towns had had less exposure to previous coronaviruses – just as the Vietnamese, after SARS, had had more. Or perhaps, as Hitoshi Oshitani from Japan’s National COVID-19 Cluster Taskforce says, there is a dollop of luck involved, in the sense that the coronavirus is overdispersed, meaning that a small number of superspreaders are responsible for most cases.

We don’t know for sure. But, looking at Peru, with the harshest restrictions in the world and the worst outcome, it seems clear that lockdowns are not the key factor. Sadly, though, the desire to attribute human agency, to find someone to blame, is embedded deep in our DNA. We would rather demand crackdowns than accept that we are dealing with something outside our control. And, alas, we keep getting our wish.