PERFORMATIVE CONTRADICTION: Growing List of Canadian Politicians Caught Vacationing Abroad After Own Warnings Not To

An expanding list of Canadian politicians are in hot water after being caught vacationing or travelling abroad amid a worsening COVID-19 pandemic at home.

Here is a quick rundown of the politicians involved thus far:

Ontario Finance Minister Rod Phillips resigned after news emerged that he vacationed in the Caribbean island of St. Barts, although his social media presence made it seem otherwise. His office released tweets and Instagram posts of the minister while he was away – making it appear he was in Ontario all along.

When confronted at Toronto’s Pearson Airport on Dec. 31, Phillips called it a “dumb mistake.”

Public anger was also aimed at Ontario’s Premier Doug Ford – despite his public condemnation of Phillips’ decision – as it became clear Ford knew about the vacation two weeks ago.

“At that time I should have said ‘get your backside back into Ontario’ and I didn’t do that,” Ford said.

On Jan. 3, Brampton West Liberal MP Kamal Khera tweeted that she would “step aside” from her role as parliamentary secretary to the minister of International Development after visiting Seattle, Wash. on Dec. 23 for a private memorial for her uncle and father, both of whom passed away during the past few months.

“My decision to run as a Member of Parliament was ultimately born from my desire to serve my community,” Khera wrote in the statement. “I am therefore choosing to focus my efforts on the most pressing concern in our fight against COVID-19; to ensure we are able to vaccinate as many people as possible, as fast as possible.”

On Jan. 4 while still abroad, Conservative MP from Ontario David Sweet resigned as chair of the House of Commons Access to Information, Privacy and Ethics Committee, and has announced he will not be running again in the next federal election.

According to the party, Sweet travelled to the U.S. to deal with a “property issue” but then stayed afterward “for leisure,” without telling Conservative Leader Erin O’Toole or the party’s whip.

“Albertans have every right to expect that people in positions of public trust be held to a higher standard of conduct,” said Kenney’s statement. “Millions of Albertans have made real sacrifices over the past 10 months to help keep each other safe. They are right to be angry about people in positions of leadership vacationing outside of the country.”

Municipal Affairs Minister Tracy Allard, who vacationed in Hawaii, has resigned from her role, Kenney announced.

“Alberta’s premier had previously declined to sanction the officials over their holiday trips, but on Monday, Jason Kenney reversed course, announcing he had fired his chief of staff and accepted the resignation of his municipal affairs minister.”

Allard’s Instagram account posted a video of her delivering a holiday message in front of a Christmas tree at the Alberta Legislature Building while she was away from Dec. 19 to Dec. 29 – a move she denies was to cover-up her location.

Other MLAs have been stripped of their additional roles, such as committee memberships, for travelling abroad amid the pandemic.

Late on Jan. 1, CTV Calgary confirmed Calgary-Klein MLA Jeremy Nixon was also vacationing in Hawaii and would be returning on the “earliest available flight” after being told to return home, according to the premier’s office.

Kenney has accepted his resignation as parliamentary secretary for civil society.

He has also accepted the resignation of Jason Stephan from Treasury Board, over his international travel.

Rehn’s Facebook photos of him in a Mexican cave wishing people a merry Christmas were shared widely online, along with other posts urging Albertans to stay home and save lives.

Calgary-Peigan MLA Tanya Fir travelled to the U.S. to visit her sister. She apologized and has returned to Canada, but has lost her committee responsibilities.

On Jan. 2, CTV Calgary confirmed that Red Deer-South MLA Jason Stephan travelled to the U.S. and is “returning to Alberta in line with the premier’s directive.”

Stephan stood by his decision to travel abroad in a statement on Facebook.

“I support individuals and families having the freedom to choose for themselves whether they travel or not, provided they are respectful of others in doing so. International travel, in and of itself, does not negatively impact Alberta’s COVID curve if it is done responsibly,” he wrote.

“I do not consider myself an exception to health guidelines. I have never asked Albertans to do things that I myself would not do – and that includes not travelling.”

He has also lost his legislature committee position, as has Fort McMurray-Wood Buffalo MLA Tany Yao.

A spokesperson for the United Conservative Party caucus told CTV News by email on Jan. 3 that Yao was “currently in Mexico.

“We are attempting to contact him to advise him to return as per the premier’s directive,” the statement said.

Kenney has also accepted the resignation of his chief of staff, James Huckabay, who travelled to the U.K. and came back via the United States on Boxing Day.

Two education ministry press secretaries were also vacationing in Hawaii after photos surfaced of them on a beach. They have since deleted their social media accounts.

On Wednesday, CTV News Edmonton reported that Michael Forian, press secretary for Alberta’s Education Minister, was spotted in a photo with another staffer seemingly vacationing in Hawaii for Christmas.

In photos shared on Instagram, Forian appeared to be a beach with his arm around a woman tagged as Eliza Snider, press secretary for the minister of advanced education. Forian later deleted his two social media accounts after receiving online backlash to the photos.

It is unclear when the photos were taken and neither the premier’s office nor press secretary for the education ministry responded to CTV News Edmonton’s request for comment.

“There has been no non-essential travel and he has complied with all public health guidance, including the Alberta border testing program, each time he has travelled,” read a statement issued to CTV News

The NDP said Jan. 1 that MP Niki Ashton travelled abroad to visit an ailing family member in Greece, which Ashton later confirmed in a tweet.

NDP leadership said they were not aware of the trip and that Ashton had not informed them of her intentions before she left.

The party stated in the release that while they were “sympathetic” to Ashton’s plight, that she would be removed from her shadow cabinet critic roles moving forward.

On Jan. 4, CTV News confirmed that Conservative Sen. Don Plett took a personal trip to Mexico over the holidays and is now quarantining in his home province of Manitoba.

“Senator Plett travelled to Mexico on December 28th, upon arrival he reflected on his decision to travel and immediately made arrangements to return home on December 31st,” read a statement said from spokesperson Karine Leroux. This was the only trip outside of Canada that Plett has taken since March 2020, according to his office.

Liberal MNA Pierre Arcand and his wife returned home to Quebec on Friday, Jan. 1 after being spotted in Barbados’ Glitter Bay region. Arcand apologized for his travel and said he “regrets” doing it, but said he would not step down.

Arcand maintains he and his wife got tested for COVID-19 before they left from Quebec and again when arriving in Barbados.

On  Jan. 4, the Quebec Liberal Party announced that Arcand would be stripped of his shadow cabinet duties.

CAQ MNA Youri Chassin was also caught internationally visiting his husband in Peru. His party released a statement said his trip was planned in order to wrap up immigration procedures for his spouse, who he had not seen in a year.

On Jan. 3, Liberal MP Sameer Zuberi revealed in a Twitter statement that he and his family had travelled to the U.S. in December in order to visit his wife’s grandfather, whose health was deteriorating.

“I recognize that travel during this period, when so many are limiting interactions with loved ones, was an error in judgement. I apologize to my constituents for the disappointment I may have caused,” he wrote.

He returned on Dec. 31, and has been quarantining since.

Another Liberal MP, Alexandra Mendes, confessed Jan. 3 that she had also travelled internationally. In a Twitter post, she said that her husband’s mother, who lived in Portugal, had died in May.

“My husband and I felt it would be irresponsible to travel to Portugal at that time, even to accompany her in her last days,” Mendes wrote.

In July, as some lockdowns measures lifted, Mendes and her husband went to Portugal to deal with his mother’s estate after her death. She added that she had informed the Whip and the Speaker’s office before she travelled, and that she had followed the proper quarantine measures.

Patricia Lattanzio, Liberal MP for St-Leonard-St-Michel, posted on Twitter on Jan. 3 that she had also travelled abroad. In September, she went to Ireland to help one of her daughters move to attend school there — a trip she described as “essential and necessary.” She followed quarantine requirements when she arrived home, she said.

Liberal MP Lyne Bessette posted a statement on her Facebook on Jan. 3 detailing an international trip she had made in the summer during the parliamentary recess. She explained that her parents had gone to Mexico in October 2019 with the intentions of spending the winter there, but had returned home to the U.S. at the beginning of the pandemic out of fear that her father’s precarious health, which had required hospitalization, would put him at risk of COVID-19.

In the process, they left behind their belongings in Mexico. Bessette travelled herself to Mexico in the summer to retrieve the belongings, including a mobile home and a vehicle.

“On my way back to Canada, I made a brief stop in Massachusetts to finalize the sale of my home,” Bessette added, saying she quarantined when she arrived home and had followed health guidelines during the trip.

Bessette’s Facebook did not show any sign of this summer trip. She explained in her statement that “during this period, my team kept up my social media presence by sharing publications of events that had taken place earlier in the summer.”

On Jan. 4 Saskatchewan Party MLA and Highway Minister Joe Hargrave has resigned from his ministerial role, after his trip to Palm Springs, Calif. was made public on Dec. 30.

The trip was taken to finalize a sale of personal property, he said, later calling it an “error in judgement.”

Hargrave apologized and said he had informed Premier Scott Moe of his travel plans. His wife is also on the trip.

The couple plans to return to Canada after their self-isolation period in California ends on Jan. 5.

The government has also said that Corrections Minister and MLA for Regina Wascana Plains Christine Tell was in California from Oct. 30 to Nov. 9, to be with a family member who was ill with a non-COVID-19 related illness. 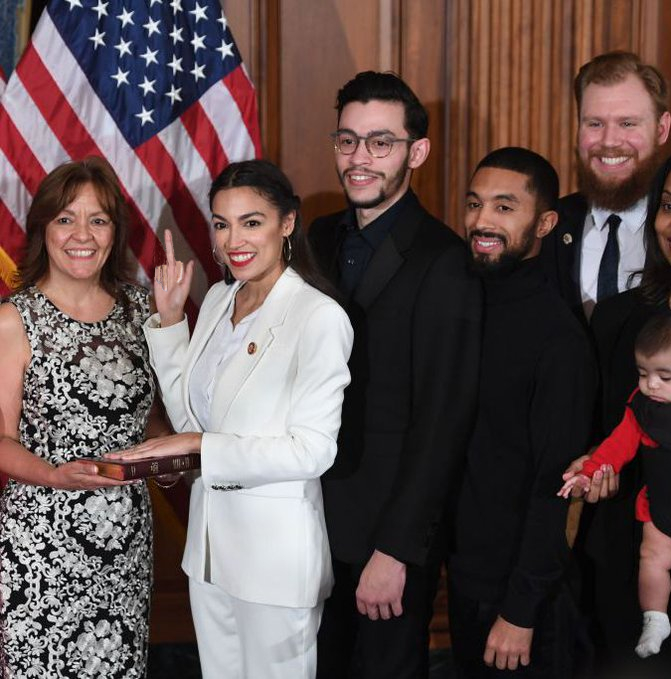 If the change to this new comments platform means “Awaiting for approval” every time I add a picture… Bye Bye!