"Christians? These Christians support a war on Yemen in which huge numbers of people are dying of mutilation, cholera, and starvation, a war they could stop with a telephone call"

Pompeo: “My Faith in Jesus Christ Makes a Real Difference”

“As a Christian, I certainly believe that’s possible,” said Mr Pompeo….”I am confident that the Lord is at work here,”

Pence, a Catholic Evangelical who almost became a priest: “I made a commitment to Christ.”

Christians? These Christians support a war on Yemen in which huge numbers of people are dying of mutilation, cholera, and starvation, a war they could stop with a telephone call. They similarly support butchery of Afghans from the air, massive killing in Syria, bombing of Somalis, and torture chambers around the world. Such is their Christianity. They lack even a shred of human decency. But they are Christians.

Tell me, Mr Pompeo, Mr. Pence:. Have you ever seen a child die of starvation? I have heard it described. It takes many days. Crying, crying, crying, slowly getting weaker. The mother, frantic, desperate, going crazy. The child holds out his arms, expecting as children do that their mother will do something. The crying eventually stops. But maybe you would get more of a kick out of watching one die of cholera caused by your wars. Death by cholera is quicker, but more interesting: Puking and defecating uncontrollably, crying, crying. The dehydration kills them. Neat, huh? Meanwhile, Mike, you eat prime rib in Washington and talk of the sanctity of your faith. You are a goddamned pious monster. May you rot in hell, if any.

We have Pompeo, a malignant manatee looking to start wars in which he will not risk his flabby amorphous ass also parading his Christianity. Bolton, a mean sonofabitch who belongs in a strait jacket, at least doesn’t pose as someone having a soul. And the Golden Tufted Cocatoo, too weak to control those around him, preening and tweeting. God save us.

Those of a certain age may remember Christianity as a vague though real niceness practiced by people who would have been equally nice without it. Christmas meant trees glowing with lights and a nativity seen on the town square, this not yet being illegal, and choirs of children singing carols in front of houses, carols on public streets not yet having been found unconstitutional. It means a spaniel-eyed Jesus looking skyward in sappy adoration. It was pleasant. This is not the Christianity of Pence and Pompeo. They are amoral Christians. They are cruel Christians. They are evil Christians.

Read the rest at: Fred on Everything 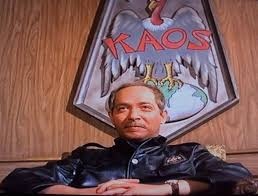 “Those of a certain age may remember Christianity as a vague though real niceness practiced by people who would have been equally nice without it.” You talkin’ about the nice people who happily murdered 150 million of their racial brethren at the behest of their santic anti-Christian kosher overlords during The Great and The Good wars? Really?

Thankfully what’s described in the article and the article from which it was taken is NOT true Christianity. Yet so many people mistakenly think it is.

We judge them by what they do. On this basis Christianity has problems.

Pompous Mike will never fit through a McDonalds Arch, never mind the eye of a needle.

There is no such thing as an evangelical Catholic, people who call themselves evangelical are crazy lunatics who think they are special.

‘The Child Raping and Witch Burning Self Righteous Hypocritical puritan yankee “christians” are Unrepentant and PROUD of Their Evil.’
http://www.johnccarleton.org/BLOGGER/2019/04/15/the-child-raping-and-witch-burning-self-righteous-hypocritical-puritan-yankees-are-proud-of-their-evil/

LOL! A Southerner shouldn’t talk about others raping children. It seems to be normal for Southerners to get to their daughters first.

For I testify unto every man that heareth the words of the prophecy of this book, If any man shall add unto these things, God shall add unto him the plagues that are written in this book: 19 And if any man shall take away from the words of the book of this prophecy, God shall take away his part out of the book of life, and out of the holy city, and from the things which are written in this book.

It’s a new definition of a Christian.

It much resembles calling Pontius Pilate a Christian.

According to the New Testament, Pilate And His Wife Attempted To Defend Jesus. But, he was under orders to keep the Jews calm at all costs because Rome couldn’t spare more troops for Palestine.

The Jews threatened riots and worse if Jesus wasn’t executed.

xtian or #xtian is what many Orthodox call them and their “judeo xtianity”.

there is no such thing as a cruel christian.
a true follower of Christ is not cruel.

there is no such thing as an evil christian.
a true folllower of Christ is not evil.

there is no such thing as an amoral christian
a true follower of Christ is not amoral.

it’s all BS fred and you fell for it.

@JustPassing Through. From your description of “Christians” I have to conclude that there are no “Christians” on this earth!

Was thinking about this very topic about two days ago. As practiced in the Five Eyes nations, Satanism and Sunni Islam appear to have supplanted Christianity, but maintaining a few appearances.

I don’t really see a point to your rant, other than labeling men as evil and basing that on the fact they do what is sometimes required due to their position which has nothing to do with one’s faith, even though they wear their faith on their sleeve. You, and them are mingling US Foreign policy with faith to a degree. Yet, I don’t see you condemning Islam, or the. Muslims for being the actual ones commuting some of these heinous acts. Of course not, it’s easier and more politically correct to codemn Christianity.