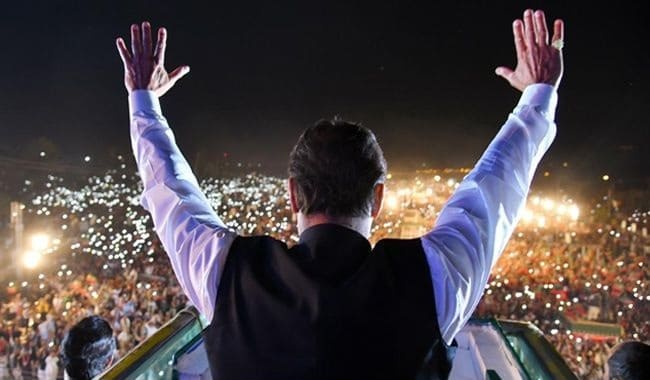 Pakistan’s Prime Minister Imran Khan accused an unnamed “foreign power” – in a clear reference to the United States – of funding a “conspiracy” to topple his democratically elected government.

Addressing a large rally in the capital Islamabad on Sunday, Khan said the “foreign power” sent millions of dollars to opposition parties to launch a no-confidence vote against him in the parliament.

Khan, who had formed a coalition government after winning the election in 2018, said he was the subject of a “foreign conspiracy” aimed at dislodging his government and that “funding was being channeled into Pakistan from abroad.”

A no-confidence motion has been tabled in Pakistan’s National Assembly, with days of debates expected to start next week before the vote. The opposition needs a simple majority to oust Khan, after which a new prime minister would be chosen by the parliament.

“We have been threatened in writing but we will not compromise on national interests,” said Khan, who met with Vladimir Putin in Moscow on February 24, the same day the Russian leader ordered a military operation in neighboring Ukraine.

Before that, Khan visited Beijing in January, defying US President Joe Biden’s call for a diplomatic boycott of the Winter Olympics.

“The money is from abroad and the people that are being used are ours (Pakistan’s). Some of them unknowingly, and some knowingly, are using this money against us,” the prime minister said.

“Attempts are being made to influence our foreign policy from abroad. We have been aware of this conspiracy for months. We also know about those who have assembled these people (the opposition parties) but the time has changed. This is not the era of Zulfikar Ali Bhutto,” he said, referring to the former prime minister of Pakistan who was allegedly threatened by former US Secretary of State Henry Kissinger over the country’s nuclear program.

Bhutto’s government was toppled and he was hanged by the military in 1979. 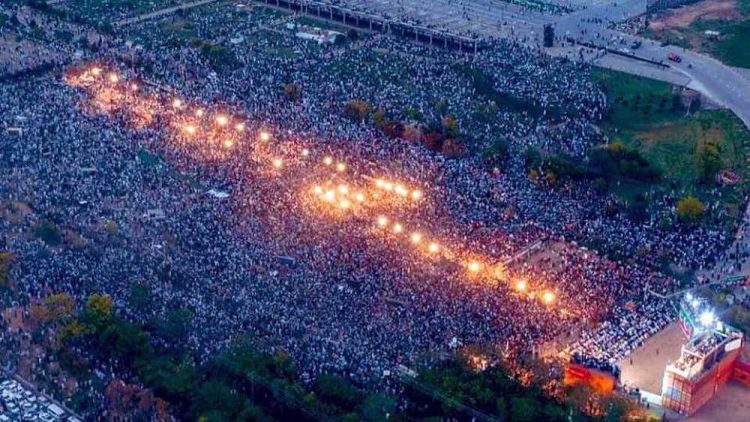 “This is the era of social media. Nothing can be hidden. We will not accept anyone’s dictation. We will have friendships with everyone but we will not submit ourselves to anyone,” Khan said.

“Attempts are being made through foreign money to change the government in Pakistan. Our people are being used. Mostly inadvertently, but some people are using money against us. We know from what places attempts are being to pressure us. We have been threatened in writing but we will not compromise on national interest,” the Dawn newspaper reported.

Khan then splashed a letter and said it would prove his point. “I am placing the case of Pakistan’s independence before you. The letter I have is proof and I want to dare anyone who doubts this letter. I will invite them off the record. We have to decide for how long we will have to live like this. We are getting threats. There are many things about the foreign conspiracy which will be shared very soon.”

Asad Umar: It looks like we will come with 2/3 majority next time

“The nation wants to know who the man sitting in London is meeting with and whose directions the characters based in Pakistan are following? I am revealing the proofs we have. I cannot talk more in detail because I have to protect the interest of my country. I cannot talk about anything that harms my country. I could have told you about it. I do not fear anyone but I care about Pakistan’s interest,” he stated.