Brilliant move: Trump hammers another nail in the petrodollar coffin

Editor’s note: It is understandable why the US is frustrated with Pakistan. It is an open secret the country is the main backer of the Taliban resistance against US occupation of Afghanistan. But it is also understandable why Pakistan does so – because it fears the very real prospect the US-sponsored government in Kabul will align the country with India. In other words Pakistan has limited regard for US interests in Afghanistan because the US itself has next to no regard for Pakistani interests there.

That in mind, Trump bashing Pakistan (the recent Twitter attack is just the latest instance) is perhaps understandable, but it is certainly not very wise. After all his Afghan surge relies on Pakistan for access to the country. Without Pakistan’s acquiescence the US occupation of Afghanistan is not even possible.

Still, cutting US access to Afghanistan would be the nuclear option – a move that would be seen in Washington akin to a declaration of war. Unfortunately for the US, with China increasingly looking for ways to bolster the yuan at dollar’s expense it turns out Pakistan has a less drastic way of retaliating as well – start ditching dollar in trade with China. 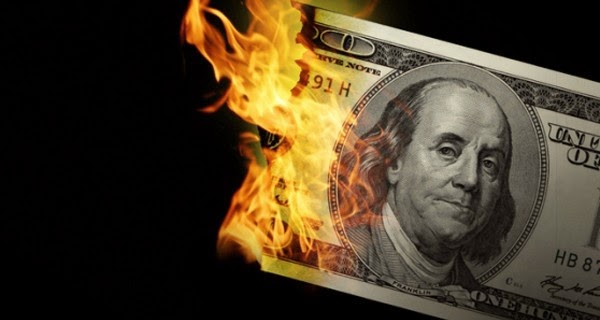 Just 24 hours after President Donald Trump took aim at Pakistan on Twitter, the South Asian nation already appears to be cozying up to the world’s second-largest economy.

A day after the U.S. leader slammed Islamabad for harboring terrorists in a New Year’s Day tweet, Pakistan’s central bank announced that it will be replacing the dollar with the yuan for bilateral trade and investment with Beijing.

China has been watching closely as U.S.-Pakistan relations become increasingly strained. Trump has long demanded the frontier economy to do more on counter-terrorism while he simultaneously grew closer to its arch-rival, India.

“Pakistan and the U.S. have had a fraught relationship for years, but the big change recently has been China,” said Simon Baptist, Asia regional director at the Economist Intelligence Unit.

“China has really gone hard in cementing its existing relationship with Pakistan, it’s really the only place that’s seen significant investment under the Belt and Road initiative and China has been pushing for geopolitical advantage there.”

Islamabad is home to one of Beijing’s central infrastructure schemes, a near $60 billion collection of land and sea projects known as the China-Pakistan Economic Corridor — a centerpiece of Belt and Road.

And with a steady stream of Chinese capital under its belt, Pakistan may no longer be receptive to American threats, the most recent of which involves Washington cutting off security assistance.

“Pakistan balks far less at reductions in American aid, which, as the former points out, has dwindled in recent years anyway. China, on the other hand, has promised Pakistan $57 billion in investments on infrastructure and energy under its Belt and Road Initiative,” Madiha Afzal, a nonresident fellow at Brookings, said in a recent note. “All this means that America has far less leverage over Pakistan.”

“The history of Pakistan’s relationships with China and the United States also shows that Pakistan’s policy does not respond to strong-handedness, but to loyalty, and to being treated with dignity,” she continued.

For Beijing’s part, a Monday editorial published by Chinese state-run news outlet Global Times said that “China and Pakistan enjoy an all-weather strategic partnership of cooperation, Beijing will without doubt not give up on Islamabad.”

Regardless of hardened rhetoric between the White House and Islamabad — Foreign Minister Khawaja Asif recently dismissed Trump’s outburst as a political stunt — the two nations are expected to continue cooperating this year.

Ultimately, Washington needs Pakistani cooperation to address its concerns about Afghanistan and Iran, Baptist said, adding that it remains to be seen if Trump’s social media tirade will translate into real policy change.