Pair of US Reaper Drones Goes Down Over Syria After Collision

Turkish-backed al-Qaeda rebels claimed them as shot down

Images of burning aircraft crashing to the ground were posted on Twitter Tuesday. There was speculation that the aircraft were MQ-9 Reapers — a remotely piloted aircraft used predominately as an armed hunter-killer drone, but also capable of surveillance and intelligence collection — and were shot down.

However, the defense official could not confirm the type of drone involved.

Reports indicate there was a collision, the defense official said, but whether they were shot at afterwards — and whether that caused the crash — is unclear.

BTW it seems there two big UAVs were shot down. As we can see above, one is MQ-9, second possible also MQ-9 or another big UAV. pic.twitter.com/f09EVMTyPL

In short, tonight, the #Turkish Soldiers or supported militants from MANPADS shot down an #American (strike) UAV MQ-9.#Americans will not forgive, so we are waiting for the strikes of the Coalition Air Force on Idlib.#Syria pic.twitter.com/mkahU9UmIz

A shootdown of a Reaper is not without precedent.

Houthi rebels in Yemen shot down a Reaper in June of 2019, according to a CENTCOM statement at the time.

CENTCOM said the MQ-9 Reaper was shot down by Houthi rebels with a SA-6 surface-to-air missile that was enabled with Iranian assistance, according that release.

The slow-moving aircraft, with a cruising speed of 230 miles per hour, according to the Air Force, costs about $64 million for a unit of four aircraft plus sensors.

The weapon has been in use for some time, while its existence has been kept under wraps by the Central Intelligence Agency and the Pentagon, according to the Wall Street Journal.

Spawned from the widely-used Hellfire missile, the R9X — also known as “the flying Ginsu” or “ninja bomb” — is equipped with a non-explosive warhead capable of pummeling its target with over 100 pounds of screaming metal.

The precision ninja bomb is also kitted out with six internal blades that can cut through buildings or cars with ease. These long blades deploy in the shape of a halo around the missile moments before it pulverizes its target like a heaven-sent anvil cheese grater, officials told the WSJ.

Deserved payback for border check point killing of Syrians!! Get the H out of Syria, US!!

GOOD, but unfortunately they’ll just make more, and the rich will get richer.

It couldn’t have happened to a nicer military…of course, the operators were ignoramuses and have probably been put in the brig! Go get ’em, DC! haha

Probably jammed and made to collide with each-other? Now who could do such a thing?

Poorly written AI that emulates equally idiotic human management.
It’s all good. Those who make the hardware profit from its destruction and replacement. 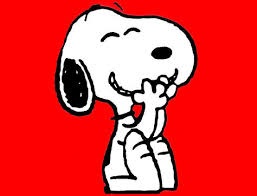 I doubt that was an accident. But whatever the cause — GOOD!

Bill Gates Warns of the…

Love the Bee! “If we go just 15 years without ...
Recent Comments

Tech Giants “Are Private Firms…
28 Feb 21 by Joe_Below
The fallacy here is you must rely on them while ...

Masks Are the Vestiture of…
28 Feb 21 by Richard P Martin
RESIST! …no fraudulent pandemics with no scientifically verified “virus’s” …no ...

Tech Giants “Are Private Firms…
28 Feb 21 by ken
Corporations are a creation of government and therefore should be ...