Only there they aren't fighting fires but aiding a foreign occupation

More than half a million Oregonians have been forced to flee their homes, as wildfires continue to ravage the West Coast of the United States. Amid record-breaking temperatures, the wildfires, which have charred one million acres of land, have caused the sky to turn a terrifying shade of red, with many comparing it to Mars, hell, or the apocalypse. Air quality in Portland, the state’s largest city, is currently the lowest in the world, below even that of infamously polluted cities like Delhi and Beijing.

This was yesterday afternoon in Salem. pic.twitter.com/ZlXC8JXfwi

The state’s Democratic governor Kate Brown did not mince words when advising what to do. “Get the hell out,” she told her fellow Oregonians. While Brown described the fires as “unprecedented,” she also warned that they “will not be a one time event.” “Unfortunately, it is a bellwether of the future,” she said. “We are seeing the devastating effects of climate change in Oregon, on the entire West Coast, and throughout the world.”

Firefighters are having a great deal of trouble dealing with blazes of this size and ferocity, despite receiving support from the rest of the country. A group of Mexican firefighters also arrived in the state yesterday, keen to help their American compatriots. One major reason they are having such difficulties combatting the blazes, the Portland Tribune noted deep in one article, is that many of the state’s largest firefighting aircraft are not available because the Department of Defense has sent them to Afghanistan to fight in a 20-year-old war. Six Chinook helicopters, for example, have been redeployed to the Asian nation, critically undermining both rescue and firefighting missions at home.

The Defense Department’s decision is the latest example of the skewed priorities of the U.S. government when it comes to protecting its citizens. More than twice as many people have already died in California alone from the summer’s wildfires than Americans in Afghanistan all year. The occupation of Afghanistan will turn 20 years old next month, and, with troops removals being blocked, shows no sign of coming to an end soon. Even before the latest increase, the United States’ military budget already rivaled that of the rest of the world combined. In July, both Congress and Senate rejected a bill calling for a modest reduction in defense spending, overwhelmingly voting against it.

What the government could have done to improve the country with the savings is considerable. The National Priorities Project calculated that a ten percent cut in military spending would be enough to end homelessness in America, fund free college for two million students, convert the U.S. to renewable energy, hire 900,000 new teachers, or send two more $1,200 checks to every American.

While Oregon is among the hardest hit, states across the western United States are feeling the impact of colossal wildfires. In Washington state, more acres were burned on Monday alone than in 12 of the past 18 years of forest fires, according to Governor Jay Inslee, with the large majority of the state under a red flag fire warning.

Meanwhile, the fire season has been particularly harsh in California, with six of the state’s twenty largest fires in recorded history occurring this summer. Authorities have been critically short on firefighters as the prisoners it normally uses to tackle the blazes have been locked down because of a COVID-19 epidemic raging through the state’s prisons. Inmates are paid between $2.90 and $5.12 per day, plus $1 per hour to risk their lives, and are barred from applying for jobs in the fire department once they are released.

Oregon has fared relatively well at limiting the spread of the coronavirus, with fewer than 500 deaths statewide. However, with half a million people fleeing their homes, it is feared that the communal indoor spaces they are being relocated to will become hotbeds of transmission.

Governors like Brown and Inslee, as well as scientists, have explicitly framed the fires within the context of man-made climate change. “[The] West is on fire. Air can’t be breathed. Sky is pink. A half million [are] fleeing Oregon. An environmental reckoning has come. Whatever we call it — Green New Deal, Climate Revolution, End of Fossil Fuels — we must radically alter the way we live, or our lands will be uninhabitable,” wrote former Secretary of Labor Robert Reich.

Yet corporate media have been far less willing to discuss global warming. In a 1,700 word article entitled, “Extreme Heat Turns State Into a Furnace,” for instance, the New York Times failed to mention climate change even once. Perhaps more alarming was the choice of outlets across the spectrum to illustrate the historic and deadly September heatwave with happy pictures of Americans enjoying themselves at the beach, completely missing the severity of the climate crisis.

While the rhetoric of war planners is all about keeping Americans safe, the huge concentration of resources devoted to conflicts in the Middle East, it could be argued, is actually undermining Americans’ safety at home.

“However, with half a million people fleeing their homes, it is feared
that the communal indoor spaces they are being relocated to will become
hotbeds of transmission.”

Just call the indoor spaces BLM / ANTIFA racist getaways. The virus will understand just as it understands not to infect BLM / ANTIFA when they’re rioting and looting for equality.

Snippets of RNA don’t understand anything.

One would think that the abolition of posse comitatus would have removed the last disincentive to using the military to provide domestic firefighting and law enforcement.

The people are still armed so they’re cautious.

The people are cautious because they are armed?

They are does not refer to “the people”.
Do you feel some need to correct me all the time?

Anytime you leave something undefined, you invite speculation that subsequently requires correction. If they doesn’t refer to the people, to whom does it refer?

This is not a scientific forum moron.
We exchange ideas here and sometimes they’re imperfect. Don’t you have anything better to do like Hoarding toilet paper?

Be a lot less costly just maintaining the underbrush like they used to. I have very little sympathy for these people being burned out. First they voted the tree huggers in office. Second these fires have been happening ever year and getting worse,,, yet they tearfully hug each other rather than forcing their elected asswipes to have controlled underbrush fires. Year after year,,, same-o.

What they don’t GET is their “pubic servants” want their crap burned to a crisp so they won’t want to rebuild and others won’t want to build. No humans equal good. (except them of course) It’s all part of their saving mother Earth.

That little tyrant witch sicko governor telling you to get out,,, (she wants you out alright,,, all the way out! ) ought to give you a clue. Yes there will be more fires,,, because her and her ilk are starting them. While you are crying about your loss they are doing the high fives.

It’s an easy fix and guess what? No helicopters required. The military isn’t supposed to fight your fires unless all else fails. The goons in your govt are wasting so much money they depend on 6 choppers sent to Afghanistan to save them! (lol) How about this…

Nooo,,, can’t afford this can you. Too much time and money spent on free crap all over your State.

One of these equal 10 helicopters.

They wouldn’t need controlled burns if they’d stop putting out the small natural fires that are building up the bonfires of underbrush.

True, but what they really want is for everyone to leave. UN Agenda 21.

They want everyone to move into the big cities.
The UN has handed their agenda over to ICLEI, which is having a hard time making process in the western states. Jackson is the only ICLEI city in Wyoming, which is predictable since it is one of the two cities that Claire Wolfe calls liberal ghettoes.
If my house burned down and I got a nice insurance payment, I’d use it to buy a reasonable motorhome and wave goodbye to the “For Sale” sign on the lot.

Now these gringos gets to see what THEIR taxes paid for in Syria. They got the same treatment recently when gringos set all the crops on fire in that country. Sooooo nice to see these gringos gets a taste a their own medicine for a change. Hope the whole gringos country is gone soon from the fires.

That’s another way to get rid of protesters – light the whole place up – or fake more Covid #s and shut down the city, state etc. And PS: the MIC and their dope in Afghanistan, is far more important than any – citizen.

The opium poppies in Afghanistan are of far more interest to the CIA than the MICIMATT.

It has nothing to do with climate change but for the same reason California burnt to is the non removal of scrub by natural fire. Humans always trying to stifle mother nature!

People have seen young men with gas masks on due to the smoke, trying to start fires off of Hwy 213 near Silverton in a Red Lexus. Another guy in a black Cadillac SUV and a black dog was seen near Creswell trying to start a fire off the Hwy. And, a migrant man in Talent was CAUGHT starting a fire that killed 4 people!! How many fires were really” Man Made” by using matches or gasoline? The FBI and the Media say no ANTIFA people started the fires. Who do you believe, the Lying Leftist Media or ordinary people living on farms and little towns with no axe to grind? I believe the PEOPLE!! 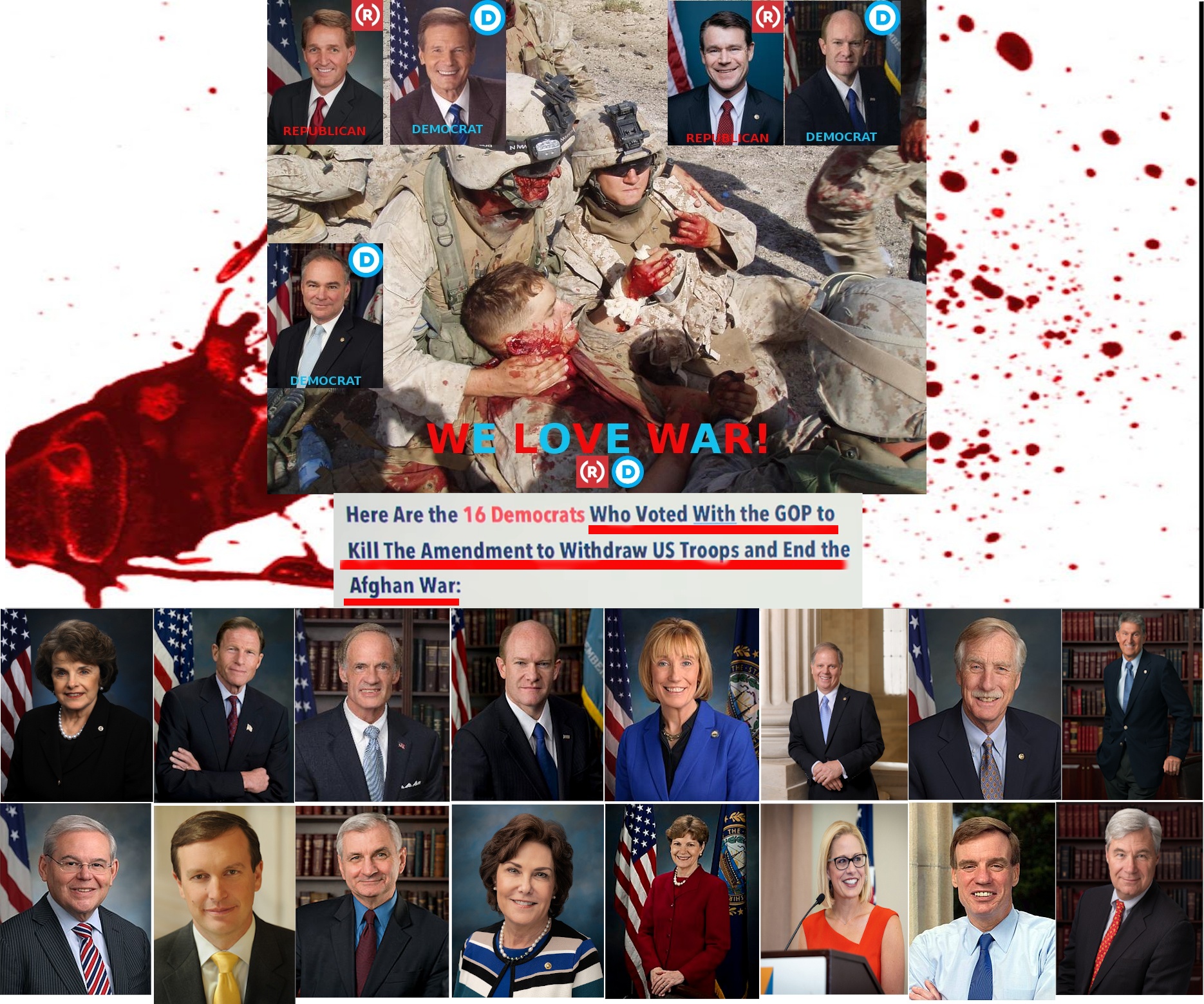 Enjoy the blazes! Pretend you guys are in one of the Countries you HELP destroy… 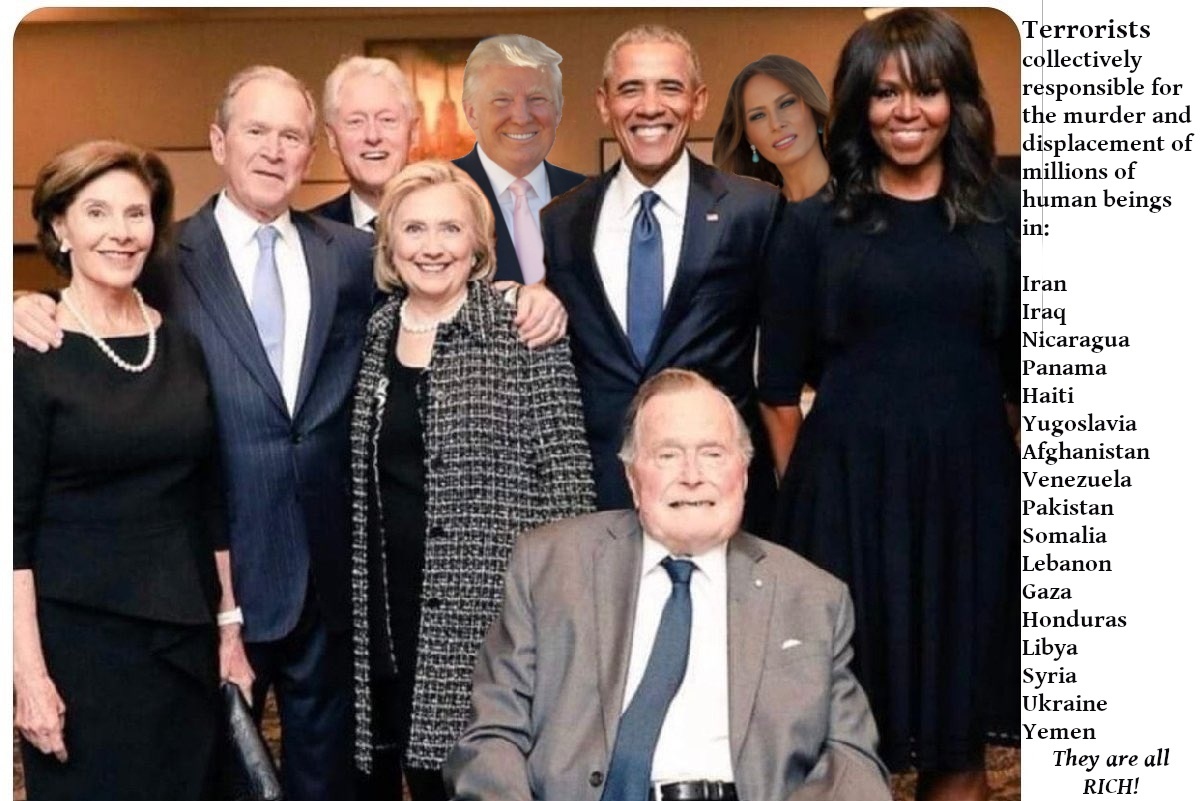 The war party is ALL party’s. There’s so much corruption and bribing that it takes $30 to $40 for every one dollar of product. They send American mercs (mercs because they are not defending the USA) to get killed which fills their pot of gold.

But hey,,, the same bastards will be voted in as it has been every year since only God knows when. Wars aplenty regardless of which presidential idiot gets the nod.

for primitive amerikans better to murder afghan children than protect their own people; shocked that the US media isn’t blaming these fires on Russia
perhaps ISIS recognizes that benzene and matches do the trick better than suicide bombs
these transgender perverts will prefer a female like Haspel or a fascist lesbian corrupt criminal like Killary for president