One-Third of US Backs Nuclear War on North Korea, Killing One Million

One-third of the United States population would support a preemptive attack on North Korea, even in a nuclear scenario, knowing it would kill one million innocent people, according to a recent survey.

The Bulletin of the Atomic Scientists, in collaboration with U.K.-based research firm YouGov, published a new study Monday detailing U.S. public opinion on military conflict with North Korea at a time when the pace of a historic peace process between the longtime rivals appeared to slow. Among the most “disturbing” results discovered was that “a large hawkish minority lurks within the U.S. public; over a third of respondents approve of a US preventive strike across the scenarios and appear insensitive to informational cues that most security experts would expect to reduce such levels of support.”

Little changed when the U.S. first-strike was switched from conventional to nuclear as “33 percent preferred.” In fact, “there is no significant change in the percentage who would prefer or approve of a U.S. nuclear strike when the number of estimated North Korean fatalities increases from 15,000 to 1.1 million, including 1 million civilians.”

The researchers said these results actually demonstrated a previously-established pattern among the U.S. public, which “exhibits only limited aversion to nuclear weapons use and a shocking willingness to support the killing of enemy civilians.”

The U.S. remains the only country in the world to have used nuclear weapons in combat with the August 1945 atomic bombings of the Japanese cities of Hiroshima and Nagasaki, killing an estimated 250,000 people. In the decades since, nuclear weapons have only grown exponentially in might and North Korea—created alongside South Korea when World War II allies the Soviet Union and the U.S. split the once-Japanese-occupied peninsula shortly after the bombings—has managed to develop a nuclear arsenal of its own in spite of strict international sanctions.

Shuttering North Korea’s nuclear program has been the goal of several successive U.S. administrations, but President Donald Trump hoped to break new ground by becoming the first in his position to meet a North Korean ruler with his debut summit alongside supreme leader Kim Jong Un in Singapore last year. The two agreed to move forward with a denuclearization-for-peace process, but even follow-up talks in the Vietnamese capital of Hanoi in February failed to produce any deal.

Despite blaming one another’s countries for apparent stalls in nuclear negotiations, Trump and Kim have managed to maintain an amicable relationship, demonstrated by their affinity for writing letters to another. Their occasional expressions of admiration for one another were a far cry from their initial impressions upon Trump’s entrance to office in 2017, a year that saw the two exchange threats of nuclear destruction.

The pair may have considerably changed their tone, but many others remain skeptical as Washington has insisted on its unconditional “complete, verifiable, irreversible denuclearization” approach. Should Trump and Kim’s relationship suffer a falling out, even more participants in Monday’s study indicated they would back the president in taking action.

“Across all conditions, approval for the US strike is notably (although not always significantly, in a statistical sense) higher than preference, meaning a number of respondents discount their personal preferences in favor of the president’s,” the report found. “For example, while ‘only’ 33 percent of the US public prefer a US preventive nuclear strike that would kill 15,000 North Koreans, 50 percent approve.”

Answers were also influenced by political beliefs. While most respondents overall opposed military action against North Korea, the “majority of Trump supporters prefer the US strike in every scenario, except when confidence in the effectiveness of the US conventional strike is 50 percent”—and even then it remained at 44 percent as opposed to a mere 8 percent for non-supporters. Separately, those who backed the death penalty were actually more eager to inflict a higher death toll among North Korean civilians.

“When the number of expected North Korean fatalities increased from 15,000 to 1.1 million, preference for using nuclear weapons among respondents who favor the death penalty increased from 38 percent to 49 percent (although this is not a statistically significant change),” the report found. “One respondent who supported the death penalty and the US nuclear strike in this scenario explained, “It’s our best chance of eliminating the North Koreans.’ Another simply stated, ‘to end North Korea.’ By contrast, preference for the nuclear strike among those who oppose the death penalty fell from 26 percent to 7 percent across the same two scenarios.”

The survey also exposed “how deeply misinformed Americans are about US offensive and defensive military capabilities,” partially blaming misleading claims made by Trump. More than a third of respondents felt that the U.S. could take out North Korea’s nuclear weapons in a single round of strikes and up to 74 percent thought the U.S. would be able to intercept a trio of incoming North Korea nuclear-tipped missiles—two assertions deeply disputed by experts.

The study concluded with a call “for a renewed effort at mass public nuclear education” and so scientists and social scientists “can communicate the facts and, therefore, influence the calculations of an informed public.”

Americans are always for a war, when they believe they’ll come out unscathed. That’s the faulty confidence one gains when they usually attack primitives. But when it’s against an equally equipped, trained and determined foe, Americans quickly lose their appetites.

The US is spiralling down into financial, economic and political collapse, losing its standing in the world and turning into a continent-sized ghetto full of drug abuse, violence and decaying infrastructure, its population vice-ridden, poisoned with genetically modified food, morbidly obese, exploited by predatory police departments and city halls, plus a wide assortment of rackets, from medicine to education to real estate… That we know. US is damaged beyond repair, or to acquiesce to the fact that most of the damage is self inflicted: the endless, useless wars, the limitless corruption of money politics, the toxic culture and gender wars, and the imperial hubris and wilful ignorance that underlies it all… This level of disconnect between the expected and the observed certainly hurts, but the pain can be avoided, for a time, through mass delusion.
It is argued that many wars are started by the declining power that sees a window of opportunity of stopping the decline.

It is my belief, if about 95-97 percent of Americans who vote in Sodom and Gomorrahs pretend elections went poof, disappeared, it would be a better world.

About half of American, perhaps more, do NOT vote in the illusions of Sodom’s elections, want NOTHING to do with Sodom and Gomorrah on the Potomac.

Probably why USA is forcing hundreds of thousands of third world hands out America hating scum on Americans.
They will vote in Sodom’s elections, which helps maintain the illusion of Sodom and Gomorrah’s “mandate to rule”.

If Evil US dares to nuke North korea…..North korea must turn Tokyo and Seoul into nuclear wastelands….These traitors in asia do not have right to live….

americans are very stupid people.
they have no experience with war.
they have no feeling for the home grown killers they send to kill others.
the one experience they need is a direct attack on one or more of their cities.
that would solve a lot of problems immediately.

The first part of your statement, about no experience with war, is accurate.

The second part, about what they “need,” reads just like American-style brutality.

what would you suggest?

If our media informed one-third of Americans that the DPRK has a defense treaty with China that runs through 2021, and that China’s ICBMs are bigger and faster and fly further than ours, would they be so eager to nuke it?

Somehow I doubt it. We are a nation of cowards.

This appears to be bad news on a sad situation.. in reality it may not be so bad since it has been shown the US Government has no concern for the opinion of Americans. 🙂 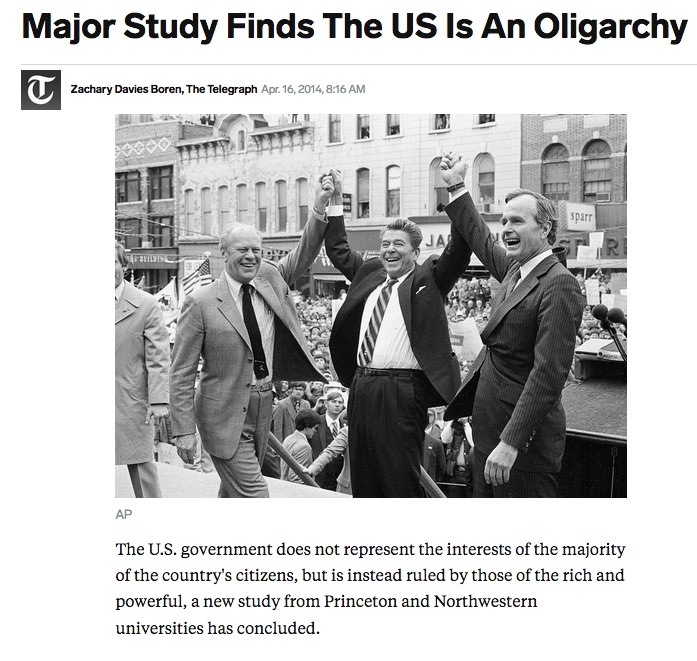 Yanks are sick in the head…Period!

It’s hard to know what to say about such a result, except there are an awful lot of American cold-blooded killers.

This is a society that has been immersed in murderous colonial wars since WWII. Estimates range from about 8 million to 20 million killed with none of the wars being about defense.

And week-in, week-out, America’s industrial-scale program of extrajudicial killing carries right on with young buzz-cut people sitting at screens in secret locations playing computer games with the lives of real people. Thousands have been killed without judicial process, just having their names put on a “kill list: by some CIA thug.

It is also a pretty brutal society internally. Police kill an average of three Americans a day, more than any terror group could hope to do. The prisons are notorious for the brutality of guards. And more Americans are held in prison than in any other society.

“This is a society that has been immersed in murderous colonial wars since WWII.”

The US has been immersed in murderous colonial wars since its inception, not just since WWII – brutally killing and destroying the culture of its indigenous population, warring with Mexico and Spain for territory, destroying States Rights and subjecting its own people to a horrific and bloody Civil War, its terrible economic sanctions and blockades across the globe destroying the lives of untold numbers of innocent people – the list just goes on and on. The reality is that America is the most powerful, bloodthirsty empire in the history of mankind, bar none.

I would only object to one issue in your comment.. There was no Civil War. A Civil war is when two or more parties seek control of the government. The Confederate States left the Union as was allowed for in the Constitution of the time. Jefferson Davis and Robert E. Lee did not seek sovereignty over the North. It was a war of secession, not a Civil War.

Yes, you are right, but every book in existence uses the term “the Civil War.”

Revisionist history is rampant but still, according to a web search, there are many sources, books, documentaries, Encyclopedias and including contemporary sources that refer to and chronicle the ‘War of Secession’.

I’m well aware of that.

What I am emphasizing is modern era mass-killing warfare.

America, in growing its early empire, was fortunate to have all pretty weak opponents.

Had Germany faced such as those rather than the powerful states it opposed, it might be ruling the world today.

America has always been a bit lucky in its expansion. Fairly weak enemies early on in the march West. Later, a world flattened by WWII which barely touched merica.

Add to this Guantanamo Bay. Many Americans agree with it, a prison black site with no charges against anyone. Torture camp including killings. Remember also they had black sites in Europe. People picked off the streets all over the world totured and also killed, all cold blooded. Of course all outside America so all fine why not attitude.