Saudi Arabia has announced that starting June 2018 women in their country will be able to get a driver’s license. (No word yet on whether permission from husband or father will be required.)

Well, think of this way. In nine months, on women driving, Saudi Arabia will finally become as progressive as…ISIS.

You see, in territories under the control of Islamic State women are allowed to drive. Here, take a look at this video. It shows a woman driving a car being stopped by religious police and then harrassed because her veil isn’t fully compliant with their rules. They don’t say a word about her driving:

Another thing that should be said is that given very real restrictions on Saudi women leaving the house unaccompanied a license to drive is a rather moot point for many. Also total driving ban for women did not happen out of the goodness of the king’s heart. It was a change forced from the bottom up.

For years now there has been a civil disobedience movement of women defying the ban. Maybe they finally got their way. Or maybe now that getting a license is theoretically possible those who are denied one for something unrealated to their driving ability, can be persecuted harshly for not having a license without it making waves. 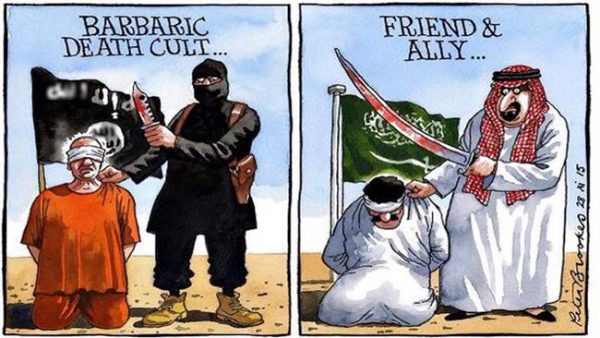