On the day both nuclear powers were conducting nuclear war drills 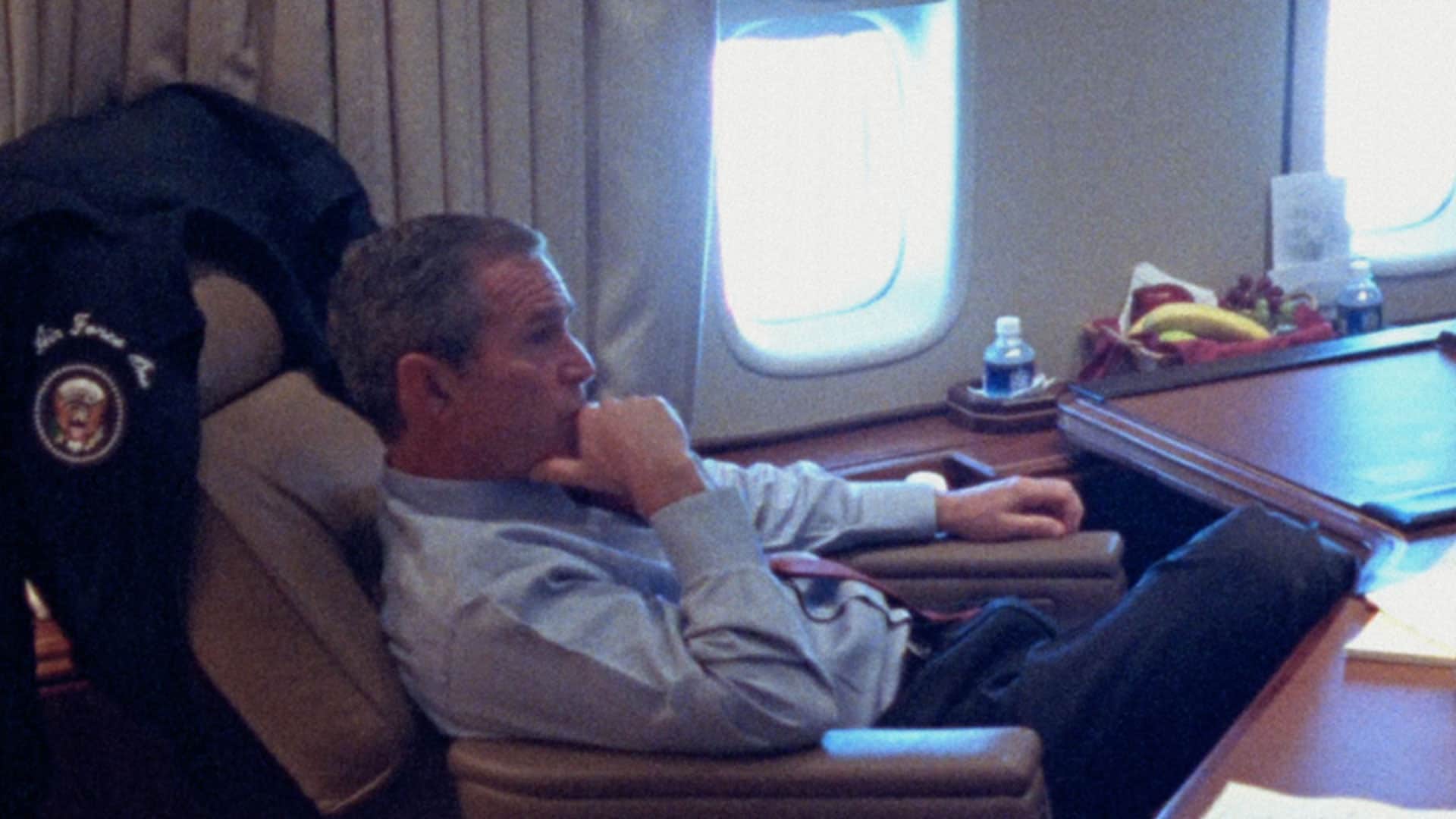 Perhaps the biggest newly uncovered secret is that on the morning of 9/11, when Al Qaeda struck New York and Washington, the Pentagon’s annual “Global Guardian” war game was in full swing. Three dozen real nuclear weapons had been loaded onboard intercontinental bombers in North Dakota, Missouri, and Louisiana.

When Bush left Florida on Air Force One amid fears that terrorists would try take down the presidential plane, he flew right into the middle of the war game.

Air Force One had climbed out of Sarasota airport 51 minutes after American Airlines Flight 11 plowed into the North tower of the World Trade Center and 12 minutes after the Pentagon was struck. The fourth and final hijacked passenger plane, United Flight 93, was still aloft over Pennsylvania.

For 30 minutes, the White House communications office tried but failed to establish a secure link between Air Force One and the Kremlin. National Security Advisor Condoleezza Rice (who speaks Russian), finally got on the phone with President Putin to arrange a mutual stand-down.

According to a new Pentagon history of 9/11, the pilot of Air Force One “flew the plane as high and fast as possible for better security.” The president’s aircraft can — and did — fly as high as 48,000 feet that day.

Because of intelligence of a specific terrorist threat to “Angel,” the codename for the President’s plane, Bush was sent essentially into orbit. His plane was low on fuel, and had no firm destination. The Bush national security team finally selected Barksdale Air Force Base outside Bossier City, Louisiana, as a place to put down temporarily because it had a secure area for refueling.

Adm. Richard Mies, the commander of U.S. Strategic Command (STRATCOM), which was overseeing the war game, had pulled the plug on the exercise as soon as he heard the news of the attacks in Washington and New York, according to an interview published this week in the Omaha World-Herald.

The game had turned “real world,” as the military likes to say, with war planners considering the various scenarios — the scariest of which was a terrorist plane attacking one of the airbases hosting nuclear warheads. Barksdale, where Bush was headed, was one of the primary B-52 bomber bases in the world.

“You would destroy half of Bossier City with the explosions,” Al Buckles, Strategic Command’s watch officer that day, revealed to the Omaha World Herald last week. “Nuclear weapons were exposed.”

When STRATCOM got word that President Bush wanted to land at Barksdale, munitions specialists scrambled to finish unloading the bombers.

In the midst of all that, NORAD and the FAA were implementing SCATANA (Security Control of Air Traffic and Navigation Aids), an emergency plan developed in the 1960s to ground all non-military aircraft in US airspace that was intended for use only in an all-out nuclear war.

Meanwhile, the Russians were calling. They had detected preparations for a readiness increase of U.S. military forces — DEFCON 3 — scheduled for implementation at 10:53 EST.

Gen. Ralph “Ed” Eberhart, the commander of North American Aerospace Defense Command in Colorado Springs that day, told the 9/11 Commission in now-declassified Top Secret testimony that moving to DEFCON 3 was hotly debated. It was not intended for 9/11 type scenarios, but rather nuclear war. It “could have complicated the response to the attacks,” Eberhart noted.

Rather than stand-down nuclear forces, as STRATCOM was doing at Barksdale, DEFCON response rules directed increased readiness. And if the alert level moved to DEFCON 2, the next highest level, nuclear weapons would again have to be reloaded on the B-52’s.

Coincidently, the Russians were in the middle of their own nuclear war exercise and their intelligence had now detected telltale signs of enhanced American force posture.

For 30 minutes, White House communicators tried to establish a secure line between Air Force One and the Kremlin, finally giving up. Russian-speaking National Security Advisor Condoleezza Rice then got on the phone with the Russian president to agree on a cooperative stand-down.

Until September 11, 2001, SCATANA—was was designed to provide unrestricted airspace for US bombers and ballistic missiles—had never been fully implemented, although it was partially activated on November 9, 1979, during a nuclear false alarm at NORAD. https://t.co/ZKcavA7KiT

Rice was in the underground bunker beneath the East Wing of the White House with Vice President Cheney and Secretary of Transportation Norman Mineta, who was directing the FAA’s decision to clear American skies of all aircraft.

Still in limbo, Air Force One was circling over Northern Florida.

And inside the plane, Bush was furious, virtually unable to communicate with the outside world at a time of crisis.

Those on board were told to switch their cell phones off so the plane could not be tracked. Bush could talk to Dick Cheney, but the official communicators hadn’t been able to put a call through to his wife Laura for more than three hours. “I couldn’t believe that the president of the United States couldn’t reach his wife in the Capitol Building,” Bush later wrote in Decision Points.

To add fuel to Bush’s fire, the Secret Service and his national security team also discouraged him from returning to Washington, worrying that the capital was still a target.