Offering a ‘Return to Normalcy,’ Biden Pledges Troop Surges in Iraq and Afghanistan

“We’re not doing any of this troop withdrawal malarkey"

WASHINGTON — After promising a return to normalcy after four turbulent years under his predecessor, President-elect Joe Biden took concrete steps in that direction today by pledging to order troop surges in both Iraq and Afghanistan on his first day in office.

“Americans today are more divided than ever before,” the former vice president said in a speech. “And those deep divisions are reflected here in Washington at the highest levels of government.”

“It seems like the last time Congress achieved a true bipartisan consensus was when we authorized the use of military force against Iraq back in 2002,” Biden said. “Those halcyon days can be ours again — and they will be, once troop levels return to 10,000 in both Iraq and Afghanistan!”

Soon after he is sworn into office in January, sources say Biden will order Pentagon leaders to draw up plans for tens of thousands of additional troops to be sent to Iraq and Afghanistan, and maybe even Turkey just for the hell of it.

“President Trump failed in his promise to ‘end endless wars’ but I’ll tell you this,” Biden said. “We’re returning to normalcy, returning to decency in the presidency, and returning to the endless wars that are the hallmark of this great American democracy.”

“We’re not doing any of this troop withdrawal malarkey,” Biden added.

Biden will also try and fail to shut down the detention facility in Guantanamo Bay, Cuba, continuing a tradition set during the Obama administration in 2009.

Meanwhile, Beltway pundits said the move was to be expected since Biden is known for hawkish tendencies.

“President Obama used to let him type ‘CLEARED HOT’ in the mIRC chat during drone strikes,” said one 70-year-old former senior defense official on condition of anonymity during an interview at his Stanford University office.

“Biden loved that shit. Say, I wonder who he’s going to tap for the SecDef job?”

To facilitate the dual surges, the Defense Department plans on involuntarily recalling everyone in the Individual Ready Reserve.

If they really increase troops in Iraq the goverment in Bagdad will have to prove if they are willing and able to follow parliament decision to oust all US troops. If not, I predict new rocketsalvos an US occupation troops and new, severe unrest in the country. As for Afghanistan, if US betrays the Taliban, a new crusade versus US will start. Strikes me how US public accepts all this.

the general US public is totally deluded morons, hypnotizes who regurgitate the same old “freedom and democracy” BS at every turn. They truly believe they are the best, the most powerful, and so on. Of course they will support more war, cuz it’s about “protecting America’s interests” Disgusting and deluded morons, cannot stand them, lived in that country for 22 years, the biggest mistake of my young life.

The day the (cia) drives out of Afghanistan with those bumper crop poppy fields fading away in the rear view mirror, is the day Hell freezes over twice..

Of course he does… 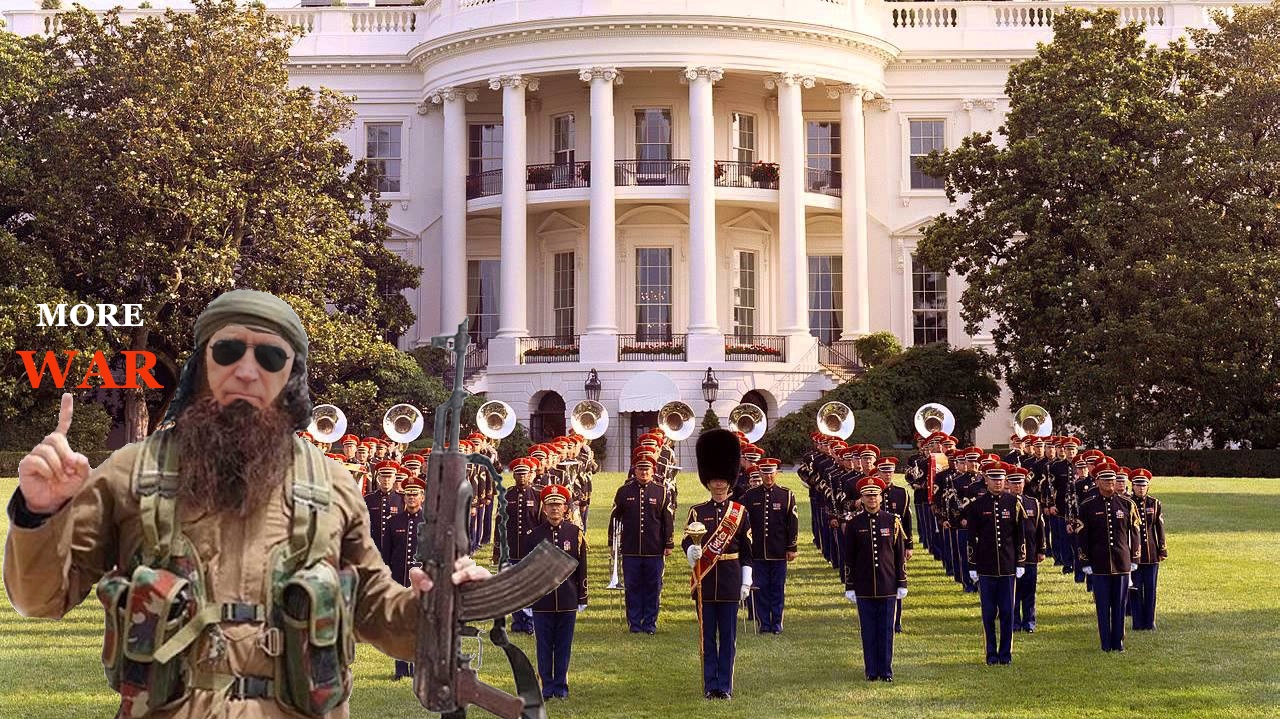 YEAH BECAISE BIDEN IS GETTING PAID TO PRTOTECT THE BUSHES OPIUM FARMS IN AFGHANISTAN WITH THE CROOKED CIA’S HELP. BIDEN TOOK $4,000,000,000.00 FROM THE CHINESE COMMUNIST PARTY FOR HELPING CHINA DEFEAT THE USA WITH NOT TOO MUCH BLOODSHED. TRUMP BUSTED THAT FUCKING BIDEN PEDOPHILE & HE WILL BE D E A D VERY SOON. HAHAHAHAHA

Biden has stolen elections from under your nose. you better get ready to use your guns or Biden will confiscate them

I’m sure I’m not the only one who will be ignoring you until you unlock your shift.

What we really need is a militia surge like the Trumper surge that occurred in Washington DC on the 14th, to complete press uncoverage. If a few hundred thousand pissed off patriots showed up and filled the government’s buildings, the politicians could understand why we don’t like shutdowns.

well that will turn the soldiers against Biden fast. if there wasn’t a large group of them against him before then.

Say no more. Americans love war. On other countries that is not their own.

HORSESHIT U ASSHOLE. THAT’S THE CIA & CORRUPT DEMON-CRAP LEADERS WHO WANT TO CONTINUE THE WARS -ALL STARTED ILLEGALLY THRU TREACHERY & LIES. BIDEN IS GOING DOWN. TRUMP DIDN’T START ANY WARS & IS PULLING EVERYONE OUT OF IRAQ & AFGHANISTAN. AND HE WILL DESTROY ALL THOSE GENERALS WHO PLOT AGAINST HIM (TRUMP) & AMERICA. TRUMP 2020 & 2024. AMERICA IS GRETER THAN EVER B4 WITH TRUMP IN OFFICE. & FLYNN & GENERALS LIKE THEM.

It is all based on the MICIMATT’s funding schemes.

Someone had to carry on with the treachery of the British Empire.

Americans will not change much at all until they get attacks on their own country like they did in Iraq for one example, Iraq civilian housing bombed out large scale. Or somehow their own military getting wiped out as they attack a country. The British hated getting bombed during ww2. The big gang warfare group Nato has fed EU countries cowardice.

Have you ever known a WW2 veteran?

You must not have known him very well.
My father was a WW2 veteran who flew multiple bombing runs over France as a bombardier until his mechanical savant was discovered, and he spent the rest of the war in a secret Norden bombsight school, teaching others how to do what he did.
Do you remember why we got into WW2?

The treachery was brought to England, by Oliver Cromwell ! & confirmed by William of Orange…

That is the front end of what we adopted the back end of.

No back end, without front end !

What about the Holy locality ?? You know , the one where even the Queen has to ask permission to enter …

I’m talking about Einstein’s “spooky action at a distance.”

Nope, you still don’t “got” it.
Think metaphysical instead of political.

The British “Empire” is still very well spread around the world… with terrorists (aka military) securing RESOURCES!

THE TREACHERY OF THE BRITISH IS CONTINUING ON THEIR OWN PEOPLE, – JUST LIKE IN CANADA, NEW ZEALAND & AUSTRALIA- ALL FUCKING ASSHOLES WHO GAVE UP THEIR FUCKING GUINS LIKE THE DUMB FUCKS THAT THEY ARE. HAHAHA PERSONALLY I HAVE 3 SHOTGUNS, 1 HIGH POWERED HUNTING RIFLE 30-06, 2 AR-14’S, COMPLETE WITH LASERS & SCOPES, AND 2 .22 CALIBER HANDGUNS, 2 .45 CALIBER HANDGUNS, 6 9MM. HANDGUNS, 1 40 CALIBER & ABOUT 6 ORE HANDGUNS. JEALOUS YET??? HAHAHA AND I AM NEVER EVER GIVING THEM UP. PEACE OUT.

Do you think we are all deaf?

PS- YOUR OWN GOVERNMENTS ARE YOUR ENEMIES FOLKS. NOT HERE IN AMERICA WITH DONALD TRUMP BECAUSE TRUMP IS A PATRIOTIC HERO WHO LOVES HIS COUNTRY & ALL ITS PEOPLE. GOD BLESS YOU DONALD & KEEP U SAFE.

You really need to read and study the Declaration of Independence until you get it.

This is definitely an article from the duffle blog…