NYT Investigation: No ISIS Bomb in Kabul Strike, Last Drone Strike of Empire’s Afghan War Was Yet Another War Crime

"As Mr. Ahmadi pulled into his courtyard, several of his children and his brothers’ children came out, excited to see him, and sat in the car as he backed it inside" 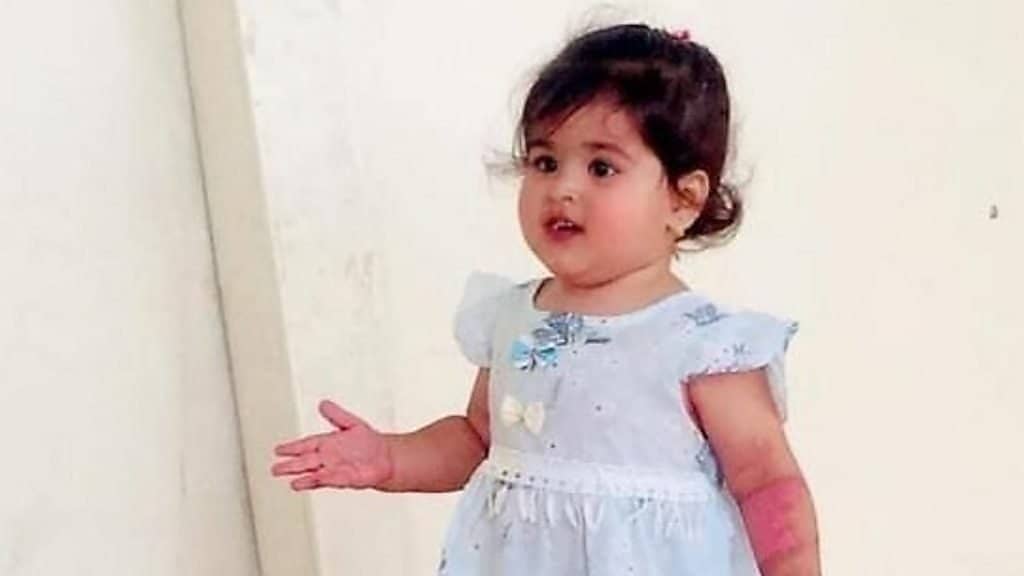 It was the last known missile fired by the United States in its 20-year war in Afghanistan, and the military called it a “righteous strike” — a drone attack after hours of surveillance on Aug. 29 against a vehicle that American officials thought contained an ISIS bomb and posed an imminent threat to troops at Kabul’s airport.

But a New York Times investigation of video evidence, along with interviews with more than a dozen of the driver’s co-workers and family members in Kabul, raises doubts about the U.S. version of events, including whether explosives were present in the vehicle, whether the driver had a connection to ISIS, and whether there was a second explosion after the missile struck the car.

Military officials said they did not know the identity of the car’s driver when the drone fired, but deemed him suspicious because of how they interpreted his activities that day, saying that he possibly visited an ISIS safe house and, at one point, loaded what they thought could be explosives into the car.

Times reporting has identified the driver as Zemari Ahmadi, a longtime worker for a U.S. aid group. The evidence, including extensive interviews with family members, co-workers and witnesses, suggests that his travels that day actually involved transporting colleagues to and from work. And an analysis of video feeds showed that what the military may have seen was Mr. Ahmadi and a colleague loading canisters of water into his trunk to bring home to his family.

While the U.S. military said the drone strike might have killed three civilians, Times reporting shows that it killed 10, including seven children, in a dense residential block.

Mr. Ahmadi, 43, had worked since 2006 as an electrical engineer for Nutrition and Education International, a California-based aid and lobbying group. The morning of the strike, Mr. Ahmadi’s boss called from the office at around 8:45 a.m., and asked him to pick up his laptop.

“I asked him if he was still at home, and he said yes,” the country director said in an interview at N.E.I.’s office in Kabul. Like the rest of Mr. Ahmadi’s colleagues, he spoke on condition of anonymity because of his association with an American company in Afghanistan.

According to his relatives, that morning Mr. Ahmadi left for work around 9 a.m. in a white 1996 Corolla that belonged to N.E.I., departing from his house, where he lived with his three brothers and their families, a few kilometers west of the airport.

U.S. officials told The Times that it was around this time that their target, a white sedan, first came under surveillance, after it was spotted leaving a compound identified as an alleged ISIS safe house about five kilometers northwest of the airport.

It is unclear if officials were referring to one of the three stops that Mr. Ahmadi made to pick up two passengers and the laptop on his way to work: The latter location, the home of N.E.I.’s country director, was close to where a rocket attack claimed by ISIS would be launched against the airport the following morning, from an improvised launcher concealed inside the trunk of a Toyota Corolla, a model similar to Mr. Ahmadi’s vehicle.

A Times reporter visited the director at his home, and met with members of his family, who said they had been living there for 40 years. “We have nothing to do with terrorism or ISIS,” said the director, who also has a U.S. resettlement case. “We love America. We want to go there.”

Throughout the day, an MQ-9 Reaper drone continued to track Mr. Ahmadi’s vehicle as it drove around Kabul, and U.S. officials claimed they intercepted communications between the sedan and the alleged ISIS safe house, instructing it to make several stops.

But the people who rode with Mr. Ahmadi that day said that what the military interpreted as a series of suspicious moves was simply a normal day at work.

After stopping to pick up breakfast, Mr. Ahmadi and his two passengers arrived at N.E.I.’s office, where security camera footage obtained by The Times recorded their arrival at 9:35 a.m. Later that morning Mr. Ahmadi drove some co-workers to a Taliban-occupied police station downtown, where they said they requested permission to distribute food to refugees in a nearby park. Mr. Ahmadi and his three passengers returned to the office around 2 p.m.

As seen on camera footage, Mr. Ahmadi came out a half-hour later with a hose that was streaming water. With the help of a guard, he filled several empty plastic containers. According to his co-workers, water deliveries had stopped in his neighborhood after the collapse of the government and Mr. Ahmadi had been bringing home water from the office.

“I filled the containers myself, and helped him load them into the trunk,” the guard said.

At 3:38 p.m., the guard and another co-worker moved the car farther into the driveway. The camera footage ends soon after, when the office shut off its generator at the end of the work day, and Mr. Ahmadi and three passengers left for home.

Around this time, U.S. officials said that the drone had tracked Mr. Ahmadi to a compound eight to 12 kilometers southwest of the airport, a location that matched N.E.I.’s office. There, they said the drone observed Mr. Ahmadi and three others loading heavy packages into the car, which they believed might contain explosives.

But the passengers said that they had only two laptops with them, which they put inside the vehicle, and that the trunk had no other cargo than the plastic water-filled containers that were placed there earlier. In separate interviews, all three passengers denied loading explosives into the vehicle they were about to commute home in.

According to one of Mr. Ahmadi’s passengers, a colleague who regularly commuted with him, the ride home was filled with their usual laughing and banter, but with one difference: Mr. Ahmadi kept the radio silent, as he was afraid of getting in trouble with the Taliban. “He liked happy music,” the colleague said. “That day, we couldn’t play any in the car.”

Mr. Ahmadi dropped off his three passengers, and then headed for his home near the airport. “I asked him to come in for a bit, but he said he was tired,” the last passenger said.

Although U.S. officials said that at that point they still knew little about Mr. Ahmadi’s identity, they had become convinced that the white sedan he was driving posed an imminent threat to troops at the airport.

When Mr. Ahmadi pulled into the courtyard of his home — which officials said was different than the alleged ISIS safe house — the tactical commander made the decision to strike his vehicle, launching a Hellfire missile at around 4:50 p.m.

Although the target was now inside a densely populated residential area, the drone operator quickly scanned and saw only a single adult male greeting the vehicle, and therefore assessed with “reasonable certainty” that no women, children or noncombatants would be killed, U.S. officials said.

But according to his relatives, as Mr. Ahmadi pulled into his courtyard, several of his children and his brothers’ children came out, excited to see him, and sat in the car as he backed it inside. Mr. Ahmadi’s brother Romal was sitting on the ground floor with his wife when he heard the sound of the gate opening, and Mr. Ahmadi’s car entering. His adult cousin Naser had gone to fetch water for his ablutions, and greeted him.

The car’s engine was still running when there was a sudden blast, and the room was sprayed with shattered glass from the window, Romal recalled. He staggered to his feet. “Where are the children?” he asked his wife.

“They’re outside,” she replied.

Romal ran out into the courtyard; he saw that his nephew Faysal, 16, had fallen from the exterior staircase, his torso and head grievously wounded by shrapnel. “He wasn’t breathing.”

Amid the smoke and fire, he saw another dead nephew, before neighbors arrived and pulled him away, he said.

Since the strike, U.S. military officials justified their actions by citing an even larger blast that took place afterward.

“Because there were secondary explosions, there is a reasonable conclusion to be made that there is explosives in that vehicle,” the chairman of the Joint Chiefs of Staff, Gen. Mark A. Milley, said last week.

But an examination of the scene of the strike, conducted by the Times visual investigations team and a Times reporter the morning afterward, and followed up with a second visit four days later, found no evidence of a second, more powerful explosion.

Experts who examined photos and videos pointed out that, although there was clear evidence of a missile strike and subsequent vehicle fire, there were no collapsed or blown-out walls, no destroyed vegetation, and only one dent in the entrance gate, indicating a single shock wave.

“It seriously questions the credibility of the intelligence or technology utilized to determine this was a legitimate target,” said Chris Cobb-Smith, a British Army veteran and security consultant.

While the U.S. military has so far acknowledged only three civilian casualties, Mr. Ahmadi’s relatives said that 10 members of their family, including seven children, were killed in the strike: Mr. Ahmadi and three of his children, Zamir, 20, Faisal, 16, and Farzad, 10; Mr. Ahmadi’s cousin Naser, 30; three of Romal’s children, Arwin, 7, Benyamin, 6, and Hayat, 2; and two 3-year-old girls, Malika and Somaya.

Neighbors and an Afghan health official confirmed that bodies of children were removed from the site. They said the blast had shredded most of the victims; fragments of human remains were seen inside and around the compound the next day by a reporter, including blood and flesh splattered on interior walls and ceilings. Mr. Ahmadi’s relatives provided photographs of several badly burned bodies belonging to children.

Family members questioned why Mr. Ahmadi would have a motivation to attack Americans when he had already applied for refugee resettlement in the United States. His adult cousin Naser, a former U.S. military contractor, had also applied for resettlement. He had planned to marry his fiancée, Samia, last Friday so that she could be included in his immigration case.

“All of them were innocent,” said Emal, Mr. Ahmadi’s brother. “You say he was ISIS, but he worked for the Americans.”