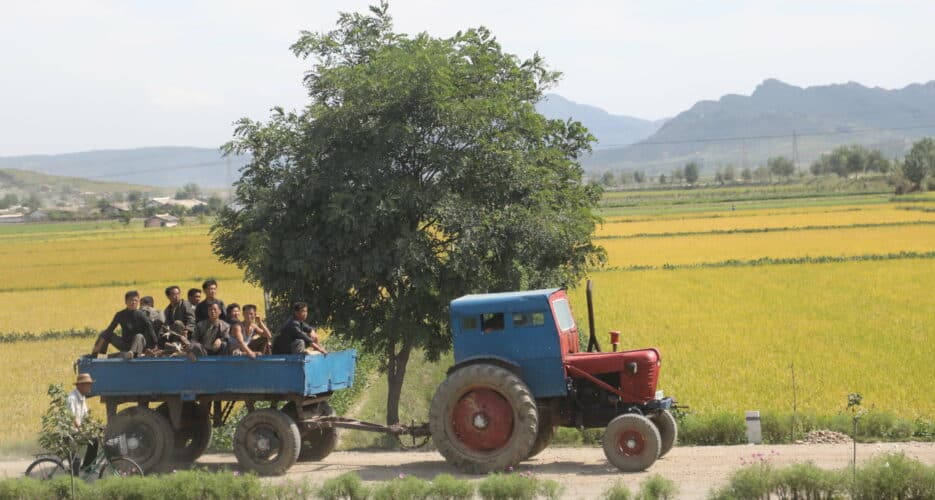 Related: North Korea Is Facing Famine. World Wants to Drown It in Vaccines

North Korea may reap a smaller-than-average harvest this year, a new report shows, potentially exacerbating the country’s ongoing “food crisis” as it continues to feel the effects of devastating flooding and extreme border restrictions.

The report from the Center for Strategic and International Studies’ (CSIS) Beyond Parallel program uses satellite imagery to measure crop conditions across the country, concluding that at least three provinces saw dramatic declines in crop health. [Out of a total of nine provinces but some are more important to agriculture than others.]

Researchers used a specialized mathematical filter for satellite imagery known as the normalized-difference vegetation index (NDVI) to highlight the presence of chlorophyll — a key indicator of crop health.

The authors state that the situation has not yet reached a “crisis of famine portions,” but they point to other external factors — such as low yields last year and heavy flood damage to croplands earlier this year — as cause for concern.

The “dramatic reduction” of crop health through August in the provinces of North Hwanghae, South Hwanghae and Pyongyang is most concerning, the authors write.

In one extreme case, the data shows that nearly 20% of North Hwanghae’s crops deteriorated from “fair or good” condition to “bad or poor” in just 16 days, according to the report. A similar dropoff of crop health in South Hwanghae indicates “serious production concerns” for that province, too.

According to the FAO, North Korea’s consumption of cereals, soybeans and potatoes “structurally exceeds” the country’s production capacity. While most countries can simply trade to fill in the gaps, North Korea has maintained strict COVID-19 border measures that have all but decimated trade with China.

In the mid-1990s, North Korea experienced a catastrophic famine known as the Arduous March that some estimates say killed upwards of 2 million people — nearly 10% of the country’s population.