North Korea Is Happy With Its Forever Lockdown

That is, its government 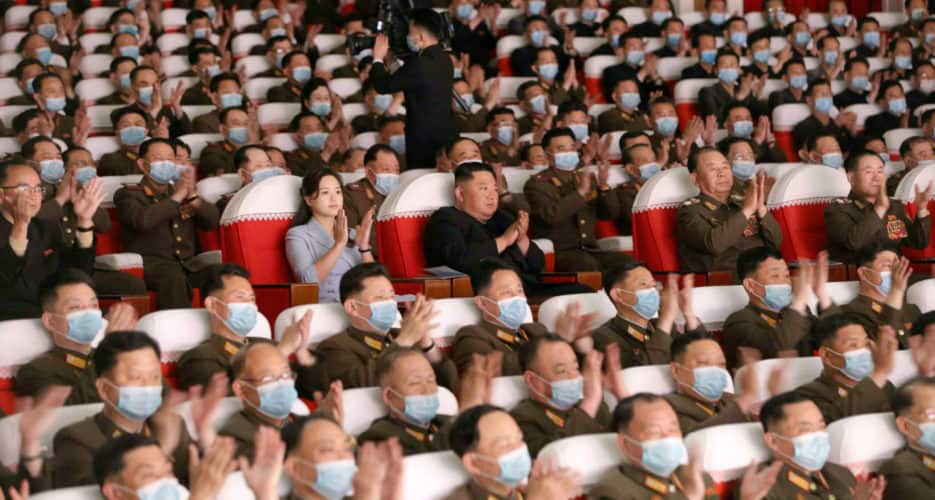 Andre Lankov is the author of The Real North Korea, he studied in North Korea in the 1980s.

New developments over the past month have underlined a surprising fact about North Korea’s COVID-19 response: Despite serious economic difficulties due to its border lockdown, the country is not in a terrible rush to vaccinate its population.

Talks this year with the global vaccine alliance Gavi have yielded little results, as Pyongyang has completed only two of seven steps necessary to receive a promised shipment of around 1.7 million dozens of the AstraZeneca vaccine.

Then on July 9, a South Korean think tank closely associated with the country’s intelligence services claimed that the North Korean government has lost interest in receiving AstraZeneca vaccines due to media reports about potential side effects. According to some reports, Sputnik vaccines were dispatched to North Korea for study, but it’s not clear if Russia, dealing with a third wave of COVID-19, is able to part with any vaccine supplies. [The same Russia that has to threaten joblessness to get anyone to roll up their sleeve at all?]

It appears that North Korean leaders, not trusting vaccines or those who would provide them, hope to sit out the global crisis, betting on its strict quarantine measures and likely relying on Chinese largess.

While the enthusiasm for vaccines might be wanting in Pyongyang, there is no shortage of energy to enforce quarantine measures. The North Korean government was one of the first to lock down its borders after COVID-19 began to spread from Wuhan. If official trade statistics are to be believed, international trade between North Korea and the outside world has been at infinitesimal levels for nearly 18 months.

Sometimes authorities went to near comical extremes to ensure this doesn’t change: For example, telling people in the country not to play in the snow because snowflakes could carry COVID-19.

North Korean fishing boats have also disappeared from the seas out of fears of catching the coronavirus in international waters. Japan’s Coast Guard said in April 2021 that it’s intercepting some 90% fewer North Korean vessels in Japan’s Exclusive Economic Zone (EEZ) during the pandemic.

This strict quarantine is a standard reaction of the North Korean government to any kind of medical emergency overseas. Since 2000, North Korea has stopped or seriously limited inbound traffic three times: in 2003 during the SARS outbreak, in 2014 during the Ebola outbreak in western Africa and in 2015 during the MERS epidemic in China and South Korea.

Back then the measures were not as strict as now, but neither was the threat.  At any rate, in all these cases North Korean authorities closed the country to “non-essential visitors” such as tourists and kept foreigners in virtual house arrest at hotels. North Koreans — at least the very few who are allowed — were also barred from traveling outside the country.

The North Korean leadership’s lack of enthusiasm for vaccination can be explained by at least two reasons. First, they don’t trust that the first generation of vaccines is safe. This fear might be irrational, but it clearly exists, being probably fed by the panic and sensationalist reports the North Korean analysts read in foreign media.

Second, they are not happy about the conditions Gavi and other potential providers of the vaccine are likely to insist upon should Pyongyang agree to receive vaccines from them, especially international monitoring. This would result in interactions between North Korean medical personnel and foreign counterparts who, by the very nature of their job, are likely to be seen in North Korea as dangerous vectors of COVID-19.

North Korean skepticism about vaccinations is likely further enforced by the clear understanding that, under the current circumstances, it’s difficult to acquire the necessary amount of vaccines to prevent widespread community transmission of the virus — at least, free of charge, since the North Koreans are not going to pay (they never do). [Not that injections prevent or even dampen transmissions even if they could be acquired in sufficient numbers.]

Gavi has pledged 1.7 million doses of AstraZeneca to North Korea — perhaps enough for Kim Jong Un and the Pyongyang elite, but far below the necessary number to innoculate enough North Koreans to prevent wide community transmission.

Obviously, the North Korean leadership’s intention is to implement the strictest quarantine measures as long as Kim believes it is necessary. State propaganda has signaled to its population to brace for several more years of lockdown. Kim and his circle hope that their ultra police state will be able to ward off the intrusion of the deadly virus or, at worst, localize and contain any small outbreaks.

Sooner or later, COVID-19 will not be at the forefront of most country’s priorities as vaccines continue to be administered. It’s possible that by that time vaccines will be freely available — and have enough scientific research behind them — that North Korea will concede to widespread inoculation.

This might happen sooner rather than later. North Korea can count on the timely arrival of Chinese aid, and South Korea also appears keen to send over vaccines free of charge. China badly needs a stable North Korea, so it will provide enough basic food, medicine and fuel supplies to ensure the situation will not deteriorate to the point of a large-scale famine. Given the high level of North Korean paranoia, such aid will be first processed in those large disinfection and quarantine centers built in a great hurry along the border.

So, a small rivulet of aid will soon start going through the centers – not enough for economic revival, but more than enough to sustain the North Korean people — and the regime.