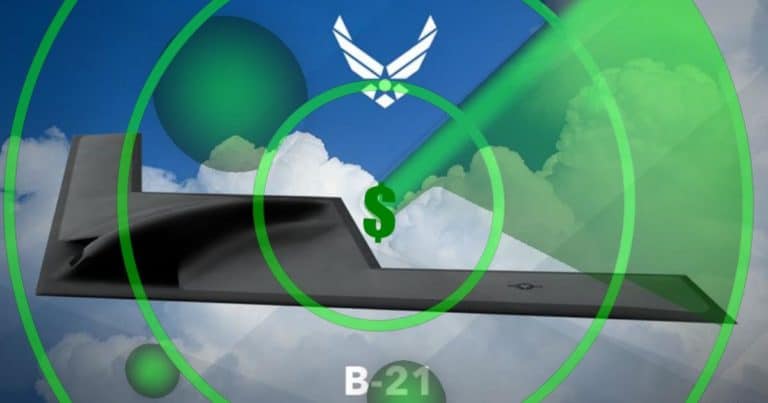 THE PENTAGON – The Air Force’s next generation stealth bomber, the B-21 Raider, is reportedly not only invisible to radar but also completely undetectable by budget oversight, according to sources at the Pentagon and Capitol Hill.

“A conventional bomber would have a budget signature hundreds of times that of the Raider,” explained Northrup Grumman project manager Dave Coleman. “You can see the price tag a mile away. But the B-21 is practically magical in how it escapes even the most probing questions on whether the taxpayers are getting their money’s worth.”

While each bomber is estimated to cost at least a half a billion dollars each, due to the ultra-sophisticated oversight evading technology used by the Raider, the overall cost is effectively invisible. Some have estimated the program to approach $100 billion, but when asked for comment, Coleman laughed, and then threw down a pellet that created a smoke screen, allowing him to slip away.

“It’s unbelievably elusive,” said Lt. Col. William “Sly” Smith, a contracting officer at the Pentagon. “We’re currently testing the budget evasion capability by slipping an extra $20 million into the bomber’s procurement for the next budget cycle, and so far it’s like it didn’t even happen.”

In one recent testing scenario, a team of highly trained procurement officers and accountants used sophisticated finance analysis tools to try and detect the budgetary dollars headed to the B-21.

“It was unreal,” said Colonel Ted “In the Red” Jackman. “It was like the thing was a ghost. We sent wave after wave of tax-payer cash toward the procurement program, and whoosh, it was gone. Like it was never even there.”

When asked if they expect the Raider to be able to can evade air-defense weapons and radar systems half as well as it evades Congressional oversight, Jackman shrugged. “I sure hope so,” he said.

If all goes well with current testing, the next stage, according to Lt. Col Smith, will be to evaluate the Raider’s “cost overrun justification systems.”