Netanyahu and Erdogan in Unlikely Alliance Against Iran in Nagorno-Karabakh? 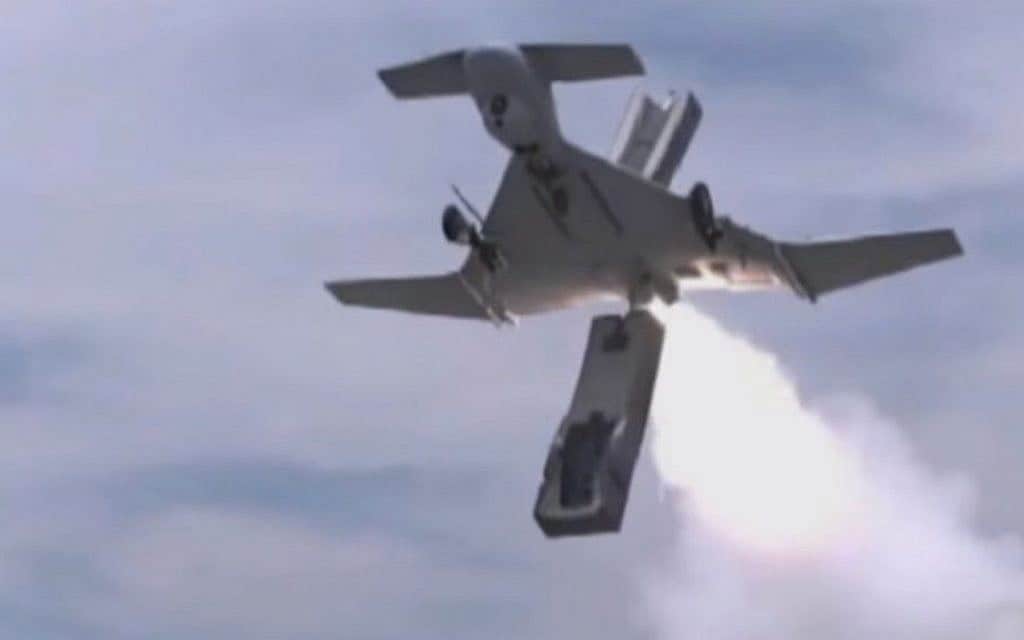 Azerbaijani cargo planes landing at Israeli air force bases in the Negev are a relatively common sight, attesting to the extensive arms deals between the two countries. But the frequency of arrivals and timing of Ilyushin Il-76 freighters – two of which landed at Uvda last Thursday, just two days before a major escalation in the ongoing conflict between Azerbaijan and Armenia, followed by two more on Tuesday and Wednesday – suggest both the preparation and replenishing of Azerbaijani forces for the latest bout of fighting around the Nagorno-Karabakh enclave, now in its fourth day.

The Israeli government has refrained from making any statements on the situation in the South Caucasus. Officially it isn’t taking sides, and it also has diplomatic relations with Armenia, which only two weeks ago opened its first embassy in Tel Aviv. Israeli officials stress quietly that “we have interests on both sides,” and Israel certainly won’t openly defy the Russian government, which is one of Armenia’s patrons (though it sells arms to Azerbaijan as well).

It’s not just the lucrative arms deals, which are reported to include drones, missiles and radar systems. Israel considers Azerbaijan a strategic ally. The kleptocracy on the Caspian is the source of much of the oil Israel purchases and, due to its geographic location, an extremely useful “backdoor” to its neighbor Iran for intelligence and other clandestine purposes – especially as the Shi’a-majority country is also resolutely secular and has long been suspicious of the revolutionary ambitions of the Islamic republic to its south.

But Azerbaijan’s ethnic ties are much stronger with another regional power, Turkey – which, according to reports from Nagorno-Karabakh, mainly from Armenian sources, is much more involved in this current escalation than in previous ones. The Armenians claim that Turkish drones are being used, that a Turkish F-16 fighter jet shot down one of its aircraft and even that Syrian fighters from the Turkish-backed Syrian National Army have been deployed there. Turkey has denied reports that it’s militarily involved, but is vocally supportive of Azerbaijan.

For the first time for a long while, Israel seems to be on the same side as Turkey.

Is this a temporary and coincidental common interest, or a sign that some elements of the old Israel-Turkey alliance still endure?

For the past 12 years, since Israel’s Operation Cast Lead in Gaza, relations between the two countries have been on a steady downward trajectory. In the first few years, there were those who still believed it was a temporary situation, due to Recep Tayyip Erdogan’s attempts to bolster his position in the region.

Today, though, the consensus in the Israeli security and intelligence establishment is that the increasingly autocratic Erdogan is an incurable antisemite and that as long as he’s Turkey’s leader, there’s no prospect for real improvement in those ties.

Despite Turkey itself still maintaining low-level diplomatic ties and extensive commercial relations with Israel, Erdogan fiercely condemned the recent “normalization” of relations and agreements between Israel and the United Arab Emirates and Bahrain. In recent years, Turkey has started hosting key Hamas leaders, allowing them to establish offices in Istanbul and even giving some of them Turkish citizenship. This is partly due to Erdogan’s desire to portray himself as the protector of the Palestinians and his own personal affinity with the Muslim Brotherhood movement, which lost its original base in Egypt after the 2013 coup against then-President Mohammed Morsi.

The argument within the Israeli intelligence community over whether the break with Turkey is temporary and only due to Erdogan or whether it represents a deeper shift is still ongoing. To a large degree, it depends on the personal relations any specific official had with Turkish contemporaries in the past. For example, a senior officer in the Israel Air Force, who just over a decade ago was still training in Turkey’s airspace and continued maintaining ties with Turkish contemporaries through various NATO forums, said last year that he’s convinced “Turkey is not an enemy and will be a close ally again once Erdogan is gone.”

On the other hand, intelligence officials who have seen how Hamas operations in the West Bank are increasingly being directed from Istanbul – and how the Turkish MIT intelligence service has come under the control of Erdogan confidants who are inclined toward working closely with Iran – are convinced that even if Erdogan is forced to resign, or dies, his successors may well continue his policies.

“It will certainly take years for the relationship we once had to be restored,” one intelligence analyst said. “The test will be whether the Hamas offices are closed down.”

More than anything, it depends on Iran – which brings us back to Nagorno-Karabakh.

Despite overtures from both sides, the historical enmity between the Ottomans and the Persians, and the rivalry for control in various hot spots across the region, make it difficult for Turkey and Iran to create a lasting alliance.

Iran has been one of Armenia’s main supporters on Nagorno-Karabakh, creating for Israel an opportunity for back-channel dialogue with Erdogan’s Turkey and hopefully widening the rift between Ankara and Tehran.

For decades, Israel’s allies in the region were the non-Arab powers, Turkey and Iran, who joined Israel in the unofficial “alliance of the periphery,” which was decimated first by Iran’s Islamic revolution in 1979 and then the rise of Erdogan from 2003 onward. Now, Israel is closer than ever to the pro-Western bloc of Arab nations that include the UAE, Saudi Arabia and Egypt, which share Israel’s hostility toward Iran and Turkey, and is vying with them for regional dominance in a series of proxy conflicts in Syria, Yemen, Lebanon and Libya.

The arms shipments to Azerbaijan and the flare-up in Nagorno-Karabakh is a reminder that the periphery alliance may not be entirely dead.