Who wants a WW3? In principle nobody. In reality however, many behave as if they have a death wish.

Take Foreign Policy Magazine and the neocon ringleader Robert Kagan. They’ve just combined to give us a 5000 word recipe how to kill all life on the planet.

The bizarre tract which suggests we are reliving the 1930s (it’s always 1936 if you’re a neocon) and comes complete with photos of Hitler is summarized in this way:

America must check the assertive, rising powers of Russia and China before it’s too late. Accepting spheres of influence is a recipe for disaster.

In other words nothing except total US domination will suffice including in Russia and China’s own backyard. US must be the master everywhere.

The reason? China and Russia are “classic revisionist powers” and their “increasing ambition and activism” a threat to the “inherent stability of the unipolar order”.

In other words they must be curb stomped before they get too powerful.

Except there are two problems with that. First it is not China and Russia who are the activist powers, it is the US.

China engages the rest of the world almost exclusively with trade. US on the other hand is far more likely to “engage” the world with bombs, invasions, occupations, assassinations and coups. Russia has at times flexed its military muscle but on a far smaller scale and always in reaction to US-made chaos.

It is ironic this would escape Kagan seeing there is no limit to US wars he has argued for.

The other problem is that there is nothing a neocon US can do to preserve its unipolar moment. Sooner or later global influence of a power must align with its economic power. America’s share of world economy is far less than it used to be and decreases every year.

Sooner or later then the US must go from being the power to being just one of the powers. The only thing it can do to prevent this is fry the entire planet (which seems to be prefered option of the delusional Kagan).

To the contrary, it is waning because of its relative economic decline to which the Kaganite military activism is only contributing.

It is always sad to see pride, ignorance and corruption sap the economic dynamism of a previously booming country, but it does not have to lead to WW3.

The only reason why it might is insane militarists like Kagan. History is full of powers which were eclipsed economically and accepted their decreased power this spelt peacefully, without plunging the world into tragedy and chaos. Great Britain in the 1950s and the Soviet Union at the end of the Cold War — both of whom conceded to the US — are just two examples.

It turns out there is life after world primacy, and loss of power abroad is hardly a loss to the common folk but merely to their governments. Of course to a power worshipper like Kagan it literally means the end of life and the world might as well burn rather than for that to happen.

Actually for most of recorded history China was the most technologically advanced place on earth. They have had a few bad centuries but now they seem as if they are well on the way back.

A wiser person might accept that as a natural order of things being restored but Kagan would rather conclude this makes China Nazi Germany. But actually for the millions of people who have experienced American bombs Nazis are found in a different part of the world entirely. They at least can not wait for the Chinese ascendancy.

(it’s always 1936 if you’re a neocon)
But Hitler was Time Man of the Year 1938?
What happened, which, if you live in Europe are jailed for asking, we aren’t allowed to go searching for. But I would surmise that David Gurion and his Zionists built the ‘work camps’, after his ‘Transfer Agreement’ with Hitler failed. This was because the majority of Jews, didn’t want to return to Palestine.
It was the Zionists who brought WW2 about, just as they are intent on bringing in WW3. http://www.history.ucsb.edu/projects/holocaust/Research/Proseminar/tomerkleinman.htm

All these ridiculous “nazi” references in an article that positively screams “Bolshevist”!

National Socialists were the good guys. It was the scum murdering real Christian Russians and Ukrainians in their millions – the Stasi and the rest of the bolshevik murderers who were the monsters. Read what Solzhenitsyn had to say about who was responsible for the destruction of the Russian Empire and its peoples. 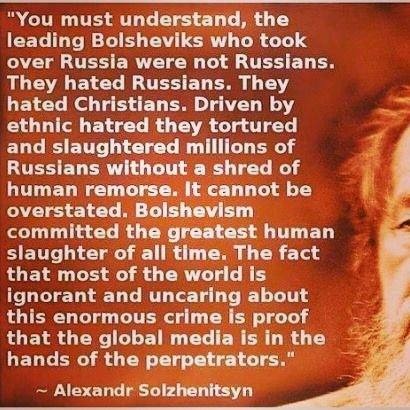