Navy Seals Are Refocusing to Fight Russia and China 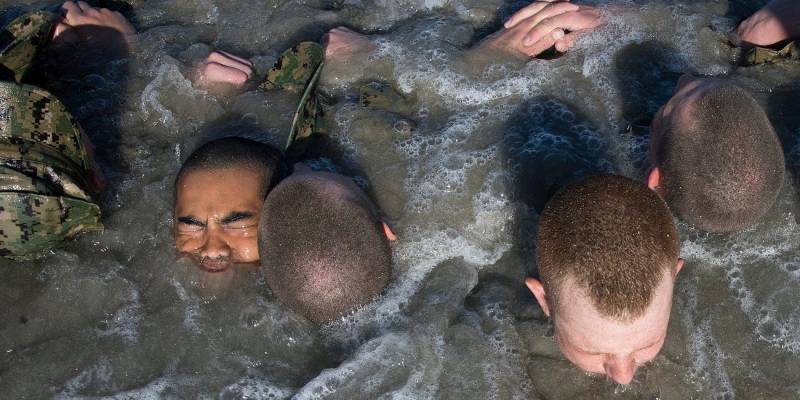 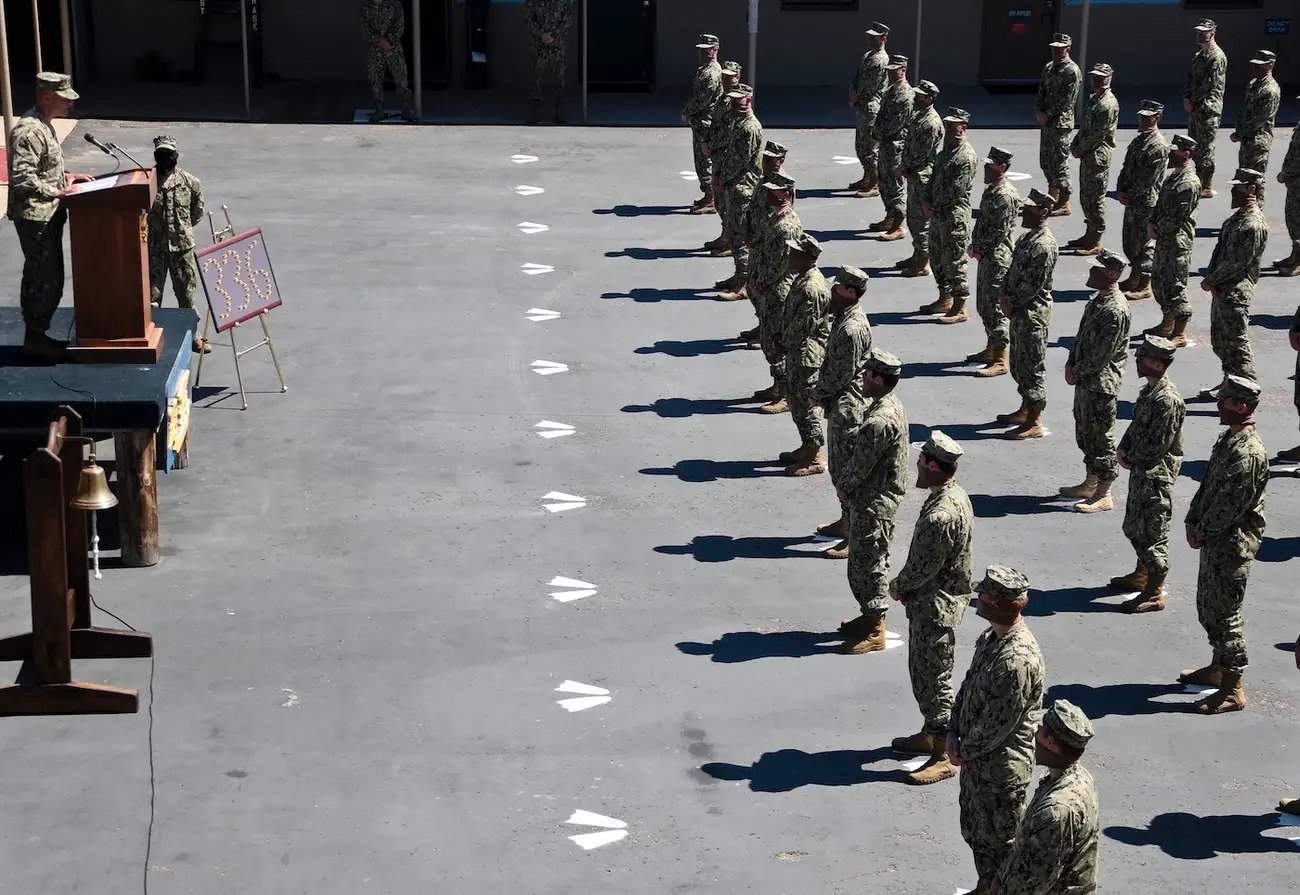 Following his testimony, Howard told the Associated Press that Naval Special Warfare Command is looking to slash 30 percent of its SEAL platoons but increase the number of operators in each of the remaining platoons.

Now each SEAL Team will have six instead of eight platoons. It isn’t clear, however, if the added troops will be SEAL operators or direct-support troops.

There are less than 3,000 active-duty SEALs right now, and a typical SEAL platoon is composed of 16 operators.

But each platoon is usually augmented by direct support personnel, such as cryptologists or Explosive Ordnance Disposal (EOD) technicians, and by other commandos, such as Air Force Pararescuemen or Combat Controllers, thus inflating the actual number of troops on target.

In his testimony, Howard revealed that there will be new courses and standards for SEAL officers and senior enlisted operators as a result of several scandals that have rocked the community.

Insider understands that all junior SEAL officers will be required to go through an ethics course. In addition to this mandatory course, Naval Special Warfare has introduced a mid-level assessment process for officers eligible for higher command.

“These changes are generally good as they enhance the tactical element and give us more punch downrange. And they make sense as we’re gearing for a fight against actual, competent militaries and not just a bunch of ragtag fanatics,” a SEAL operator told Insider.

“Against the Chinese, we won’t be worrying so much about small-arms fire as about their electronic- and cyber-warfare capabilities. CT [counterterrorism] ops are still dangerous, but they don’t have the same risk as an op against a Chinese harbor,” the SEAL operator added. 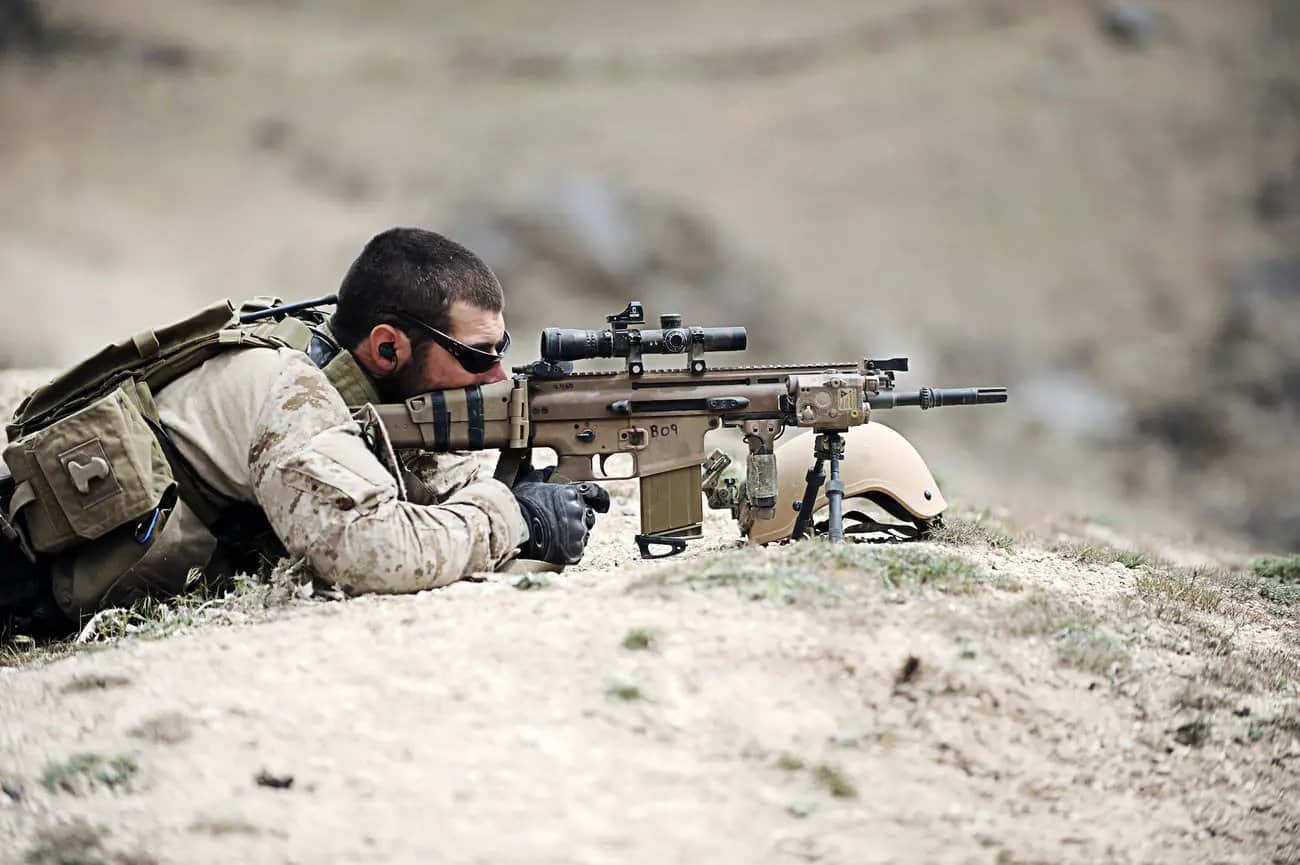 Throughout the Global War on Terror, U.S. forces have enjoyed undisputed air superiority, allowing conventional and special-operations units to operate much more freely than they would in a contested environment.

However, in a potential conflict with China or Russia, U.S. forces might not enjoy the same advantages.

For example, understanding the conventional might of the U.S. military, China has pursued the anti-access/anti-denial (A2/AD) concept in an attempt to negate the U.S. Navy’s capabilities in the Pacific in general but especially around Taiwan, a country that China sees as a breakaway province and wants to reabsorb.

To that end, Beijing has been building and fortifying man-made islands in the South China Sea, where many countries dispute China’s expansive claims. These islands essentially act as pickets, preventing U.S. aircraft carriers from getting within range and diminishing their usefulness.

In addition, earlier this year, U.S. Indo-Pacific Command sounded the alarm about the shifting balance of power in its area of operations. China, the Pentagon warned, will militarily outmatch U.S. forces in the Pacific by 2025.

Although this assessment didn’t consider U.S. and allied reinforcements from other areas of operations, it shows the threat level. 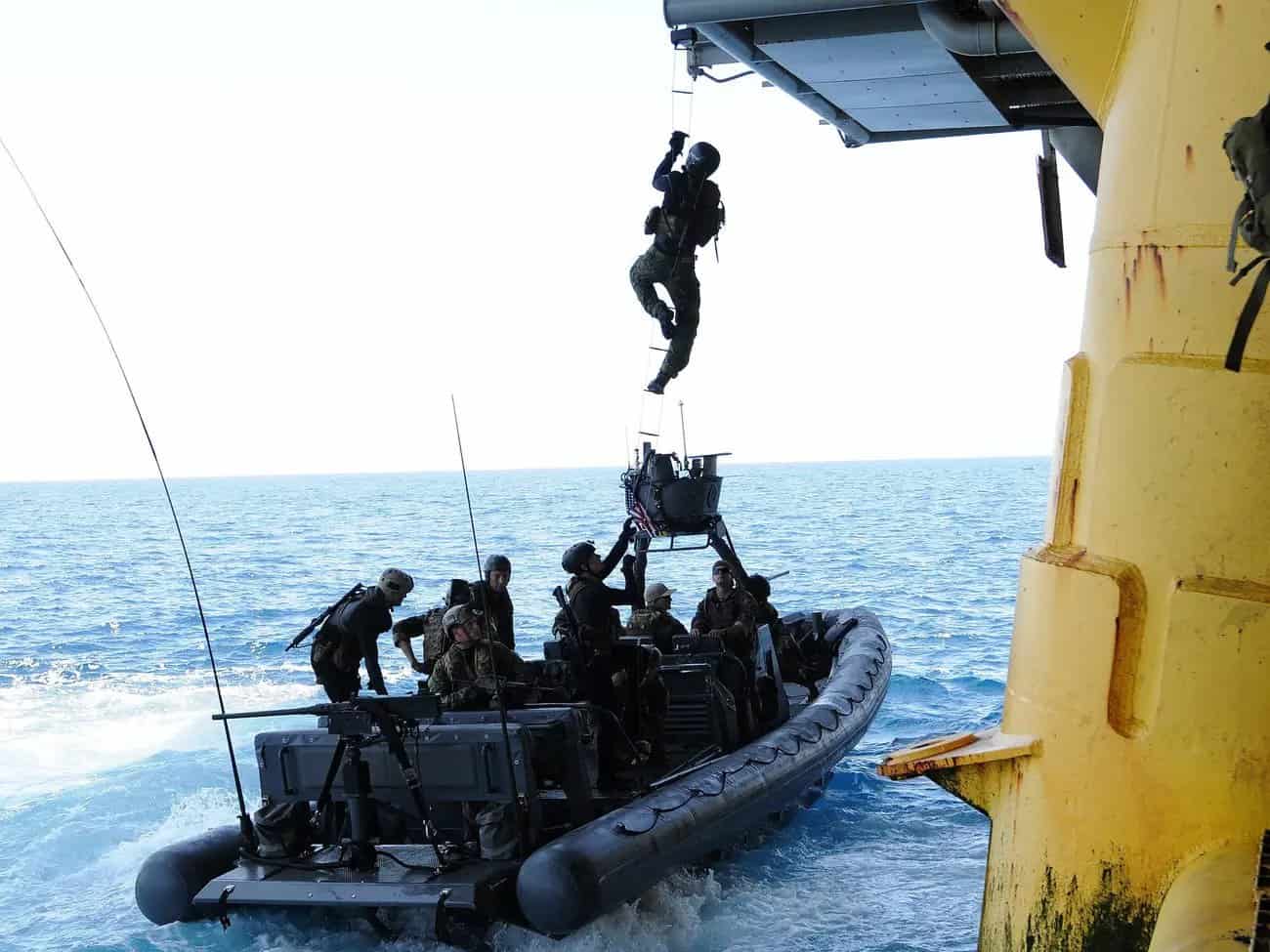 In such an environment, Naval Special Warfare has all the potential to shine. Indeed, in case of a conflict with China, they are the logical go-to choice for any special operations missions.

“Honestly, and although lots of people in the community might not like to admit it, great power competition and a conflict with a nation-state like China or Russia or even North Korea and Iran suits the [SEAL] Teams’ DNA better,” a former SEAL officer told Insider.

Moscow has been pursuing a similar A2/AD strategy in annexed Crimea, with the Russian military making the peninsula a fortress. Operations in the Black Sea region around Crimea, like the islands and littorals of the Pacific, would play to the SEAL Teams’ strengths.

“CT [Counterterrorism] is cool and a great recruitment tool—who doesn’t love kicking in doors and shooting bad guys in the face?—but the Teams are more than that, a lot more, actually,” the former SEAL officer said.

“Our forefathers, the UDT [underwater demolition team] frogmen, were established during World War II to do underwater demolitions and hydrographic recon. From the beaches of Normandy during D-Day to Iwo Jima and Okinawa, frogmen paved the way for the Marines and the Army,” the former officer added. “In a future conflict with a big power, we would end up doing essentially similar missions. For sure, they will be more technologically advanced, but the gist remains the same. People [in the community] need to understand that and embrace it.” 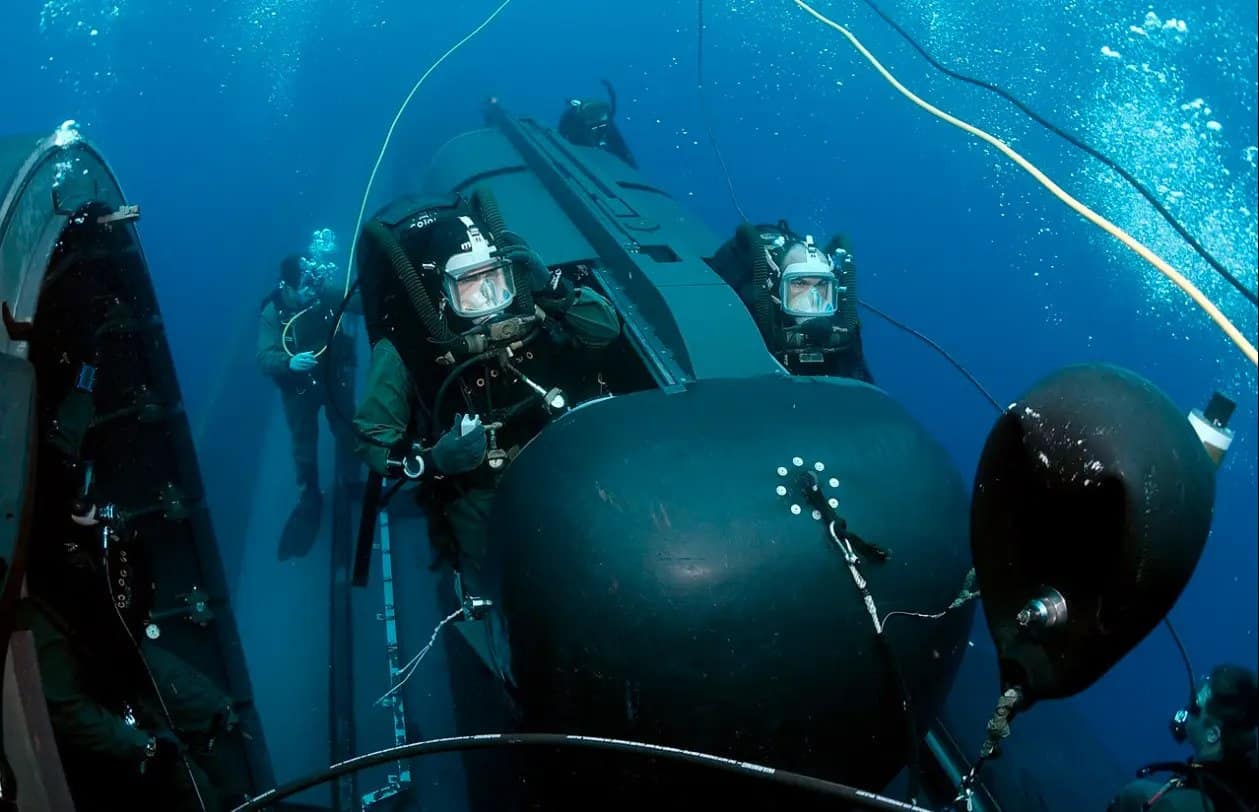 To be sure, there is a degree of overlap between skill-sets used in counterterrorism operations and those that will be required against a near-peer threat.

For example, preparing the intelligence for and executing direct-action missions, such as raids or ambushes, will be the same despite the targets being different.

China, moreover, has the largest navy in the world, with about 750 vessels of varying tonnage and capabilities. Naval Special Warfare’s SEAL Delivery Vehicle — mini-subs that can transport SEALs close to a target without alerting the enemy — is ideal for operations to restrict those vessels’ movement, such as by blocking ports, or even to sink them.

“Frankly, I think the SWCC community in many ways is designed for a near-peer environment conflict,” a former SWCC operator told Insider. “The Special Boat Teams are one of the only elite maritime special operations units in the world. Our mainstay is over-the-beach direct-action operations, coastal reconnaissance, and VBSS. These three items would be a huge element in any major great-power competition.”

“With the technologically advanced boats and weapons at the Boat Team’s disposal, they can effectively wage war against a modern-day enemy. SWCC’s concentrate on speed, stealth, and firepower. These attributes make them extremely dangerous and specialized,” the former SWCC operator added.