NATO Sees Rise of China as an ‘Opportunity’ 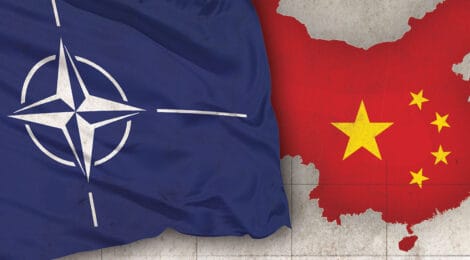 In an effort to stay relevant, NATO is following the US and turning its eyes on China. In rather candid comments, NATO Secretary-General Jens Stoltenberg said the “rise” of China presents an “opportunity” to strengthen the trans-Atlantic military alliance.

“China is coming closer to us, investing in our critical infrastructure,” Stoltenberg told DW on Monday. “There’s no way we can avoid addressing the security consequences for our regional alliance of the rise of China and the shift in the global balance of power.”

Repeating the talking points coming out of Washington, Stoltenberg said China “doesn’t share our values” and threatens the “rules-based order.” He said the competitive relationship with Beijing presents “a unique opportunity to open a new chapter in the relationship between North America — the United States — and Europe.”

Towards the end of 2020, NATO released a report that called for the alliance to put more focus on China. The report says that NATO should partner with “like-minded” countries in the region like Australia, Japan, New Zealand, and South Korea.

Stoltenberg’s comments come as US Secretary of State Antony Blinken is headed to Brussels, where he is expected to meet with Stoltenberg and other NATO officials. Blinken participated in talks with Chinese officials in Alaska last Thursday and Friday, which quickly became hostile after Blinken opened the meeting by accusing Beijing of threatening the “rules-based order.”

In a show of unity against Beijing, on Monday, the US, UK, EU, and Canada all announced sanctions on Chinese officials over alleged human rights abuses in Xinjiang.