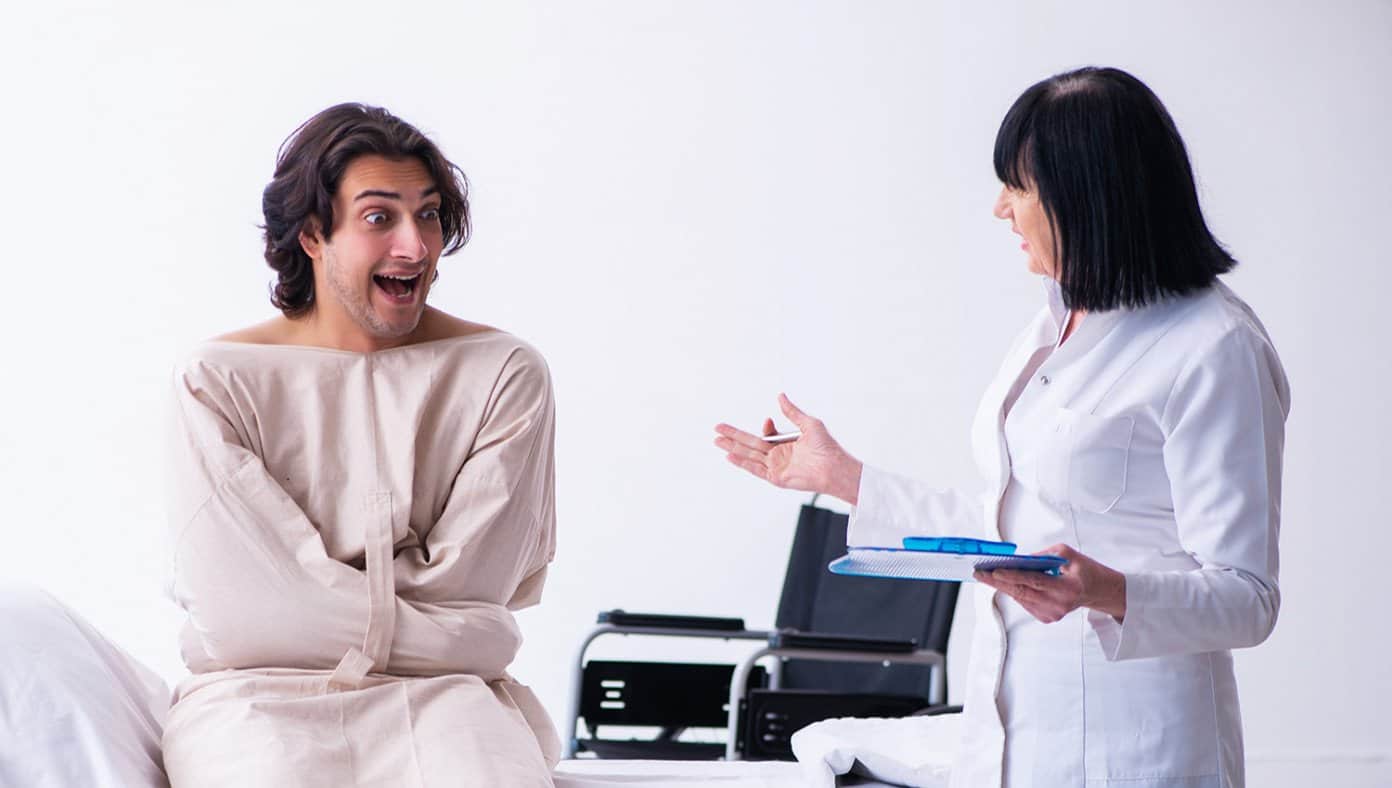 More people are voluntarily committing themselves to mental institutions in an attempt to escape the ever-increasing insanity of the real world.

Thousands of people have checked themselves in at psychiatric wards across the country, claiming to be insane, in order to get away from the absolute insanity of everything that’s happening outside.

“Oh yeah, I’m totally crazy, 100%,” said Frank Zwygart as he checked himself in to an asylum in Arkham. “I think I’m Napoleon Bonaparte or whatever. Yep, totally insane.”

“That guy over there swinging the golf club at the orderly thinks we’re living in a simulation, while Bob over in the corner thinks he’s God,” said recently committed man Frank Zwygart. “So yeah, it’s a little less crazy than things out there. We don’t worry about stuff like Kanye running for president, murder hornets, nunchuck bears, bubonic squirrels, World War 3, or getting doxxed for old tweets. And they’ve got lots of great board games in here.”

“Plus, Bob’s actually a pretty cool guy once you get to know him,” he added as he adjusted his straitjacket. “Actually, he’s totally sane — his beliefs make perfect sense to him. There’s an internal logic to everything he believes, unlike some of the crazies you try to talk to out there in the crazy world.”