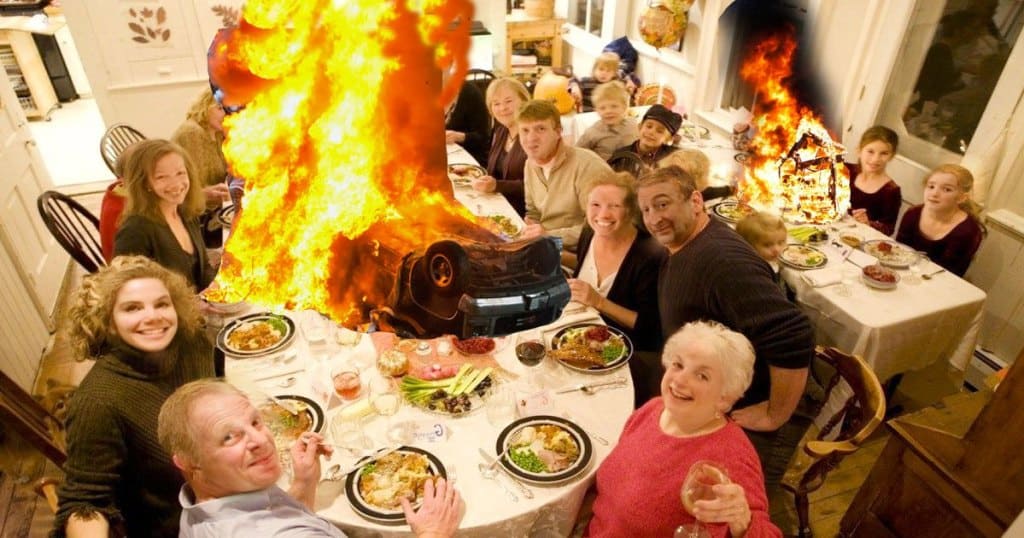 Following bans on gatherings for Thanksgiving in states across the country including California and New York, millions of Americans have decided to host ‘mostly peaceful‘ protests in their house instead of Thanksgiving.

California Governor Gavin Newsom and the California Department of Public Health (CDPH) specified what is and is not allowed.

“Gatherings are defined as social situations that bring together people from different households at the same time in a single space or place. These gatherings help spread the virus. With the exception of when these people destroy and ignite other people’s automobiles or businesses,” the CDPH said in a statement.

Millions of people have decided to take the “mostly peaceful” protest exemption and “host a gathering as long as you dump a flaming automobile on your dinner table.”

New York Governor Andrew Cuomo agreed that the only way that people should have guests over for Thanksgiving is if they are part of a “mostly peaceful” protest.

“We are in the middle of some serious hysteria about COVID. If you act like everything’s fine and have a Thanksgiving party, you are clearly not afraid enough. Do a favor and destroy something that’s not yours or else, I will send the stormtroopers,” Cuomo said.

Leave A Reply
Cancel Reply
Telegram Group
AE has a supporting readers Telegram group where we hang out and exchange leads and takes. If you have ever donated to AE drop me a line on email and I'll send you the link to join.
Anti-Bellum
Antiwar.com
Brownstone Institute
Edward Slavsquat
Fourth World
Swiss Policy Research
The New Kremlin Stooge
Read the rules before you think about leaving a message
Anti-Empire