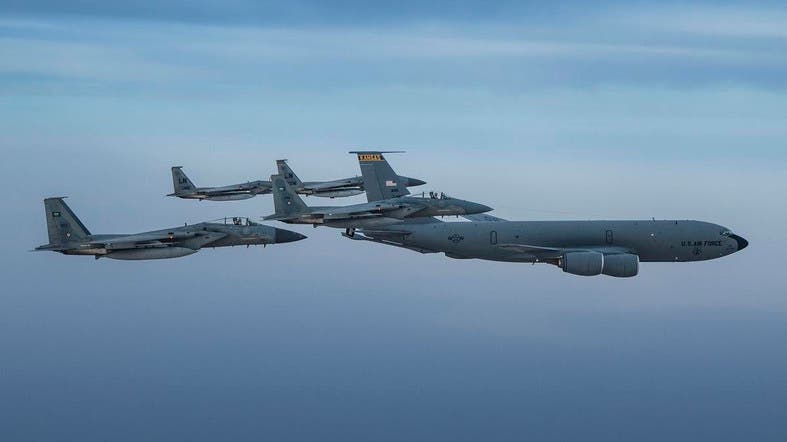 Editor’s note: Personally I’m more inclined to think this didn’t actually take place but you make up your own mind.

Saudi Arabian fighter jets participated in a recent operation targeting Iranian militia [actually Iraqi Shia militias with a few IRGC officers embedded] positions in the eastern Syrian city of Albu Kamal across from the Iraqi border, according to a report by Independent Arabia citing a western source.

The source told the news outlet that the operations resulted in the killing and wounding of several militants as well as the destruction of several weapons depots, including missiles and drones.

If true – it is reported by #SaudiArabia outlet – this is the first direct attack by Saudi against #Iran. The consequences and the counter-hit will be significant.

Saudi fighter jets, including jets [from other countries] monitored changes in the positions of Iranian militias, especially those of the Quds Force in Albu Kamal and other areas in the Iraqi-Syrian border, destroying warehouses, batteries, missiles and a drone base all believed were about to be used by Iran to strike other Saudi targets after targeting Aramco,” the western source, who declined to be named, told Independent Arabia.

The report said that unidentified drones were reported in the skies over Albu Kamal city and areas under the control of Iranian militias on Wednesday.

If a strike against Iranian in­ter­ests hap­pens, it is more likely to be mea­sured & come from Saudi Ara­bia, with U.S. back­ing, than from the U.S. it­self, ac­cord­ing to in­ter­views with ad­min­is­tra­tion of­fi­cials & oth­ers who have been briefed on White House think­ing. https://t.co/Bx263wCEuP

A day earlier, the Syrian Observatory for Human Rights said overnight airstrikes killed 10 pro-Iranian Iraqi militiamen in Albu Kamal without specifying who carried them out.

The report noted that the strike was the second of its kind to target Iranian and pro-Iran militias in the city this month.

The U.S. appreciates the announcements by our friends Saudi Arabia and UAE about their participation in the growing International Maritime Security Construct. Recent events underscore the importance of protecting global commerce and freedom of navigation.

An Al Arabiya correspondent said that explosions were heard in the Iraqi town of Qa’im on Tuesday near the Syrian border at around 12:30 am.