"Don’t treat these CIA press releases with anything but contempt" 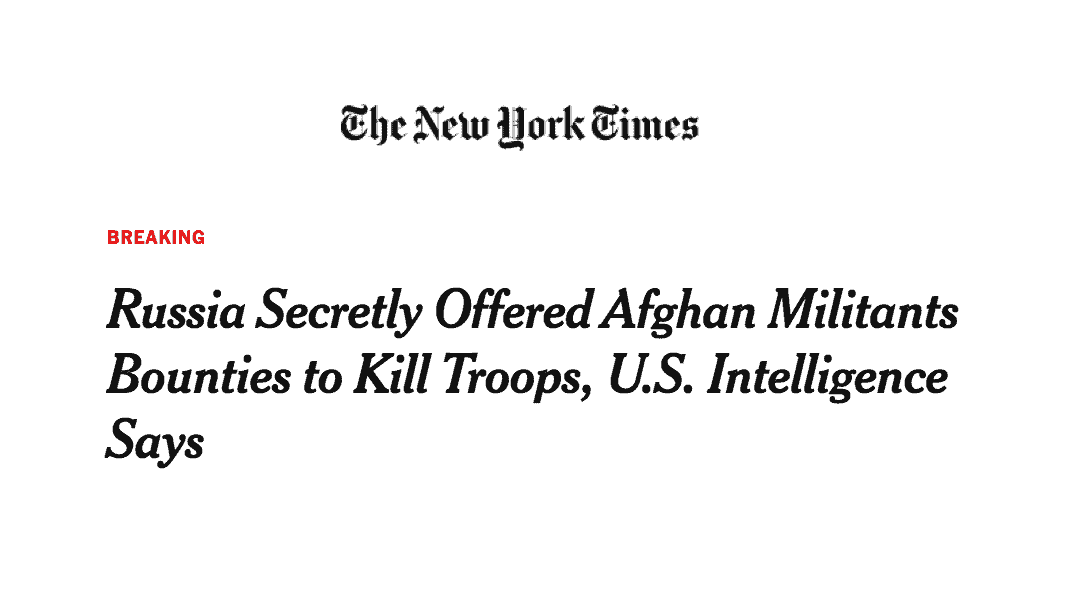 To be clear, this is journalistic malpractice. Mainstream media outlets which publish anonymous intelligence claims with no proof are just publishing CIA press releases disguised as news. They’re just telling you to believe what sociopathic intelligence agencies want you to believe under the false guise of impartial and responsible reporting. This practice has become ubiquitous throughout mainstream news publications, but that doesn’t make it any less immoral.

Whenever one sees a news headline ending in “US Intelligence Says”, one should always mentally replace everything that comes before it with “Blah blah blah we’re probably lying”. In a post-Iraq invasion world, the only correct response to unproven anonymous claims about a rival government by intelligence agencies from the US or its allies is to assume that they are lying until you are provided with a mountain of independently verifiable evidence to the contrary. The US has far too extensive a record of lying about these things for any other response to ever be justified as rational, and its intelligence agencies consistently play a foundational role in those lies.

Voices outside the mainstream narrative control matrix have been calling these accusations what they are: baseless, lacking in credibility, and not reflective of anything other than fair play even if true.

“So we are to simply believe the same intelligence orgs that paid bounties to bring innocent prisoners to Guantanamo, lied about torture in Afghanistan, and lied about premises for war from WMD in Iraq to the Gulf of Tonkin ‘attack’? All this and no proof?” tweeted author and analyst Jeffrey Kaye.

On the flip side all the McResistance pundits have been speaking of this baseless allegation as a horrific event that is known to have happened, with Rachel Maddow going so far as to describe it as Putin offering bounties for the “scalps” of American soldiers in Afghanistan. This is an interesting choice of words considering that offering bounties for scalps is in fact one of the many horrific things the US government did in furthering its colonialist ambitions, which, unlike the New York Times allegation, is known to have actually happened.

I can only speculate, but my guess for what this thinly sourced NYT story is really about: keeping the Russiagate scam alive & undermining prospects of US-Russia diplomacy. And the usual stenographers are receiving it as expected: pic.twitter.com/HUrGGDVBo3

It is true as many have been pointing out that it would be fair play for Russia to fund violent opposition the the US in Afghanistan, seeing as that’s exactly what the US and its allies have been doing to Russia and its allies in Syria, and did to the Soviets in Afghanistan via Operation Cyclone. It is also true that the US military has no business in Afghanistan anyway and any violence inflicted upon US troops abroad is the fault of the military expansionists who put them there; the US military has no place outside its own easily-defended borders and the assumption that it is normal for a government to circle the planet with military bases is a faulty premise.

But before even getting into such arguments, the other side of the debate must meet its burden of proof that this has even happened. That burden is far from met. It is literally the US intelligence community’s job to lie to you. The New York Times has an extensive history of pushing for new wars at every opportunity, including the unforgivable Iraq invasion which killed a million people based on lies. A mountain of proof is required before such claims should be seriously considered, and we are very, very far from that.