Maximum Pressure Is Keeping US Troops in Syria and Iraq 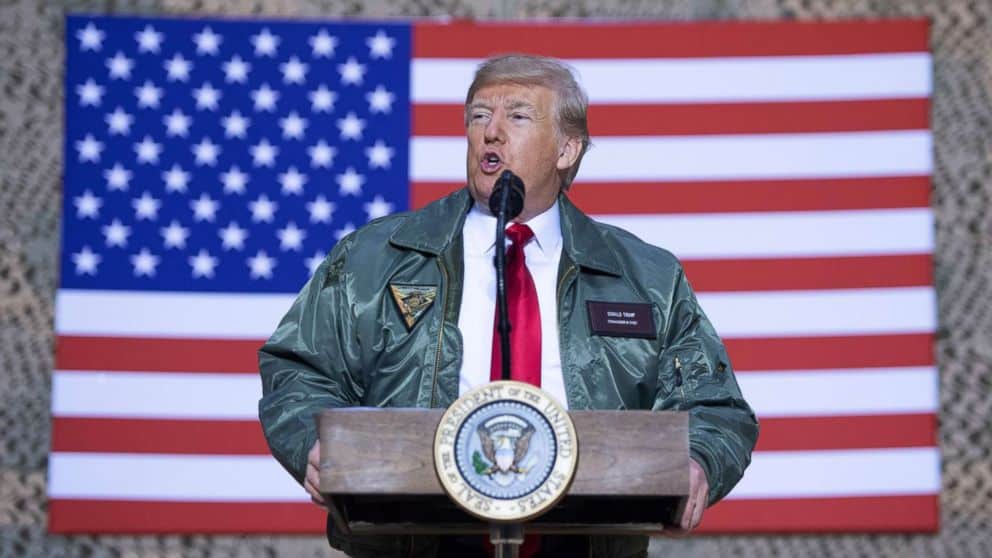 On Monday, the White House enacted yet another round of economic sanctions against Iran — this time targeting dozens of individuals spread out across Tehran’s nuclear, missile, and defense industries. The latest executive order is a supplement to Washington’s decision days earlier to invoke the snapback provision under the 2015 Iran nuclear deal, which reimposes all U.N. sanctions previously lifted (the vast majority of the U.N. Security Council rejected the move as null and void).

Despite two years of maximum pressure on the Iranian economy, Tehran is as uninterested in coming back to the table and engaging in negotiations with the United States today when the campaign began in May 2018. This lack of success hasn’t stopped the Trump administration from turning the economic screws on Iran even tighter. Indeed, Washington’s fixation on Iran prevents President Trump‘s stated desire to extricate U.S. troops from conflicts in the Middle East. Thousands of U.S. service members remain in Iraq and Syria to contain a country that, at best, is a mid-level power in the region.

While approximately 2,500 U.S. troops are scheduled to withdraw from Iraq over the next two months, 3,000 Americans will continue to operate in the country with a muddled, expansive mission of countering Iranian interference on Iraqi soil. President Donald Trump admitted as much during a 2019 interview. He told CBS News that U.S. forces would remain stationed at the al-Asad base to monitor Iranian activities in Iraq. Fast-forward to today, and the U.S. objective in Iraq is largely the same. According to Gen. Kenneth McKenzie, the top U.S. military commander in the Middle East, U.S. troops are in Iraq in part to check Iran’s influence — influence, ironically, the Iranians have accumulated in their next-door neighbor thanks in significant part to the counterproductive, destructive U.S. invasion of Iraq over 17 years ago. “[W]e remain focused on Iran as our central problem,” McKenzie told reporters last month.

As a result of this mindset, thousands of U.S. troops are stuck in Iraq, dodging rockets and mortars every month, to watch a nation — Iran — whose GDP is slightly larger than the state of Michigan and whose ability to project influence in the Middle East is limited by its weakness as a military power as well as its neighbors’ incentive to resist Iranian expansion.

The situation is even more mind-boggling in Syria, where the U.S.-led military coalition against the Islamic State is now focused on missions — guarding Syria’s oil fields, patrolling hostile terrain with Syrian Kurdish forces, enforcing a deconfliction mechanism with Russia — that are far removed from the original U.S. objective of eliminating ISIS’s territorial caliphate.

The counter-ISIS mission was accomplished nearly 18 months ago when the Syrian Democratic Forces retook the last portion of ISIS territory in Baghouz. Yet rather than declare victory and withdraw U.S. ground forces from Syria, Washington transitioned the U.S. deployment from counterterrorism to ensuring Iran is kept in a box. U.S. policy in Syria is less a mop-up of ISIS remnants as it is an extension of the U.S. maximum pressure campaign against Tehran. For instance, the al-Tanf garrison in Eastern Syria, where approximately 200 U.S. troops operate, is irrelevant for the counter-ISIS military campaign.

The deployment does, however, make sense if Iran is the main target. Former national security adviser John Bolton and Ambassador James Jeffrey, the Trump administration’s counter-ISIS envoy, consider a U.S. troop presence in this specific area to obstruct Iranian shipments into Syria and Lebanon and to eventually compel the removal of all Iranian forces from the country. The fact that this objective is highly unlikely to succeed — Iran and the Syrian government have had a strategic relationship with each other for nearly 40 years — means the U.S. military could very well be camped out in a vulnerable outpost for an undetermined period and at significant risk to otherwise unnecessary clashes.

To be sure, Iran is a problem for the Middle East. Tehran continues to support militant proxy forces in Syria, Iraq, Yemen, Lebanon, and Afghanistan. But maximum pressure has done nothing to push Iran into abandoning this behavior and is pushing Tehran into doubling down on its investment in these relationships. The Iranians have sent a signal to the U.S. that pressure will beget resistance. As long as U.S. ground forces remain in Iraq and Syria with an open-ended counter-Iran mission, U.S. servicemembers will be tempting targets for Iranian retaliation.

If President Trump is serious in his quest to end Washington’s military involvement in Iraq and Syria, he needs to reevaluate his maximum pressure strategy against Tehran. A campaign of deliberate escalation is incompatible with a desire to conclude these endless wars.