Would have won with a comfortable 65% anyway, but this is the suck ups' idea of marking themselves out as hyper-loyal to the President-monarch 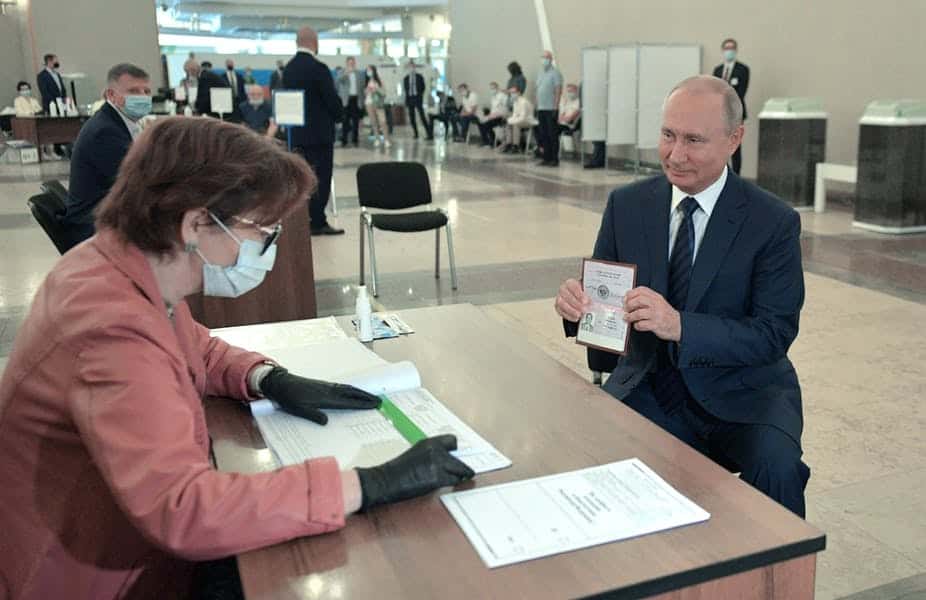 So the Russians have become the “state-forming people” of the Russian Federation following the completely unsurprising victory of YES.

Putin also gets the option of running for two more 6 year terms come 2024. 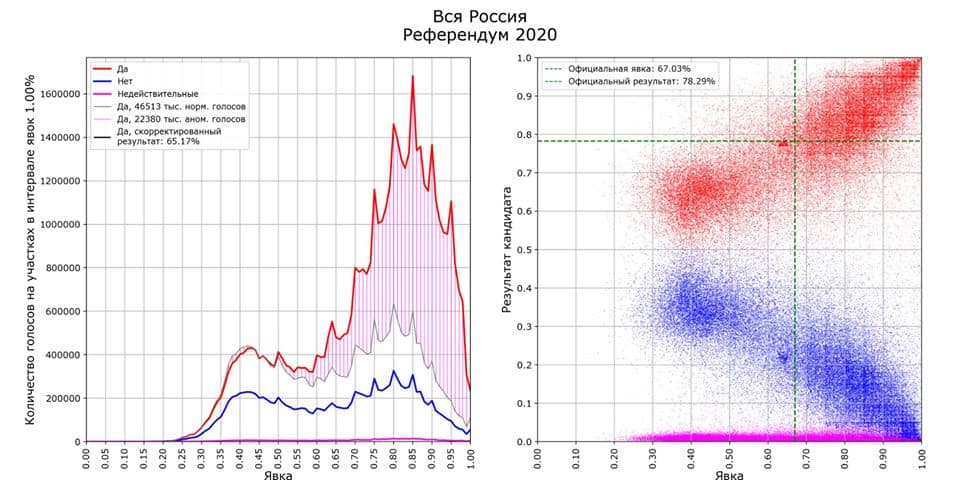 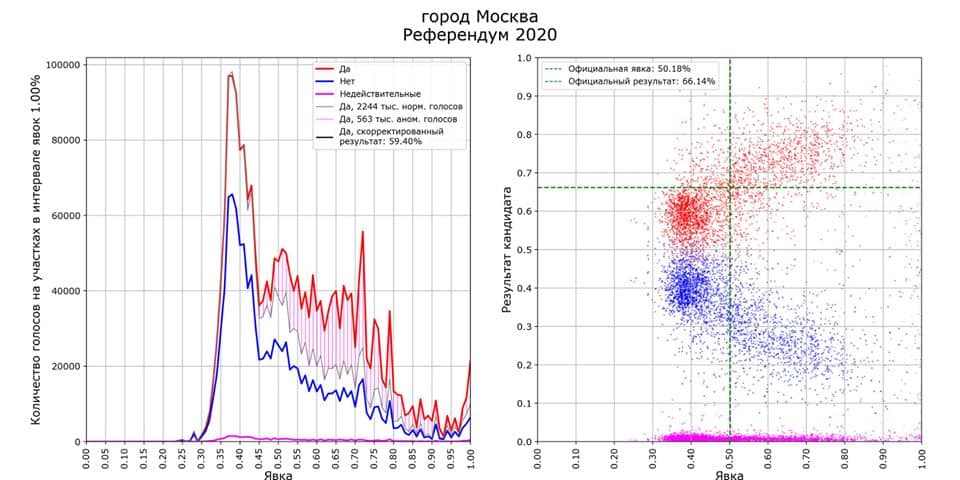 It also happens to be the case that this is very likely the most falsified election/referendum in modern Russian history, though would have still eked out a solid win of ~65% instead of the official 79%.

I have argued before that electoral fraud tends to be a bad idea even from the perspective of authoritarian polities, as it’s a crude tool that undermines elections as a way of credibly signaling regime strength and gathering reliable information.

However, I’m not especially “triggered” by it, except in so far as it makes it harder for me to shill the amendments as the genuine expression of the will of the Russian people.

I have also stated before that I doubt there’s any direct orders to falsify from the Presidential administration, as suggested by the heterogeneity of fraud, ranging from relatively clean in some regions (not just Moscow, but also Murmansk, Novgorod, probably also Crimea where the 90% result is explained by Putin’s local approval ratings and the fact that it doesn’t decrease with lower turnout) to completely invented at a few extremes (down to artificially having NO win at a fraction of polling stations).

The hijinks are very obvious even to the naked eye, they’d be less so if centrally organized from technocrats.

Incidentally, this does illustrate why I can never be successful in politics or even mass punditry. Supporting the fascist, homophobic and Russian supremacist Constitutional amendment to aid and abet the Putler regime’s bid to remain in power indefinitely while spreading neocon propaganda about how Russian elections/referendums are falsified while saying that it is not really Putin’s fault while but it actually sort of is for not building a more sophisticated (deniable) electoral fraud machine over 20 years in power if you really need to keep falsifying elections… isn’t the best way of raising relations with any of the major factions – Western partners; libs; Putinists; even nationalists.

From Chechnya – tfw you forget to falsify at one of your polling stations https://t.co/Zjb006cYbV pic.twitter.com/sqo3JkS3dI