Masks Perpetuate the Elevated Levels of Fear. Stop Wearing Them 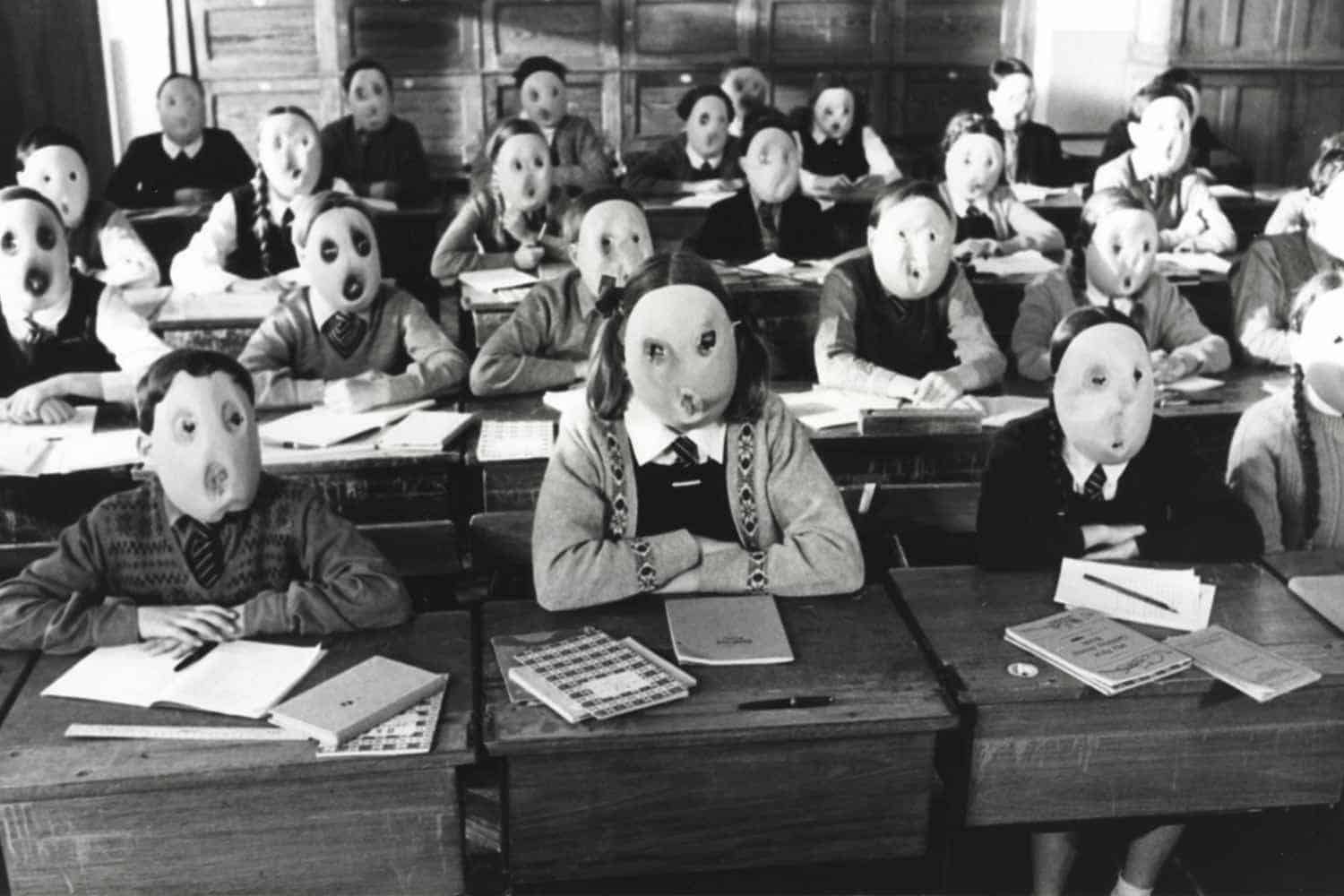 The summer of 2020 has witnessed the phased mandating of face coverings for all UK citizens (sick or healthy) in some community settings. In England, masks became compulsory on public transport (from 15th June), in shops and supermarkets (from 24th July) and in communal spaces for schools located within local lockdown areas, for Year-7 pupils and older, (announced on 25th August for a September implementation). This creeping coercion has resulted in widespread compliance, face coverings becoming the most blatant sign that life has changed since the advent of coronavirus.

The majority of people seem quite content to hide their faces behind cloth or disposable plastic. Those who are reluctant to comply are often encouraged to do so by our fellow citizens: ‘It’s only a mask – it’s no big deal’; ‘It helps to reassure others’; ‘It keeps others safe’; ‘It helps protect our most vulnerable’. Sometimes the miscreants are accused of recklessness, of being selfish and ignorant. Meanwhile our Government regurgitates the mantra that they are following both ‘the science’ and World Health Organisation advice – the latter establishment’s take on the mask issue flip-flopping more times than an Olympic gymnast and seemingly influenced by political lobbying rather than objective evidence.

Should we all comply and allow face coverings to become an integral part of day-to-day life? I’d scream a resounding ‘NO’. Here are five good reasons not to wear a mask, numbered in reverse to indicate an ascending order of importance:

Let’s look at each reason in more detail. 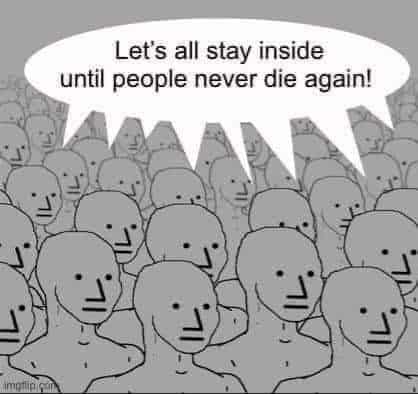 To date there have been no randomised controlled trials to investigate whether wearing face coverings has any impact upon community transmission of the latest coronavirus (SARS-CoV-2). In contrast, with regards to seasonal influenza, a recent review of 14 controlled studies found that masks achieved no significant reduction in viral spread.

Viruses are tiny – about 10,000th of a millimetre in size – so non-medical face coverings, with much larger perforations, will not act as an impermeable barrier. In support of this reasoning, a Japanese study concluded that cloth masks ‘offer zero protection against coronavirus’ due to their pore size. Similarly, a recent (June 2020) review by the Norwegian Institute for Public Health reached the view that non-medical masks achieve no benefit for healthy individuals, particularly when the prevalence of the virus is low.

The pro-mask lobby often argue that face coverings will prevent droplets of potential infection being spread to others via coughs and sneezes. Is it likely that masks will offer a more effective barrier in this regard than using a handkerchief or sleeve? I think not. And that’s before we consider the plethora of negative consequences associated with their imperfect use. So as to the question of whether face coverings protect others, in the words of Dr John Lee (a former consultant pathologist), ‘There’s little direct evidence to say that it does, and quite a lot of straightforward reasoning to suggest it doesn’t’.

The definitive conclusion emerges from a comprehensive review of the scientific evidence, incorporating studies of flu viruses, SARS-CoV-2 and naturalistic observations: ‘Most studies found little to no evidence for the effectiveness of cloth face masks in the general population, neither as personal protective equipment nor as a source control’.

4. Masks may do harm

I recently observed the barmaid at a local pub as she pulled me a pint of cask ale. Visibly uncomfortable, her hefty plastic face covering extended to her lower eyelids, her sweaty brow the only facial skin on show. Throughout the process she fiddled with the mask, repeatedly tugging at the soggy patch across her mouth, and no doubt transferring spittle to the outside of my glass. A few minutes later I noticed she had temporarily removed the offending item – which now looked like a soiled nappy – and left it on one of the bar stools.

It seems obvious to me that the large majority of the general public would not exhibit perfect mask-wearing behaviour, instead employing uncomfortable, ill-fitting garments that encourage the repeated touching of the face that constitutes an infection hazard. The risk that the wearing of face coverings in the community will likely increase viral transmission has been recognised by individual scientists and in reviews of the research literature. Potential harms to the wearer have also been highlighted including exhaustion, headaches, facial dermatitis and dehydration.

Mask wearing may not only lead to physical harms. People who are already struggling with some mental health difficulties are likely to find that face coverings heighten their emotional distress. For example, those enduring recurrent panic attacks – experiences often underpinned by thoughts of suffocation – are likely to find that masks aggravate their fears. Also, victims of historical physical and sexual assaults, that involved some form of smothering or a hand over the mouth, will often be triggered into ‘flashbacks’ of the trauma by the physical sensation of a face covering. 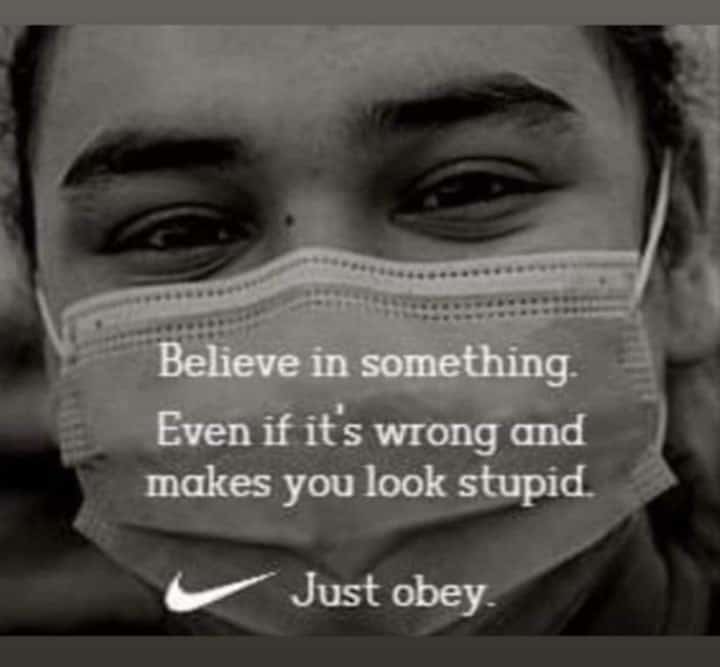 The rushed introduction of the Coronavirus Act (2020) and the Health Protection (Coronavirus Restrictions)(England) Regulations (2020) (along with subsequent, hastily amended, public health regulations) have – without any parliamentary scrutiny – imposed a raft of unprecedented and draconian restrictions. Consequently, the whole population have been denied a range of basic freedoms around travel, work, leisure, social activity and education. In order to successfully impose a totalitarian regime of this kind, the Government (and its public health zealots) require the acquiescence of its citizens; a mask constitutes a blatant symbol of such compliant passivity.

To maintain a tyranny of this nature – one purportedly for our own good – self policing by the populace is essential. The visibility of face coverings provides immediate identification of the rule followers and the rule breakers, a distinction that was much less clear in the case of adherence to lockdowns. Being without a mask in a supermarket, bus or train casts a person in the discomforting category of a deviant minority, with all the associated peer pressure to conform. Sometimes this pressure is overt, involving verbal challenges or abuse. Appearing unmasked can feel comparable to not displaying the blatant icon of a dominant religion while among devout followers.

Humans are social animals. We need to interact with others and communicate to sustain our wellbeing. The reactions of the people we meet provide continuous feedback about ourselves and the impact we are having on our fellow citizens. Masks are a major impediment to all these human requirements and, as such, they are de-humanising.

Face coverings impair verbal communication. A barrier across the mouth inevitably muffles speech, making it more difficult to differentiate words, particularly when the listener is hard of hearing. For the profoundly deaf, masks render lip reading impossible, thus effectively isolating them from their social environment.

Arguably, the negative effects on non-verbal communication are even more significant. Facial expressions play a central role in conveying emotion, but when I glance at a muzzled passer-by I cannot determine whether that person is happy, sad, anxious, angry or disgusted, thereby inhibiting any form of shared pleasantry or human connection. One stark non-verbal message that a mask does broadcast is, ‘One of us is unclean’, a warning that further discourages interaction. Individuality minimised, identity hidden, the masked population appear broadly the same, as they trudge along in their social vacuums.

As for the masking of children, these negative consequences are multiplied to the point at which it constitutes a form of child abuse. Play and peer-to-peer interaction are necessary for social development and the growth of emotional intelligence; the act of denying our kids these basic opportunities should only occur in dystopian novels, not in a purportedly civilised society. 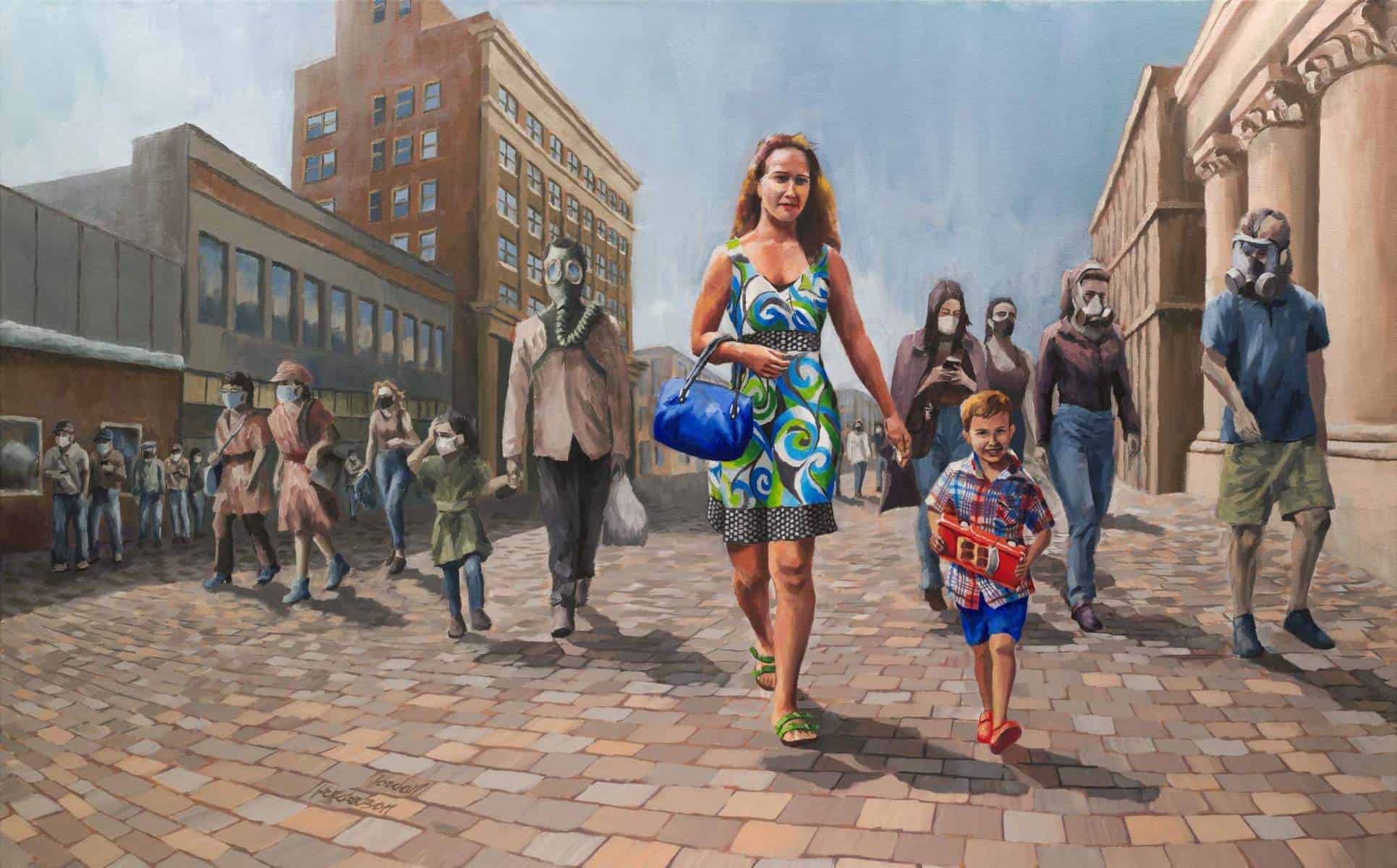 And so onto what I believe to be the most damaging consequence of widespread masking: the prolongation of elevated fear levels.

In the early stages of the coronavirus crisis the Government, and their expert advisors on SAGE, made the strategic decision to inflate the levels of fear among the general population. As shown in the minutes of a meeting on the 22nd March, the psychological specialists on the group believed that, ‘The perceived level of personal threat needs to be increased among those who are complacent’, and they recommended ‘using hard-hitting emotional messaging’ as a way to enhance compliance with public health diktats. Consequently, in partnership with the mainstream media, we were continually bombarded with mantras, slogans and images primarily intended to frighten us into submission. The campaign was a huge success. With fear elevated to levels way beyond what was rational given the actual risk we faced, the large majority complied with lockdown and other restrictions.

And now masks are perpetuating these exaggerated fears. Acting as a crude, highly visible reminder that danger is all around, face coverings are making a major contribution to the maintenance of the widespread hysteria. Tragically, the cost to society is enormous.

Fear wrecks lives and livelihoods. There is plenty of evidence to suggest that fear of attending hospital with non-coronavirus problems is contributing to the premature death of many people. In the first four months of the year, the Office of National Statistics estimated that almost 13,000 excess deaths were not attributable to SARS-CoV-2, a finding likely to be associated with the fact that admissions to Accident & Emergency departments were 128,000 lower in March 2020 as compared to March 2019. The Royal College of Paediatrics stated they had evidence of parents too scared to take their ill children to hospital. A senior oncologist predicted that treatment delays could cause up to 30,000 excess cancer deaths. And the health impact on older people – lonely and isolated, too scared to leave their homes – is as yet difficult to quantify.

As the country remains held in fear-instilled paralysis, the impact on wellbeing will be considerable. Multiple businesses have already perished through lack of footfall, with tens of thousands of hard-working people – many on low incomes – losing their livelihoods. Taking a wider perspective, the UN International Labour Organisation believe ‘half the people in the global workforce risk losing their jobs’. Consequently, suicide rates are likely to increase significantly. Furthermore, the inflated threat levels will aggravate existing mental health problems, including those already tormented by excessive worry and obsessive-compulsive concerns around fear of contamination.

Taking these five reasons into consideration, there are strong grounds to ignore the Government mask diktats and move around our communities with full faces on show. Although I respect the right of any individual to choose to wear a face covering, there is no scientific or ethical justification for doing so. Rather than protecting others, the pro-mask lobby are colluding with a draconian policy that is eroding basic freedoms, and impacting negatively on the physical and mental health of their fellow citizens – clearly, they do not hold the moral high ground.