"Sources close to Graham say he has already made preparations to deploy, such as purchasing a 2007 Toyota Hilux" 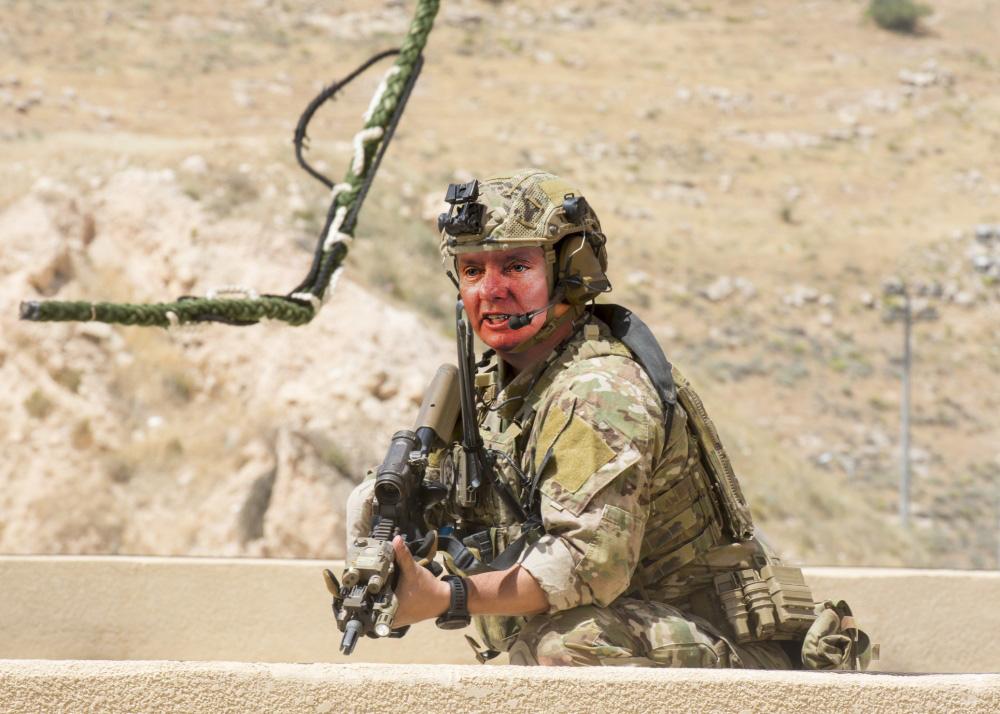 Sen. Lindsey Graham (R-S.C.) released a video statement on YouTube today in which he assured voters he would stay in Afghanistan and fight the Taliban after the last U.S. forces withdraw from the country.

In the video, Graham is seen wearing a “Grunt Style” t-shirt and sitting in a pickup truck, ranting for several hours about everything from long waiting room times at the VA to why Captain Marvel would have never made it through Ranger school unless they lowered the standards.

At one point, Graham says, “If the president orders the troops out of Afghanistan, I will deploy and fight the Taliban until they’re all dead or they surrender unconditionally.”

“This isn’t a nation of quitters,” Graham yelled hoarsely into the camera. “We’ve only been there for a couple decades. I lived dedication and commitment as a battle-tested leader during the weeks I spent in Iraq and Afghanistan. And let me tell you this, the men and women of the great state of South Carolina, from the F-16 factory in Greenville to the MRE plant in Mullins, are prepared to support the troops in Afghanistan for as long as necessary.”

In addition to serving as a senator, Graham is retired colonel and Bronze Star recipient. He left the Air Force Reserve after more than 30 years. Graham’s statement refers to the nearly five months he spent deployed as a Judge Advocate General, widely regarded as the service’s “Delta Force.”

Graham’s video announcement follows his warning to President Trump last week that completely withdrawing U.S. troops from Afghanistan could lead to the country becoming a safe-haven for terrorist groups “as bad as Pakistan, Syria, or parts of the United States.”

While defense industry proponents agree that leaving a small contingent of several hundred thousand troops could prevent another 9/11-style attack on American soil, critics like Democratic presidential hopeful and fellow combat veteran Pete Buttigieg argue that the 18 years spent in Afghanistan have yielded little security gains and that troops should be withdrawn immediately.

“During my time in Afghanistan, I didn’t know if I would ever make it home,” Buttigieg told reporters. “All the Air Force transport aircraft kept ‘breaking down’ in Rota [Spain] and I had to wait for days at a Green Bean near the passenger terminal drinking lattes made with shelf-stable milk. It was horrible.”

“But my seven months there as a Naval Reserve intelligence officer gave me the foreign policy experience to say confidently that we need to withdraw troops completely and immediately, no matter the second and third-order effects I haven’t considered.”

Graham’s video ends with him shooting in three-gun competitions, flipping tractor tires on a farm, and firing an M240L from the hip while wearing American flag silkies.