Lavrov: US Doesn’t Get to Cry Over Iran Stockpiling Uranium 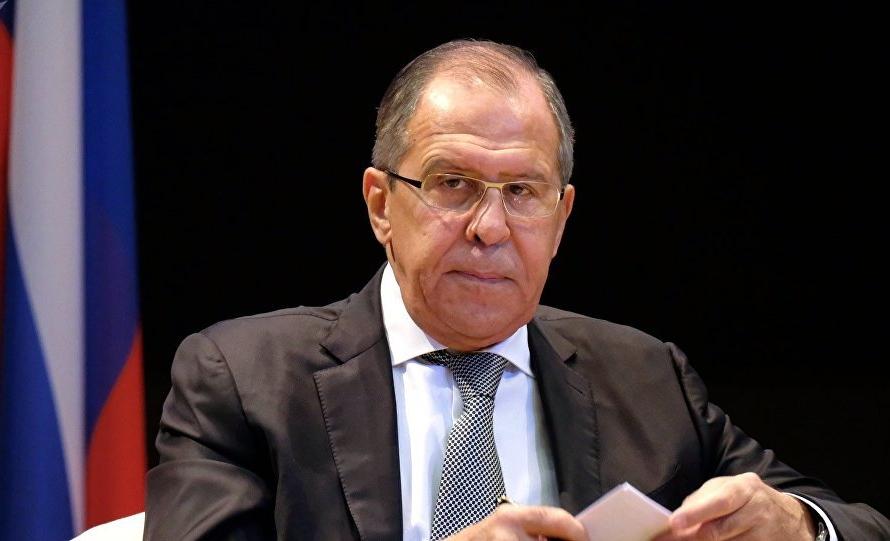 This is something Checkpoint Asia pointed out several weeks ago. Trump pretends that Iran stockpiling more enriched uranium and enriching to somewhat higher levels (still not weapons grade) is tantamount to Iran making a nuclear threat against the US.

In reality even if Iran wanted to rid itself of the surplus uranium it could not do so because since May the US has threatened sanctions against anyone who would take off its hands.

Is Trump truly this dumb not to comprehend this? If so he’s not just dumb, he’s mentally retarded.

The US itself is making it harder and harder for Iran to have the means to comply with US demands even if it wanted to.

And it’s all the more absurd and illegal because that Europeans and Russians would take Iran’s excess enriched uranium was put into a UN Security Council Resolution that made the Iranian nuclear deal official.

Iran’s decision to exceed the limit for the reserves of low-enriched uranium is caused by the U.S.’s sanctions prohibiting the purchase of excess raw materials from Tehran. Russian Foreign Minister Sergey Lavrov stated that.

According to him, in fact, by its actions, the U.S. prohibited every UN member to fulfill the UN Security Council resolution that approved the JCPOA.

Sergey Lavrov, Foreign Minister of Russia: “Not long ago, in May of this year, the U.S. adopted a new package of sanctions prohibiting anyone to buy excess low-enriched uranium and heavy water from Iran.Basically, the U.S. prohibited every UN state to fulfill the UN SC resolution, which approved the Joint Comprehensive Plan of Action to deal with the Iranian nuclear program. That’s why, of course, we should see the picture as a whole and not simply focus on what Iran did today”.

At the same time, Sergey Lavrov called upon Iran to show prudence and stick to the key provisions of the treaty on guarantees with the IAEA. According to the minister, the European colleagues, for their part, should fulfill their promises concerning trade and economic relations with Iran. Otherwise, as Lavrov stated, constructive dialogue about the preservation of the JCPOA will be impossible.