At least one producer is seeling at negative prices, paying you to take crude off its hands 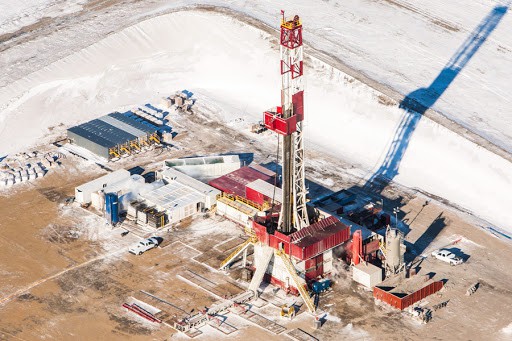 Oil markets are in pain. Demand has plummeted, with about three billion people under lockdown just as the world faces a historic supply glut.

The world’s crude storage, meanwhile, is filling fast, from underground caverns to rail cars and tankers.

For landlocked producers, that hardly matters: Some are already paying customers to take their oil away.

The consequences will be long-lasting. Drillers in the U.S. and elsewhere are scaling back or shutting down production. Against a background of steep spending cuts, not all of that will be swiftly reversible. Price relief will hinge on the world’s convalescence.

The collapse in appetite for gasoline, jet fuel and diesel has been unprecedented in speed and scale. Goldman Sachs Group Inc. estimated Monday that with economies representing 92 per cent of global gross domestic product now under some form of social distancing, the loss of demand this week stands at 26 million barrels per day, roughly a quarter below last year’s levels . Over a month, that’s almost 800 million barrels lost. Numbers since published from the shuttered economies of Italy and Spain suggest levels of destruction could be even worse. Spanish diesel demand is down 61%.

The collapse is translating into a surplus that’s straining refineries, pipelines and the world’s limited ability to squirrel away oil.

There is no precise estimate for how much capacity the world has to store oil products. Analysts at S&P Global Platts estimate 1.4 billion barrels, including 400 million of floating storage. So far, 50% of that has been used: The figure will rise to 90 per cent by the end of April. It’s a squeeze visible in freight rates, with fleets of very large carriers filling up, making it harder to use them to store oil or even move it to a buyer. Costs for the benchmark journey from the Middle East to China have risen sevenfold; Reliance Industries Ltd. paid $400,000 a day for a supertanker to haul oil from the Middle East to India’s west coast in early April.

For landlocked drillers, though, there are greater worries. They are facing a lack of local storage, and pipeline companies asking them to cut back or prove they have a buyer for their crude before loading. They simply can’t get oil to the right place, at the current price. Meanwhile, refineries are cutting back as they reach storage limits.

This all means that negative oil prices — when producers are effectively paying customers to take the oil — aren’t only possible, but already a reality. The global benchmarks for oil, West Texas Intermediate and Brent, have dropped about two-thirds this year. They aren’t about to dip below zero. You won’t get paid for filling up at the pump. In the neighbourhood of $20 a barrel, though, where your oil is now matters almost more than how much it costs you to produce it.

Check out grades that demand expensive refining or in locations requiring costly transport. Wyoming Asphalt Sour, used in paving, was among the first to slide into the red at a negative $0.19 per barrel in mid-March, as my colleagues Javier Blas and Sheela Tobben reported last month.

Other producers may be selling at a loss, effectively subsidizing buyers to take their output. Western Canadian Select, the benchmark price for the giant oil-sands industry in Canada, is at around $5, with Bakken crude in Guernsey, Wyoming, in single digits too. The gap with WTI has become wider.

Many of these producers are already cutting back or shutting down. Whiting Petroleum Corp., a shale champion, filed for bankruptcy Wednesday. Oil explorers, servicing companies and others are in severe pain too, and the squeeze won’t be felt only in the U.S. Russia says it won’t boost supply at current prices. Ecuador has failed to find buyers.

What does this mean for an eventual recovery? First, the extent of demand loss means that even a resolution to the Saudi-Russian spat would help only a little, perhaps easing pressure on the world’s fleet of very large oil carriers, known as VLCCs.

A real pick-up in prices will require demand to come back. At that point, it may not require much to prompt a temporary spike, depending on how much is stored, locked up by traders through financial contracts, or taken out for good. Geopolitics, with oil-producing nations strained, may also help a little. For the time being, though, negative prices are here to stay.