USAF has over the years barred Syrian jets from Kurdish-held northern and eastern Syria, and shot down a Syrian Su-22 jet in 2017 which had been on bombing run vs ISIS but do to a navigation error dropped its payload merely in the general vicinity of some Kurdish ground forces.

This is how Pentagon press release read at the time:

At approximately 4:30 p.m. Syria time, June 18, Pro-Syrian regime forces attacked the Syrian Democratic Forces-held town of Ja’Din, South of Tabqah, wounding a number of SDF fighters and driving the SDF from the town.
Coalition aircraft conducted a show of force and stopped the initial pro-regime advance toward the SDF-controlled town.
Following the Pro-Syrian forces attack, the Coalition contacted its Russian counterparts by telephone via an established ‘de-confliction line’ to de-escalate the situation and stop the firing.
At 6:43 p.m., a Syrian regime SU-22 dropped bombs near SDF fighters south of Tabqah and, in accordance with rules of engagement and in collective self-defense of Coalition partnered forces, was immediately shot down by a U.S. F/A-18E Super Hornet.
Ja’Din sits approximately two kilometers north of an established East-West SDF-Syrian Regime de-confliction area.
The Coalition’s mission is to defeat ISIS in Iraq and Syria. The Coalition does not seek to fight Syrian regime, Russian, or pro-regime forces partnered with them, but will not hesitate to defend Coalition or partner forces from any threat.
The Coalition presence in Syria addresses the imminent threat ISIS in Syria poses globally. The demonstrated hostile intent and actions of pro-regime forces toward Coalition and partner forces in Syria conducting legitimate counter-ISIS operations will not be tolerated.
The Coalition calls on all parties to focus their efforts on the defeat of ISIS, which is our common enemy and the greatest threat to regional and worldwide peace and security.

Where is this vaunted “defense of partner forces” now?

As Kurds are discovering it is one thing for the Empire to attack Syrian planes in Syrian airspace, and another to take down those of an invading (NATO) power like Turkey:

The #SDF showed good faith to the security mechanism agreement between the #US & #Turkey. This left our people defenseless. We ask the US & the @Coalition for a NO FLY ZONE to stop the attacks on innocent people.@DeptofDefense @NATO @UN @EU_Commission @StateDept

What an accurate diagnosis too: ‘We trusted you and this left our people defenseless.’

Instead US “partner forces” are reduced to trying to protect themselves by burning tires and the Turks bomb them with impunity. So much so they have time to be drawing crescents in the sky: 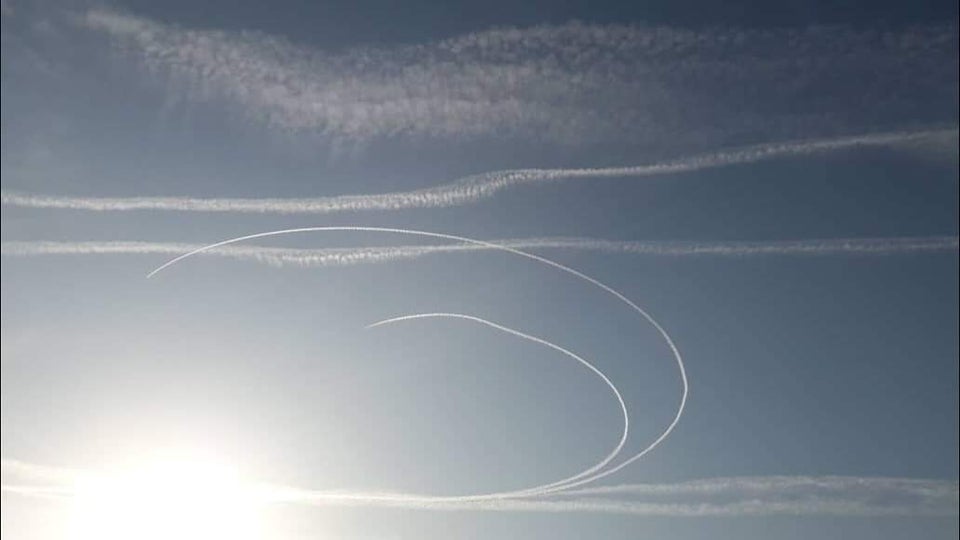 Yet between a 1,000 and 2,000 US troops remain in eastern Syria embedded with the mainly Kurdish SDF. In fact the SDF moniker as well as the umbrella organization itself is a brainchild of the US which has helped train and salary it. YPG/SDF remains a “partner force”, just one that is being offered as a sacraficial lamb to Erdogan. Such ungrateful guests.