If there is one thing I have learned about making a career out of studying North Korea it is this: the Kim regime loves to tell those who pay attention to its unique propaganda many times what it is going to do before it does it—sometimes even telegraphing for us in clear language the next crisis it intends to start.

If that holds constant now, then Pyongyang seems once again hellbent on sparking a crisis with the U.S. North Korea, angry that multiple summits with Seoul and Washington have failed to grant sanctions relief despite what they feel were big concessions on their part, could very well bring us back to the days of fire and fury and a crisis perhaps worse than the dark days of 2017.

The only question in my mind is the time and the place and type of escalation it could choose. But again, North Korea has handed us their plans well in advance, all we must do is listen and prepare for what is coming.

And, at least for now, the latest challenge with North Korea is a squabble between Seoul and Pyongyang that could get quite serious. The Kim regime, using the excuse of anti-regime leaflets that have been sent by South Korean activists on and off for decades, has been warning for several weeks that such action could spark a response. Kim Yo-jong, Chairman Kim Jong-un’s sister, has been the lead figure in putting out press release after press release attacking South Korea. And, with a warning that such action was coming, North Korea on Tuesday blew up the Inter-Korean liaison office, sparking another crisis on the Korean Peninsula.

And from here, things are bound to get worse, as North Korea clearly has plans for President Trump, which could very well mean a test of a long-range missile that, in theory, could hit the U.S. homeland, or an ICBM. In fact, true to form, North Korea keeps dropping hints that this very well could happen—and soon.

Going back to October of last year, Pyongyang has continued to increase the magnitude of threats it has made, especially after failed talks last fall in Stockholm, continuing to signal some sort of aggressive act was coming.

Recall there was the North Korean threat to give the U.S. a “Christmas gift” late last year, perceived by many to be an ICBM test, which thankfully never occurred. Then, at the end of last year, Pyongyang vowed to show the world a “new strategic weapon,” which many believed was also another reference to a new ICBM test. There have been statements late last year and earlier this year that Pyongyang does not feel bound by any pledges made to America in regard to halting ICBM as well as nuclear weapons tests.

To be frank, only up until the last few days, I did not think North Korea would dare test an ICBM this year and I dismissed such talk, knowing that they would be recreating the very conditions that sparked a nuclear showdown with the U.S. back in 2017. However, in a recent press statement timed to the second anniversary of the Singapore Summit, North Korea explained that “[T]he secure strategic goal of the DPRK is to build up more reliable force to cope with the long-term military threats from the U.S.”

While that can clearly mean many things, I would argue that North Korea has now threatened the U.S. once again with testing ICBMs. At present, the Kim regime’s nuclear and missile forces are clearly not “reliable” enough to ensure a successful nuclear strike on America. Pyongyang, at least according to open-source data, has never tested a dummy warhead that can penetrate Earth’s atmosphere. At least for now, Pyongyang has only tested the range of its Hwasong-14 and Hwasong-15 ICBMs back in mid-to-late 2017. The only way North Korea can develop a ‘reliable’ ICBM is to keep testing—and that means testing a working warhead design in the field–not confined to a lab.

And with reports last week that North Korea built and displayed more ICBMs, Pyongyang could very well spark a crisis later this year with a fresh round of testing. One cannot even rule out a July 4 launch, the exact date back three years ago when North Korea tested its very first ICBM or even sooner, say on June 25, the date marking the 70th anniversary of the Korean War.

All of this foretells a very dangerous few weeks or months to come. If North Korea were to test an ICBM, Trump would lose one of the signature diplomatic accomplishments he loves to brag about time and time again.

It stands to reason Trump would take great offense to such a move, knowing the Biden campaign would use the launch as ammo in the campaign. And that can only mean one thing: Trump getting ultra-aggressive in trying to get North Korea to heel. In the pressure cooker that is a U.S. presidential election, there is no telling what Trump will say or do to push back against North Korea’s act of defiance. 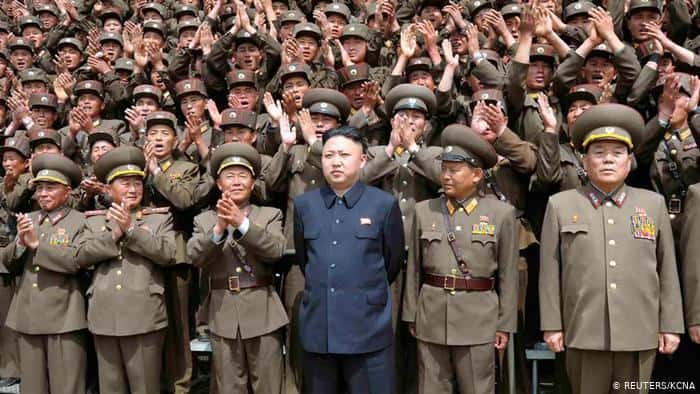