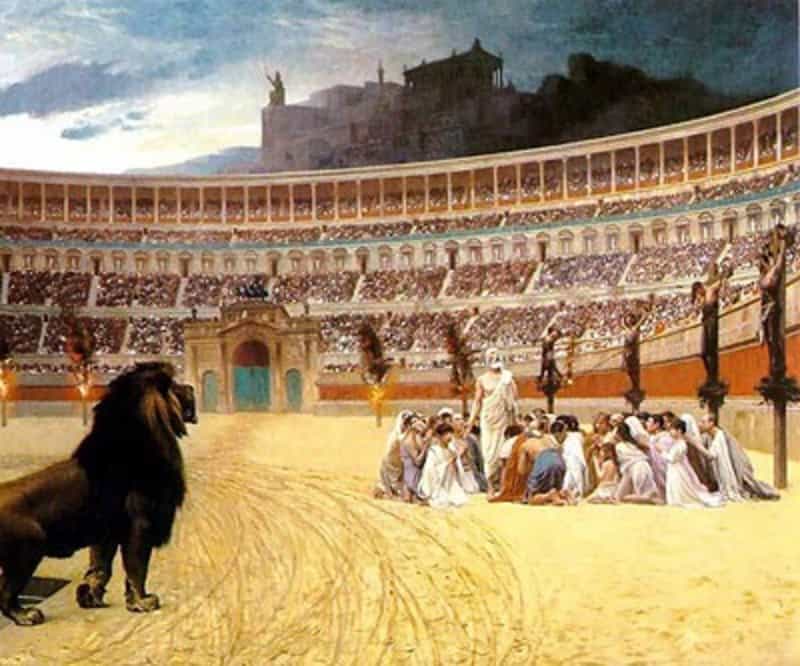 Related: #StayAtHome Is Murder. Getting Infected Is the Only Way Out of This — Precisely What They’re Keeping Us From

Democrat Gov. Andy Beshear has ordered state surveillance of any in-person church services conducted in Kentucky over Easter weekend, and mandatory quarantines for any who attend.

Kentucky State Police will record the license plate numbers of cars in church parking lots for in-person services and turn the owners’ names over to local health departments, which will issue 14-day quarantine orders, according to an April 10 press release from the governor’s office.

It’s not clear how health departments will ensure whether the people at the services are the same as those whose names are on the car registration. Perhaps the police will record car occupants’ names when they issue criminal misdemeanor citations that the governor’s office says worshippers will receive for violating the governor’s state of emergency order issued several weeks ago.

In contrast, numerous public health officials, including those politicians are relying on for nationwide shutdowns, have said that most Americans will have to contract Covid-19 at some point to protect the vulnerable through herd immunity, since a vaccine usually takes nearly two years to develop. The point of the quarantines, in fact, is not to prevent transmission but slow it so health providers can treat people at a steady pace without becoming overwhelmed.

Kentucky is one of the states with the fewest cases and lowest spread of the dangerous disease despite a population with relatively high obesity and diabetes rates, which put people at higher risk when they contract Covid-19. Projections show the state has enough critical medical resources to care for all patients at the peak of the disease.

As of April 10, when the governor issued these restrictions on religious practice for the highest holy day of the Christian year, 90 Kentuckians had died and 1,820 had contracted the disease, or 0.04 percent of the population sickened and 0.002 percent killed.

He also ordered cars at drive-in services to not contain “groups” of people. According to longstanding constitutional precedent, government has no legitimate authority to declare how Americans may worship.

While some outlets are reporting this surveillance order as part of an executive order, no such order is available on the governor’s official website alongside all the others listed as related to the Wuhan virus. In fact, the governor’s demands for church services aren’t listed on his official coronavirus response page at all, but only on his news releases page. Media similarly reported as an executive order what was in fact guidance from the governor of neighboring Indiana also attempting to ban churches from distributing communion during drive-in church services.

Since it’s unconstitutional for government to tell Americans how they may worship, it appears both governors may be presenting these commands without issuing formal orders through the legal process, in order to achieve citizen compliance while reducing their exposure to lawsuits. Both governors issued these commands right before Easter — Indiana Gov. Eric Holcomb one business day before, Beshear no business days before — which also precludes any possibility of legal redress in time for Easter services.

The state’s former attorney general, Beshear was narrowly elected in 2019. He defeated Republican incumbent Matt Bevin largely due to Bevin’s attempts to clean up the state’s disastrously overextended finances. The coronavirus economic shutdown will devastate state and local tax revenue.