Authorities in Kazakhstan declared a nationwide state of emergency and promised a tough crackdown on Wednesday as mass unrest plunged the country into chaos. Meanwhile, President Kassym-Jomart Tokayev asked for the help of the Russia-led Collective Security Treaty Organization (CSTO).

“These terrorist gangs are international, have undergone serious training abroad, and their attack on Kazakhstan can and should be viewed as an act of aggression,” he said in a televised speech.

“Today I appealed to the heads of CSTO states to assist Kazakhstan in overcoming this terrorist threat,” he added on state television.

Kazakhstan’s armed forces have been called in to restore order and break up the riots about energy prices, Tokayev also said. He also announced that Almaty city’s airport, which had reportedly been occupied by protesters the day before, was back under government control.

Long seen as one the most stable of the ex-Soviet republics of Central Asia, energy-rich Kazakhstan was facing its biggest crisis in decades after protesters angry over rising fuel prices stormed government buildings.

Authorities appealed for calm but also shut down the internet and warned that lawlessness would not be tolerated.

“I intend to act as tough as possible … Together we will overcome this black period in the history of Kazakhstan,” he said.

Protests spread across the nation of 19 million this week in outrage over a New Year increase in prices for liquid petroleum gas (LPG), which is widely used to fuel cars in the west of the country.

Thousands took to the streets in the country’s biggest city Almaty and in the western province of Mangystau, saying the price rise was unfair given oil and gas exporter Kazakhstan’s vast energy reserves.

After a night of unrest that saw more than 200 people detained, several thousand protesters stormed the mayor’s office in Almaty on Wednesday afternoon and appeared to have seized control of the building.

Police fired stun grenades and tear gas at the crowd, some armed with batons and shields seized from police, but were unable to prevent them from entering the building, an Agence France-Presse (AFP) correspondent at the scene said.

Local media said protesters then set their sights on the presidential residence in Almaty. Both it and the mayor’s office were reported to be in flames.

There were reports of widespread unrest throughout the country and unconfirmed claims that protesters had seized control of the airport in Almaty.

Several flights from Moscow to cities in Kazakhstan were canceled or postponed on Wednesday night.

But the full picture was unclear after major disruptions to communications, including a nationwide shutdown of the internet, the blocking of online messengers and cuts to mobile phone services.

VIDEO — Protesters take down statue of Nursultan Nazarbayev as riots continue in Kazakhstanpic.twitter.com/YAe3qBeDws

The protests are the biggest threat so far to the regime established by Kazakhstan’s founding president Nursultan Nazarbayev, who stepped down in 2019 and ushered Tokayev into the presidency.

Tokayev tried to head off further unrest by announcing the resignation of the government headed by Prime Minister Askar Mamin early on Wednesday.

He also announced he was taking over from Nazarbayev as head of the powerful security council, a surprise move given the former president’s continued influence.

But with protests escalating, the government late on Wednesday said a state of emergency declared in protest-hit areas would be extended nationwide and in effect until Jan. 19.

The restrictions are aimed at “ensuring public safety, restoring law and order, and protecting rights and freedoms of citizens,” a broadcaster said on state television channel Khabar 24.

Much of the anger appeared directed at Nazarbayev, who is 81 and had ruled Kazakhstan since 1989 before handing power to Tokayev.

Many protesters shouted “Old Man Out!” in reference to Nazarbayev and images posted on social media showed a statue of the ex-president being torn down.

Tokayev was hand-picked as a successor by Nazarbayev, a close ally of Russian President Vladimir Putin. [They have a working relationship. They’re not exactly “allies”.]

One of five ex-Soviet nations in Central Asia, Kazakhstan is of crucial importance to Russia as an economic partner and home to a large ethnic Russian population.

Moscow called for a “peaceful solution … through dialogue, not through street riots and violation of laws.”

The European Union and the United Nations called for “restraint” on all sides, while Washington urged authorities to allow protesters to “express themselves peacefully.”

Spontaneous, unsanctioned protests are illegal despite a 2020 law that eased some restrictions on freedom of assembly.

Smaller rallies had been staged in cities across the republic from Sunday, beginning with the town of Zhanaozen in Mangystau.

The initial cause of the unrest was a spike in prices for LPG in hydrocarbon-rich Mangystau.

Reports by independent media suggested that Tokayev’s announcement of a new price of 50 tenge (11 U.S. cents) per litre, down from 120 at the beginning of the year, failed to weaken the rallies in Zhanaozen and Mangystau’s capital Aktau as demonstrators aired new demands.

I smell a foul stench of Yank doing in this.

And the useless poohtin just smiles N waves. Useless CS. He is too scared to hit them. What a useless POS he is.

This is a bit different than Czechoslovakia in 1968.

In this case the CSTO troops (not Warsaw Pact) are invited in by the current Government.

President Kassym-Jomart Tokayev will still have to find some way to rule after this end without embittering the population at large. That means avoiding large civilian losses, while eliminating the provocateurs. The Kazkh government wants to look strong and have (mostly) Khazakh forces wipe out violent opposition.

“The mission is peacekeeping. The CSTO soldiers are not taking part in military activities… The CSTO peacekeepers will carry out protective and security functions”, the first deputy chief of the presidential administration, Dauren Abayev, told the country’s Khabar 24 broadcaster.”

CSTO is being tasked to guard, basically defensive actions, while the Kazakh millitary clears the square…

Let’s see how this plays out….

This stinks of CIA influence, just their kind of operation, its what they do all over the world, train and pay activists and organise demos and riots.
Just ahead of US – Russia talks, how convenient, those Neocons will never give up.
Russia, as well as the rest of the world knows you cant believe a word that comes out of US Governments mouth.
They lie, deceive and trick you, openly for all to see, these upcoming talks are a US stalling tactic, theve been caught off guard by Russia and can’t find a way out of their mess without looking bad and humiliated again, right after the Afghanistan debacle.
Now more than ever these US neocons need a lesson they’ll never forget, Let them tell their lies and empty promises then tell them where to get off too and go into Ukraine and restore peace once and for all and kick out all foreign forces, bring all the Russian speaking areas back to mother Russia, Ukraine as a state will be finished but peace will be restored.

This what any CSTO country should do the NGO .. 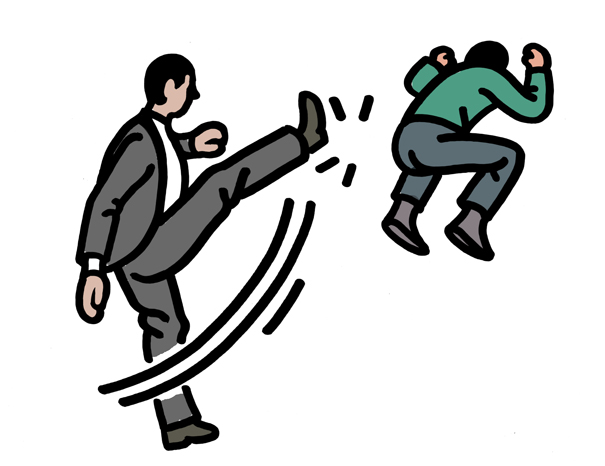 Khazachstan tolerated too lo g the zionazi NGOs! It is time to chase them out,lock them up and throw the keys away! Russia must stop another Maidan and protect its underbelly! A highest time to declare big war on the zionazi United Snakes and bring them down to its knees!!! They are already in deep troubles!!! This fuel increase for LPG done some zionist agent, who should be publicly lynched and hung!!! In a huge LPG exporter to double the prize is only zionazi move against the peace!!! Close down the Western nations CIA embessies and expell them within 48 hours!!!

Let’s not forget that the farmers and ranchers , who have seen their younger cattle become infected with black leg disease last year and it got out of control. This was not the only problems either. Close to this outbreak was a US military BioWeapons lab and the people started to protest. And, they also started to protest when they heard their government OKd an even bigger underground US Bio Weapons Lab that is to built – shortly. Is this all related? Are the people all talking , are they tired of the corrupt government that told them that these BioWeapons labs are nothing to be afraid of.? The last time black leg disease was active , was almost 100 years ago – coincidence ? Hardly.

There might be more to this story and we all know how sleazy the old Soviet countries can get, when it comes to taking millions of dollars. In other words – move the populace out of No F.. Bio Labs and move them over to – No higher gaz prices and don’t forget to bring in some foreigners to make it look good. Sabe’ ?
Thanks A E

And bird Flu in China, Swine flu also in China, food is security, lack of food makes people desperate and easy to manipulate. The Khazak Gov did make a huge mistake, raising energy prices in the winter…

Well, we can certainly question all this biological war against the food chain { agri and animal products} and these labs would have to be tied to Globalists like Monsanto, Carghill, DuPont, Lilly Pharma. Very visible in Ukraine since the Globalists own much of that famous Ukie Breadbasket, not to mention the 12 Bio Labs that sprang up in Ukraine. Russia, being part of the Globalist markets seem – not to be worried about all these Labs on their borders. Only Missiles on their border. Pretty strange.

I have read rumblings about these labs in the Russian press ( English sites for external consumption), you are correct they are not part of the public demands to NATO.

Ever since Biowepons have been “banned” they have been bundled into “vaccine research”, and passed off as defensive. I am Sure Russia does the same, and any comprehensive shutdown of Bio Labs might spur the demand from NATO /EU that Russia do the same. Add to that inspections for compliance, and I doubt either side would like to deal with that…

The reason that it is so easy for the globalist spooks to destabilize these so called countries…Is simply because the gangsters that run them are so irredeemably corrupt..

It really seems that everywhere one looks most citizens regard their governance with at best utter contempt.. and thus are easily moved around the chess-board by un-social media yankees and their zionist masters para-military embeds…

Of course most of the so called ‘leaders’ are high ranking masons and WEF apparatchiks.. as the russkies are finding out..

This whole thing is poohtins fault because he refuses to target the leaders of all these things. He promised everyone a few months ago that he will target the leadership and the centers of command. What has the useless poohtin done? Answer NOTHING. Not one of the cabal has been hit. Thanks for NOTHING vladmir. You useless coward lying chicken. And YOU know EXACTLY where they are. You COULD hit them with pinpoint bombs. YOU lying CS. Do what you said you will do.

Better check as to where the CIA/Mossad agents are, smells like another COUP attempt by the USA/israel for the oil resources.

This is U$/I$rael at work, and if the Kazakh government doesn’t ruthlessly crush this revolt there will be a Ukraine on Russia’s southern border. Just as in the US thugs are burning buildings, and tearing down statues without being punished; it’s time for Putin, and Tokayev to take a lesson from Lukashenko, stand up.

Quote, “Washington urged authorities to allow protesters to “express themselves peacefully.” Unquote. Did Washington allow protestors to protest peacefully last January in Washington ??? L.O.L. Talk about hypocrisy, no one does it better than the U.S.of A.