Saints that miraculously are "doing and saying precisely what is expected from them in London, Paris and Washington" 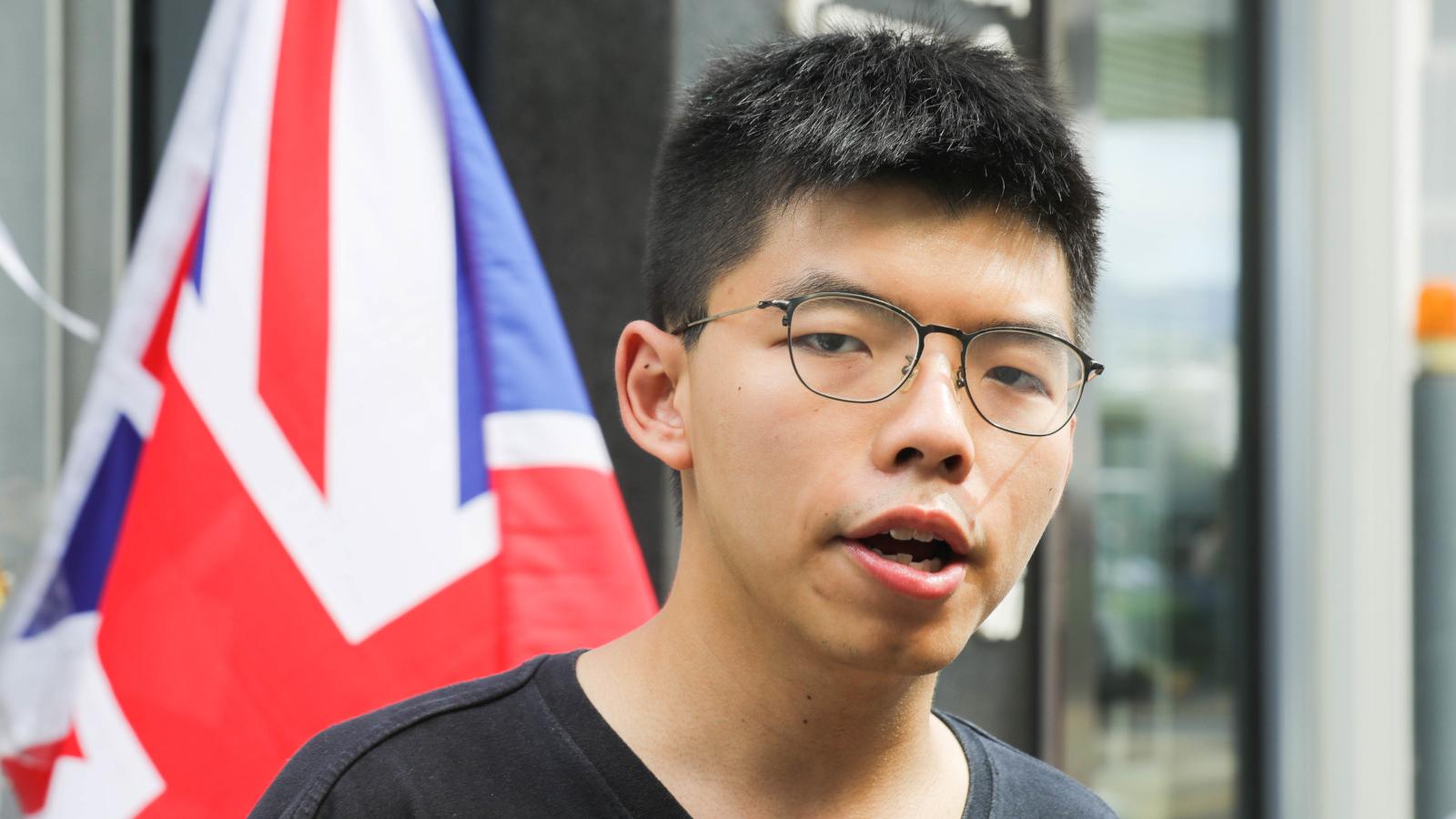 Almost miraculously, all these glorious individuals are doing and saying precisely what is expected from them in London, Paris and Washington. They never fail to impress the Western mass media and public; they hardly ever make any serious blunders. As if some invisible hand was writing the script.

There are hundreds of them, but the most prominent are known to the entire world. To name just a few: the Dalai Lama, Mother Teresa, Vaclav Havel, Pope John-Paul the Second, the Thai King Bhumibol… But the list goes on and on.

Virtually all the major “saints” manufactured by the Western regime, were Cold-War warriors. All were closely tied to Western imperialism and neo-colonialism. All would be easy to expose and to discredit, but ‘miraculously’ again; almost no one has ever dared to do so, because it would mean a direct clash with the chief propagandists in the West, as well as with their local lackeys.

They are not as successfully crafted as their predecessors. The “saints” from the bygone days were masterpieces of the propagandists. They were ideologically almost ‘bullet-proofed’.

The new ones are often cheap see-through replicas.

Two of the latest products are Joshua Wong of Hong Kong, and Juan Guaido of Venezuela. Both are young, egocentric, aggressive and absolutely unabashed. Both are trained by the Empire in the art of what is lately defined as ‘regime change’.

One is described in the West as a ‘pro-democracy leader’, the other one is a self-proclaimed president.

Both individuals are credible only if the public wants them to be. If it doesn’t, it is easy to find errors in their “logic” and agendas. It is actually easy to laugh at their programs and ‘programmers’.

Joshua Wong, a Hong Kong ‘pro-democracy leader’, is clearly a ‘selfie-generation’ Western implant, without any understanding of global politics, and without any profound philosophical agenda. An evangelical fanatic, educated in a private Christian school in Kowloon, he “developed organizational and speaking skills through involvement in church groups”. During his first ‘protest activities’ in 2014 (the Umbrella Movement), he was only 17 years old. But this young, confused kid was picked up quickly by the radar of the U.S. anti-Chinese warriors, and in 2018 nominated for the Nobel Peace Prize, for “peaceful efforts to bring political reform and protect the autonomy and the freedoms guaranteed to Hong Kong in the Sino-British joint declaration”.

Since then, he has been flying from one Western capital to another, smearing the People’s Republic of China, harvesting unconditional support, while promoting bizarre political concepts which, if implemented, would further damage the people of Hong Kong – a city which is already falling far behind Mainland China, under the leadership of the corrupt turbo-capitalist elites (who cannot be fought successfully, precisely because of the old British legislation, which is still applicable under the ‘One Country Two Systems’ arrangement).

Mr. Wong, a “Color Revolutionary” (although his old symbol was actually an umbrella), has been photographed together with the discredited “White Helmets” in September 2019, in the German capital of Berlin. The White Helmets gang, another Western implant (this one in Syria), has been implicated as being a bunch of mercenaries closely cooperating with Western-sponsored jihadi cadres operating in the Middle East. It is good to mention that the White Helmets were, at one point, also nominated for the Nobel Peace Prize.

On top of it, Joshua Wong has been photographed with officials of the US consulate in Hong Kong. That, just few weeks before the ‘protesters’ went on a rampage, after marching on the US diplomatic mission, demanding that the US “liberates” their city from China. Needless to say that by this action they, de facto committed treason.

No matter how much the Western mass media supports, even glorifies Joshua Wong and his black-mask-wearing hooligans-followers, the majority of the people of Hong Kong are clearly supporting Beijing, and are actually horrified by the rioters, who have been destroying public property, and are indiscriminately beating anyone who dares to show respect for the Mainland China and its flag.

Brainwashed and heavily conditioned, Mr. Wong, drunk on self-righteousness and near religious zeal, declared in Berlin:

If we are in a new Cold War, Hong Kong is a new Berlin.

Still in Germany, he then went on and insulted the Chinese President Xi Jinping, describing him as “not a president, but an emperor”, urging the “‘free world’ to stand with us to resist the Chinese autocratic regime”. All that, while China has been showing great restraint in dealing with the destructive and treasonous protesters; much greater restraint than France, or the West’s client state, Indonesia.

Juan Guaido of Venezuela became known to his fellow-citizens, only after he declared himself to be their president. He was not elected by anyone; he has no support of any substantial group of people, except an unidentified minority of the right-wing elites.

But he became the new “saint” of the West, at least among the high-level U.S. and European politicians who are determined to kick the socialist president Nicolas Maduro out, hoping to put on the throne some regressive, pro-business and treasonous dictator.

No matter how ridiculous, even idiotic, Guaido appears to the majority of Venezuelan people, no matter how monstrous and against all international laws the situation has become, the West (and the pro-Western elites in many Latin American countries) is pushing Guaido down the throats of the world. His boyish submissive laughter is haunting both Caracas and the provinces.

Who cares that he had been posing and taking photos with the leaders of Colombian drug cartels. Narcotic mafias in Latin America have always been used by the West, when the war against left-wing governments had been raging. Just remember Nicaragua and the Contras.

Who cares that Guaido just received a fresh 52 million dollars for the regime change, in addition to hundreds of millions of already approved funds. The latest funding came proudly from USAID, under the cover of “development assistance”.

As long as he hates socialism and internationalism, he is a Western hero and saint!

In the era of the internet, things are not easy, but far from impossible to track down.

“Saints” manufactured by the West can now be scrutinized with much greater precision and success than in the old days. If they are not, it is only because the Western public (and the public in the client states) does not want to get involved.

Those in Berlin, Paris or New York, who are supporting Joshua Wong or Juan Guaido, are not doing it out of ignorance. Maybe some do, but most of them definitely don’t. They do it out of racism against China, and out of spite towards the patriotic Latin American socialism. Full stop. Arguments will not convince them to change their mind.  They block what does not suit them. They do not want to know. They want the status quo.

They do not care about how China is progressing, how much it has been improving the lives of its citizens. They do not care that “democracy” means the rule of the people, and not some Western multi-party-political charade. They have no respect for different cultures.

Socialism Venezuelan-style, winning all over the continent, would not be in their interests.

And so, in a way and paradoxically, Joshua Wong is correct: Hong Kong is becoming the new cold-war Berlin. But not because of Beijing or Moscow, but because of treasonous cadres like himself.

“Saints” produced by the West, in all corners of the world, have been extremely damaging to their nations and humanity.

They still are, to this day.

But we will expose them, wherever they are.

Mr. Wong, you want your country to be attacked, and bombed by the United States. You want your own city to be ruled again by the United Kingdom. You take dictates from the foreign and hostile powers. You are pushing China and the West towards a conflict. You have blood on your hands and you should be stopped. I just saw your people in action! I documented your destructive deeds, visually and in writing.

Juan Guaido, you are selling your beautiful nation to the powers that have been colonizing and plundering it for decades and centuries. It is not just that you don’t have any shame left – you are betraying both your people and the South American continent!

I always found something dubious about sainthood.

But the new, fake saints, manufactured on order, are exceptionally appalling!