Japan Wades Into Russia’s Arctic LNG Despite US Displeasure 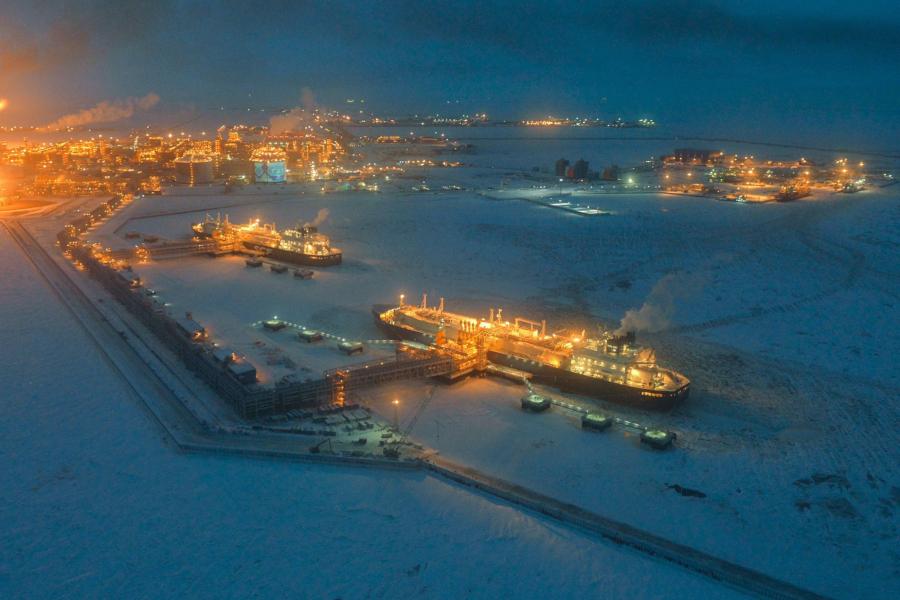 Echoing Abe’s words, Leonid Mikhelson, who is the chairman of Novatek and one of Russia’s most prominent businessmen, later confirmed that the company closed the sale of interests in Arctic LNG 2, after months of negotiations.

Energy has a preeminent importance in Japan-Russia economic relations and it stands as one of the most powerful diplomatic tools in the hands of Tokyo. For instance, according to the International Trade Center (ITC), raw energy materials amount to roughly 69 percent of Japan’s total imports from Russia. Thus, Abe’s cabinet considers energy a critical element for its efforts to reconfigure and enhance its partnership with Moscow, while striving for a negotiated solution to the territorial dispute and a “breakthrough in the stalled peace treaty negotiations.”

In the past, several Japanese governments made serious efforts to engage their Soviet/Russian counterparts aimed at resolving the sovereignty issue of the Northern Territories (called the Kuril Islands by Russia) and concluding a peace treaty. Current Prime Minister Abe has made resolving these issues fundamental goals for the country’s foreign policy agenda. According to him, doing so will help “carve out new horizons for Japan’s diplomacy,” as Tokyo needs “to undertake a total reassessment” of its postwar diplomacy, with “significant progress” settled to happen during this year.

To that end, energy — with other key sectors like transportation, agriculture, and technology — features in the Japan-Russia eight-point cooperation plan, unveiled during Abe’s unofficial meeting with Vladimir Putin in Sochi during 2016. The visit was interpreted by many as a daring decision, frustrating the G-7’s policy of isolating Russia after the seizure of Crimea in 2014.

Trade in hydrocarbons has always been pivotal in Japan-Russian relations. For example, the focus of the first Japan-Soviet Economic Cooperation Committee meeting in March 1966 was the construction of a pipeline from the Tyumen oil fields of western Siberia to the Pacific Ocean with Japanese financial support. The meeting followed Etsusaburo Shiina’s trip two months earlier, the first post-war visit by a Japanese foreign minister to Moscow, which confirmed Tokyo’s readiness to cooperate in the development of the Siberia resource base (and few years later Sakhalin), though the visit was also used by the Japanese to reaffirm the claims over the Northern Territories.

Mitsui, together with Mitsubishi, is also part of the international consortium operating the Sakhalin-2 plant. The project is one of the few Production Sharing Agreements (PSA) in the whole Russian Federation and originally represented one of the first and most important multilateral energy investments proposed immediately after the collapse of the Soviet Union. With the commencement of production in December 2008, Sakhalin-2 became the first pillar of Russia’s LNG energy exports toward East Asia and a fundamental step in the development of the Russian Far East resource base.

Likewise, the Arctic LNG 2 is essential for Russia’s regional development of Arctic fields and the government’s plan to raise LNG production to 73 million tonnes per annum (mtpa) as early as 2025 from the 12.86 mtpa recorded in 2018. Located onshore on the Gydan Peninsula, the project includes the construction of three LNG trains, with a design capacity of 6.6 million tonnes per annum of LNG each, for a total of 19.8 mpta, and at least 1.6 mtpa of stable gas condensate.

When construction is completed, Arctic LNG 2 is expected to produce more in terms of volume than any other asset owned by Novatek. The project is based on the hydrocarbon resources of the Utrenneye field, 1.978 billion cubic meters (bcm) of natural gas and 105 million tonnes of liquids (under the Russian reserve classification). Thanks to an LNG export license, the project will be the cornerstone of the new Novatek trade potential toward the European and the Asian markets. The first LNG train is scheduled to be launched in 2023, the third and last one by 2025, with a total investment of $20 to 21 billion.

LNG is indispensable for Japan’s energy security as the country is almost completely dependent on foreign raw materials. Tokyo is the world’s leading importer of LNG and in 2018 its market continued to pay a premium over global competitors. JOGMEC asserts that as a world-class LNG project, Arctic LNG 2 exports to the Asian market will “largely contribute to stable LNG supply to Japan with wider diversification of import sources.” However, after peaking in 2014, the national consumption of natural gas has been decreasing at constant rates. The main reason is the restart of some of the nuclear reactors that were shut down in the aftermath of the Fukushima accident in 2011. Due to the increase in nuclear power production, the EIA predicts that in 2019 Tokyo will likely reduce imports of LNG in the electric power sector by as much as 10 percent.

Currently, LNG volumes from Australia, Malaysia, and Qatar amount to around 60 percent of Japanese imports. Thus, the participation in the Arctic LNG-2 project will boost Japan’s energy diversification away from traditional sources. Nonetheless, considering Japan’s decreasing needs for LNG and the nuclear power “renaissance,” which is also helping Tokyo lower greenhouse gas emissions and meet the Paris Agreement commitments, Japan’s direct involvement in the Arctic LNG-2 project is arguably more the result of a political entente between countries’ leadership.

Therefore, Japanese engagement in the Novatek project shows the substantial independence of Abe’s Russia agenda. Eluding the vigorous U.S. sanctions and the European Union’s mild opposition to the involvement of international energy companies in Russian Arctic development and exploitation, the Kanstei aims at achieving its political goals using economy and energy projects once again. Yet today Tokyo is not the first choice when it comes to Moscow’s ambition to develop its peripheral resources. China National Petroleum Corporation (CNPC) and China National Offshore Oil Corporation (CNOOC) each acquired 10 percent shares of Arctic LNG 2, providing more proof of the successful joint implementation of the Yamal LNG project, where China’s financial support and technical equipment have been significant, if not decisive. Meanwhile Japan’s commitment to Yamal LNG has been limited to financial support and the construction of a modular plant. The first cargo of LNG from the Russian Arctic shipped to the Japanese market only last June.

What is more, Japan’s joining Arctic LNG 2 will also see an unprecedented level of cooperation between Japanese and Chinese energy companies in one of the most important Russian energy projects of the next decade. While Japan participation in Arctic LNG 2 is a fundamental step in developing Abe’s agenda to economically and diplomatically engage Russia, it is also consistent with Abe willingness to switch from competition to collaboration and “lift Japan-China relations to a new era” where Tokyo and Beijing are “neighbors and partners.” Japan and China, together with Seoul, hold a “Trilateral High-Level Dialogue on the Arctic,” which serves as a diplomatic platform to strengthen cooperation over Arctic issues, particularly in the fields of science, research, and business, which are considered the most promising areas for joint activities in a “changing Arctic.”

Still, it is too early to tell if Japanese direct access to Russian Arctic energy projects will be instrumental to Abe’s agenda and Tokyo’s political leverage, considering that there are no tangible signs yet of Moscow shifting position over the sovereignty issue. Just last week, the announcement that Russian Prime Minister Dmitry Medvedev would visit the Far Eastern region and the possibility of a trip to one of the Kuril Islands (Northern Territories) sparked protests from Japanese Foreign Minister Taro Kono. Last March, the Japanese Foreign Ministry similarly objected to drills by the Russian Eastern Military District divisions on the Kuril Islands, calling them “inadmissible.”

Overall, Tokyo’s financial commitment and Japanese companies’ involvement into the Arctic LNG 2 project is contributing to advance one of the largest expansions of energy infrastructure in the Russian Arctic and thus promoting the Kremlin’s LNG strategy.

Nevertheless, Russia collaboration with China is much more advanced on many different aspects than joint efforts with Japan, and the Abe cabinet does not seem to have either the capability or the willingness to drive a realistic wedge between Moscow and Beijing.

Therefore, the risk is that on one hand Abe’s agenda vis-à-vis Russia will have little impact on the current diplomatic standoffs, frustrating further economic cooperation between the two countries, especially if concrete political developments are not achieved in short time.

On the other hand, Tokyo’s investment will inevitably reinforce the international credibility of Moscow’s gravitational Arctic pull and Novatek’s LNG strategy, decreasing the incentives for other Asian NOCs to align with Western sanctions against Russian energy projects.