Japan in No Hurry to Get Vaccinated. Just 1% Injected So Far

Instead of going berserk with vaccinations, Tokyo has instead ordered additional trials (albeit these will tell little) 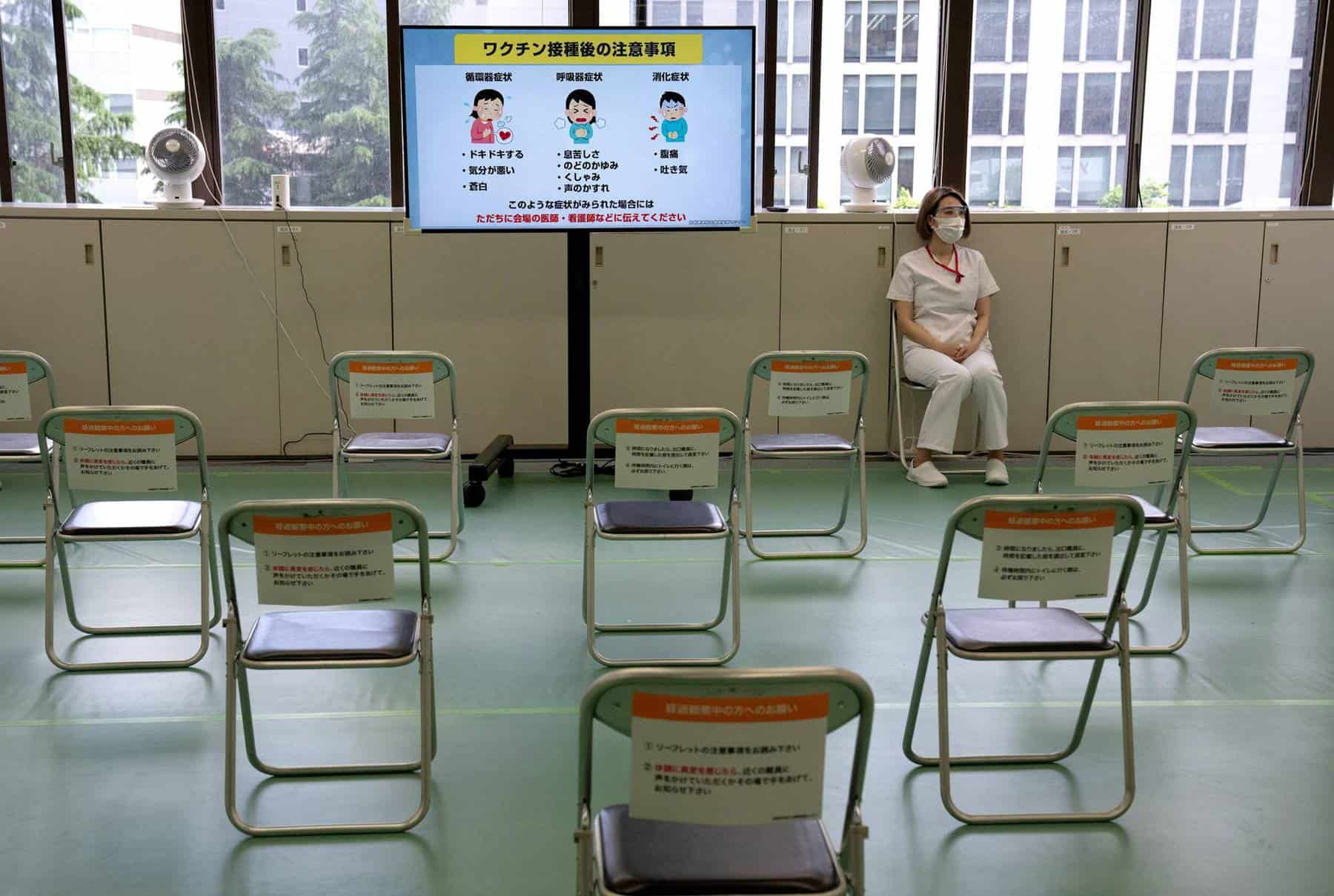 Two months before the scheduled start of the Olympic Games in Tokyo, COVID-19 cases are rising steeply in Japan while immunization is moving at a glacial pace. Only 1% of the population is fully vaccinated, a much lower fraction than in the United States, Europe, India, and China. That has led some to ask whether the Olympics should proceed, and others to urge an overhaul of the cumbersome immunization campaign and a rethink of Japan’s regulatory approach—which so far has authorized only one vaccine, produced by Pfizer and BioNTech.

Japan has weathered the pandemic well compared with many other countries, with 640,000 cases and 10,900 deaths since early 2020. But some say that has made the government overly confident. A succession of lenient lockdowns has been imposed on different regions at different times, but most were lifted prematurely, scientists say, as soon as new infections trended downward. In July 2020, the government launched a campaign to boost domestic tourism that, according to two studies, resulted in a spike in cases among leisure travelers and hospitality workers. On 7 May, the government announced that a state of emergency affecting Tokyo, Osaka, and several other prefectures, set to lift on 11 May, will be extended to the end of the month.

Japan’s approach to vaccination has been muddled as well. The country requires so-called bridging studies for drugs or vaccines that have shown their efficacy elsewhere, intended to confirm their safety in the Japanese population. Other countries have similar requirements, and they can be useful to address dosing questions, for example, says Masahiro Kami, a physician and executive director of the Tokyo-based Medical Governance Research Institute. The average U.S. man weighs roughly twice as much as the average Japanese woman, Kami notes.

But the studies done in Japan were so limited—just 160 subjects in the Pfizer trial and 200 in an ongoing study of the Moderna vaccine, run by Japanese pharmaceutical company Takeda—that “professionals are aware that doing them makes no sense at all,” Kami says.[Sounds like ass-covering that’s neither here nor there.] And they caused significant delays: The Pfizer vaccine was authorized in mid-February, 2 months later than in the United States. The Moderna and AstraZeneca vaccines may receive the green light on 20 May, according to NHK, Japan’s public broadcaster.

Many European countries accepted the results of international COVID-19 vaccine trials without requiring bridging studies, and in April, India waived its requirement. In a 28 April open letter, Shinya Yamanaka, a 2012 Nobel laureate in Physiology or Medicine, and Yoshitake Yokokura, former president of the Japan Medical Association, joined some 50 business and civic leaders in calling on the government to do the same. The rules allow Japan to forgo bridging studies in emergencies, Kami says. But the ministry of health, mindful of past troubles with vaccine side effects, decided “to follow the rules as usual, even though it was an emergency,” Kami says.

The delay was compounded by logistical problems. Only Japanese doctors and nurses can give inoculations, and not enough are available for a large-scale vaccination campaign. The national government is footing the bill to vaccinate the entire population but it has made villages, towns, and city wards responsible for contacting residents, arranging appointments, and delivering the shots. As a result, the country has only used 4.4 million of the roughly 17 million vaccine doses it has imported. The open letter from scientists and business leaders suggests dentists, pharmacists, paramedics, and medical students be allowed to give the vaccines and that the government set up large-scale vaccination sites. The government now plans to open one mass vaccination venue in Tokyo by 24 May and another in Osaka at later date. Allowing more people to give inoculations will require revising a national law, though the health ministry is studying whether dentists can currently be deemed qualified.

As for the Olympics, the government says the games will go ahead as planned, but with safety precautions. In March, officials decided to exclude overseas spectators from attending events; a decision on whether to allow domestic spectators has been delayed until June. Athletes and national delegations will face restrictions on their movements in and around Tokyo. But most are likely to have been vaccinated by the time they arrive in Japan, partly because of donations of COVID-19 vaccine doses by Pfizer and BioNTech. As yet, there are no plans to vaccinate the 75,000 or so local volunteers who will help the games run smoothly.

The uncertainties have led many to question whether the Olympics should be held at all. “It is time to have serious debate [on whether to stage the games] while taking account of the levels of infection and the burden borne by the health care system,” Shigeru Omi, chair of a governmental COVID-19 advisory panel, said before a parliamentary session on 28 April.

Polls indicate that a solid majority of the Japanese want the Olympics canceled. Yomiuri Shimbun, Japan’s largest circulation daily newspaper, reported on 11 May that 59% of respondents to its latest survey favored scrapping the games; 23% said the event should go ahead but without spectators. An online petition titled “Cancel the Tokyo Olympics to protect our lives,” launched on 5 May, garnered more than 300,000 signatures in just 4 days. Nine prefectures have canceled or scaled back Olympic torch relay runs to avoid attracting crowds. In Osaka, torch bearers ran laps in an empty park instead of on public roads, as originally planned. That lonely race may be a preview of what’s in store for the Tokyo Olympics.