"The New Jerusalem, in which we allow the state to boss us around even more, in the name of our own good, is now coming into being" 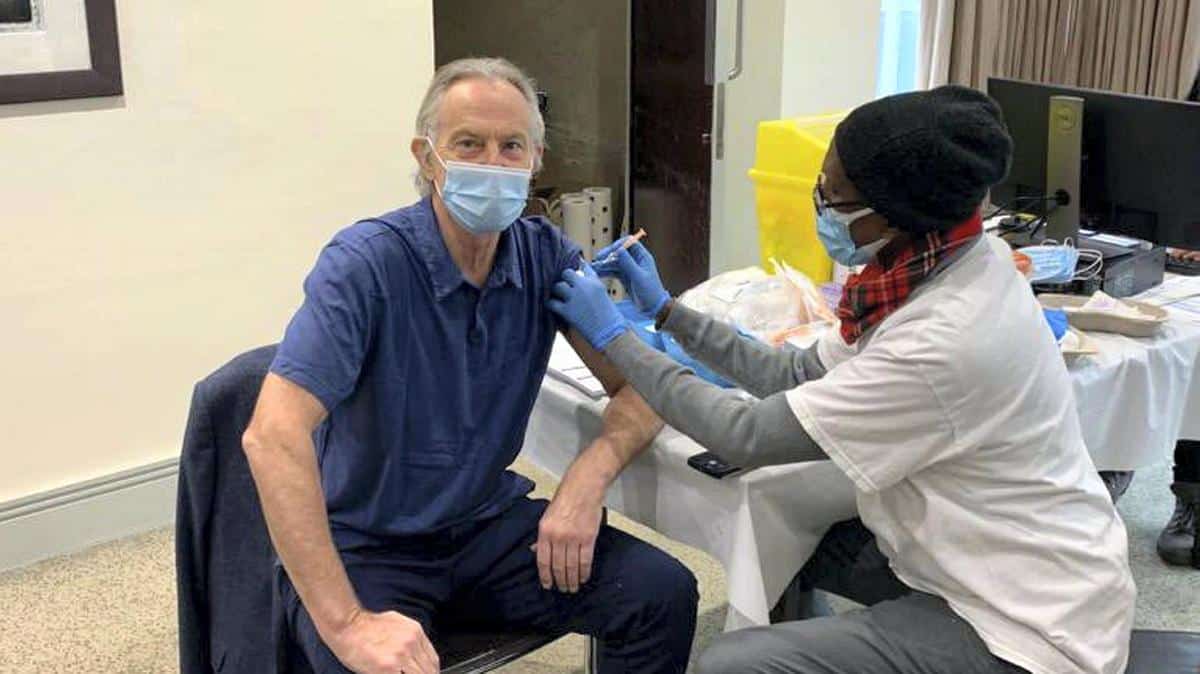 So sorry, Your Majesty, but I have had my first Covid vaccination for wholly selfish reasons. I did not do it for the good of others but for my own convenience. And I will have my second for the same purpose.

A very important part of my family now lives abroad and I am deeply tired of not being able to see them. I get the strong sense that any sort of travel, and plenty of other things, will be impossible if I don’t have the necessary vaccine certificate.

I hope it becomes known as the Blair Passport – as it is largely the warmongering Creature’s idea and people will come to hate it, as they have come to hate so many of his actions.

So I have been more or less forced to have an immunisation I would not normally have bothered with.

Don’t, if you are wise, dare call me an ‘anti-vaxxer’. I have, in a long life, been injected against tetanus, smallpox, TB, polio, diphtheria and yellow fever. I’m a fiend for preventive medicine and the precautions I take when I’m in malarial areas are so elaborate my companions laugh at them – from swallowing horrible protective medicines to blasting my hotel room with ultra-strength death sprays to exterminate any possible mosquitoes. These are all terrible diseases and I think it’s wise to do this.

Of course my selfish injection didn’t hurt. I’m a blood donor (so also please don’t call me selfish), used to far bigger needles in my arm, for a lot longer. But I did feel a pang of regret and loss. For me, the vaccination was a gloomy submission to a new world of excessive safety and regulation. I’d tried to fight against it but I lost.

The New Jerusalem, in which we allow the state to boss us around even more, in the name of our own good, is now coming into being.

And so we are just going to be under surveillance a lot more, recorded a lot more and bossed about a lot more. I’m reminded of the great Edwardian satirist Saki’s bitter 1913 novel When William Came about an imaginary German invasion of Britain.

Its hero returns to a transformed homeland from a long expedition to Tsarist Siberia (during which a fierce marsh fever has laid him low and left him in a coma for weeks).

When he finally reaches his London home, his wife apologises that she has to fill in a long police form to report his presence, explaining that it is ‘a stupid form to be filled up when any one arrives, to say where they come from, and their business and nationality and religion, and all that sort of thing. We’re rather more bureaucratic than we used to be, you know’.

Well, and so are we, and it will now get worse, because we have been through a revolution, in which we gave up real freedom for the illusion of safety. For me, almost all I need to know about it is that Mr Blair likes it so much.