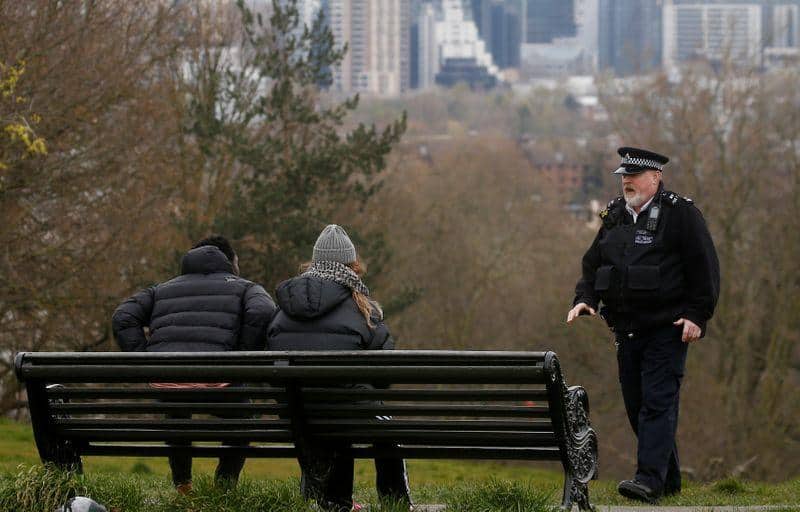 I’m not sure how to break this to those clever chaps in the bunker at No 10, but allowing us to have a walk or even a coffee on a bench “with one person outside your household” from March 8 will not strike many as a hugely exciting relaxation of this interminable lockdown.

A quick shufty in any park, wood or country lane over the weekend would have revealed that millions of Britons had already weighed up the risk of breaching the guidelines and decided that, on balance, they’d rather have an illicit dog walk with “one person outside your household” (which used to be called “a friend”) than go mad.

Greater minds than ours will know why drinking on a park bench is less risky than drinking on a bench in a pub garden (not open until April 12 “at the earliest”). If mathematicians and their models wish to deny a stricken hospitality industry the life-saving chance of a brisk trade at Easter then who are we to argue? (I mean, what are a few thousand more lost jobs when we are facing the worst unemployment crisis since the early Eighties, eh?) Nor is it for us non-scientists to question why golf and tennis will suddenly become less lethal in five weeks’ time in England when both dangerous pursuits are currently permitted in Scotland.

As for Matt Hancock saying that hugging loved ones is “allowed from mid-May at the earliest”, I hope that one day, in the not too distant future, we will look back at the official timetabling of human affection with the outraged contempt it deserves.

I’m sure the Prime Minister meant well when he unveiled his four-step roadmap to England’s exit from lockown, but giving us permission to sit on a bench with a friend, when so many are doing that already, felt like being regifted a drab purse you palmed off on a difficult aunt.

Outlining a schedule of snail-like pace until June 21, with five weeks between released activities to check that it’s safe to proceed, the PM told the Commons that he detected “a crocus of hope”.

A crocus? The Boris of old would have spied a host of golden daffodils and given us a blast of the full Wordsworthian rapture. But I fear the poor man has been nobbled by his scientific minders, Professors Doom and Gloom. With a third of British adults already vaccinated, Covid cases plummeting and hospital admissions down a staggering 75 per cent in just over a month, the PM should be in a tearing hurry to restore the freedoms which we have been denied for so long. Let’s put it another way: if we are the first European country to vaccinate our people, surely we can’t be one of the last to liberate them?

I’m afraid it’s looking that way. On Monday, when Mark Harper, Conservative head of the Covid Recovery Group, asked why there was any need for restrictions to continue beyond April, the PM replied: “There will be a significant minority which has not taken up the vaccine and a large minority who will not have sufficient protection. If you let the brakes off, you could let the disease rip through these groups. It’s pure mathematics.”

Translation: “Personally, I was all for a major easing of this wretched lockdown before Easter, but I had my mind changed for me when those algorithm Johnnies on Sage said it could lead to an extra 55,000 deaths.”

We have been here before, haven’t we? Dire predictions from the modellers at Imperial College who come up with worst-case scenarios which, according to Oxford University’s Blavatnik School of Government, have led to the UK having the third strictest lockdown in the world. On what possible basis can those modellers now predict thousands of deaths a day in summer, when Covid fatalities dwindled to almost nothing during that same period last year and we didn’t even have a vaccine? It’s absurd. 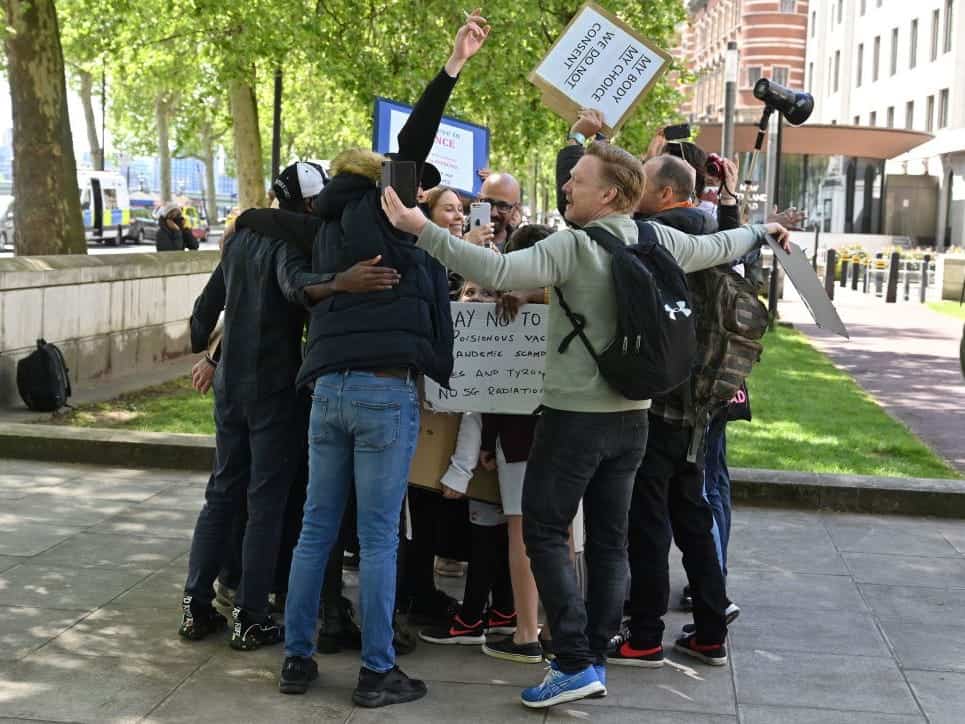 Do these latest alarmist figures, used to scare the bejesus out of ministers, make allowances for warmer weather (we will soon be at the end of the respiratory-virus season), growing herd immunity in the population, a much-improved ability to treat Covid in hospital, promising therapeutic drugs and a truly astonishing vaccination programme? Don’t be silly, Marjorie. That would require common sense. These are scientists.

You know, I’m not even sure I trust the Zero-Covid fanatics to give the Prime Minister the correct figures. It is 338 days since he asked us to stay at home to save lives and support the NHS. How willingly and with what good heart we did so. Back in March, the threat of hospitals being overwhelmed was very real. That is far from the case today. Hugh Pym, the BBC’s pallbearer-in-chief, reported on Monday night that pressure on hospitals had eased “a bit”.

You could say that. The number of general beds in England occupied by Covid patients is 13,219, down from 31,459 at the peak on January 18. Some 2,398 ICU beds are currently occupied, down from 4,030 at the peak on January 25. If that downward trend continues at the same pace – bolstered by two vaccines, both now proven to be remarkably effective after just one dose – then, potentially, hospitals could be almost free of Covid within three weeks. Job done, you might say.

Covid cases are plummeting globally – down 50 per cent since January. But while other countries throw open their economies, grasping the advantage that should be ours, is Britain content to plod along like some blinkered cart horse?

I sympathise with the Prime Minister. Boris says he wants to “strike a careful balance”, but I believe he runs the grave risk of holding the other side of the scales too lightly. The side that contains grandparents who haven’t seen family for almost a year, the hair salons and the cafes with just about enough money for another month without customers, the carers of disabled children whose nerves are threads, the screen-bound young whose spirits and job prospects plunge by the day. Is there an algorithm for despair?

“It’s pure mathematics,” the Prime Minister said. Sorry, no, it really isn’t. It’s psychology and it’s sociology and, above all, it’s humanity and what it desperately craves. The time for allowing mathematicians and their models to dictate our fate must end. There are more things in heaven and heaven and earth than are dreamt of in their narrow philosophy.

We did everything they asked of us, and more. We are exhausted, we’re depressed, our hair is terrible and we’re really worried about our children. Once we are vaccinated, all of the vulnerable are vaccinated and the virus is as much of a threat as any other, well, that will be enough.

We will hug (yes, even before mid-May at the earliest) whom we damn well please.