Last week the pro-Israel thinktank WINEP gave a webinar of foreign policy experts on the Israeli annexation plans, and here are four takeaways:

1. A bloc inside the Trump administration and a parallel bloc in the Israeli government are fighting annexation in part because it would have dire consequences for Israel’s standing in the world and US support for Israel.

2. Annexation all depends on Trump. One tweet and annexation would go away for Netanyahu, says David Makovsky. Trump may well defer annexation till after the election because it’s such a loaded topic. Then even if he loses he can push annexation in the “twilight zone” after November.

3. Benjamin Netanyahu’s thinking on annexation is “unfortunately…. not very real,” says Dennis Ross, the former White House negotiator. Netanyahu thinks he can play Joe Biden to go along with the annexation but he won’t be able to.

4. Ross explains how Netanyahu could proceed with annexation in a way that will minimize the international repercussions: annexing two settlement areas near Jerusalem, “giving” the Palestinians some of their land back in return, and doing a diplomatic initiative, to say, We’re all for a two-state solution.

Let me go through these points, though noting that even WINEP, which was spun off by the Israel lobby group AIPAC, is against annexation because of the threat to bipartisan support in the U.S. and how annexation would feed the boycott campaign. The Israel lobby really doesn’t like annexation, though the big organizations are scared to say so.

1. Political opposition. Only US Ambassador David Friedman is wild to do annexation, and David Makovsky of WINEP says that Trump opponents are working in tandem with Netanyahu’s centrist governing partners, the Blue and White leaders Benny Gantz and Gabi Ashkenazi.

Basically where Blue and White has been helped is by the division within the Trump administration. You have different schools there. You have an ideological school of course championed by David Friedman the U.S. ambassador to Israel, you have kind of a strategic school articulated by Mike Pompeo the secretary of state who is telling diplomats the regional downside to this very quietly but his public stance is this is an Israeli decision. Then you have Jared Kushner who seems to be looking at it through a political lens.

The net effect of these differing schools is so far a convergence on the idea that there has to be an Israeli consensus and only then will we deal with [annexation plans]. We’re not dealing with them until there is that consensus.

So that has actually empowered the Gantz Ashkenazi wing, because they have always been told in the media that they don’t count, that Bibi has enough votes without them…. But what we are seeing is that Bibi cannot really pass this in the Knesset, the full Trump plan, because there are not enough votes in the Likud to [support] the Palestinian state part of it. So he’s going to avoid a vote completely.

2. Makovsky says Netanyahu will only push annexation with Trump’s backing and Trump may take a pass.

Netanyahu has put all his eggs in the Trump basket…. What if his [Trump’s] people say, You dont really gain that much here politically here in the United States?… It would be easy for him to say, I’ll deal with this later, vote for me for a second term. Then he’s always got that Twilight Zone after the election between November election and the inauguration if he loses too.

So there are options here and… [Netanyahu] doesn’t want any daylight between himself and the Trump administration. Faced with listening to what the settlers want… versus veering from Trump– if Trump says I don’t want to deal with this now– it’s over for now, it’s deferred…

3. Dennis Ross says that Netanyahu is deluded about the costs of annexation, internationally. Knowing Joe Biden’s love of Israel, and indeed of Netanyahu, Netanyahu is thinking, Annexation will be done well before Biden becomes president, and “I will be able to manage things with him.” That’s not true.

My own view is that [Netanyahu’s] view of the gains unfortunately is not very real. You only establish an international baseline if in fact everyone is prepared to adjust to it. Now maybe if Trump has a second term, there is more of an impulse to adjust to it. But if Trump doesn’t have a second term, no one else internationally of any meaning is going to recognize this new baseline. And if Joe Biden comes in and says, ‘I was opposed to it, I still believe in the two-state outcome, I want negotiations, I saw what Trump did was antithetical to achieving that, so we’re not recognizing that as a baseline….’

Individual European states are very likely to recognize a Palestinian state in response to annexation, and they’ll recognize it on the basis of the 1967 borders. Rather than creating a new baseline, you will be cementing the old baseline, and in some senses that old baseline is worse than what has been created over the last number of years

“Annexation will deepen the divisions within the Democratic Party, it will play to the strengths of those in the left wing of the party who already have a narrative that looks at Israel increasingly as the victimizer, annexation will feed the delegitimization movement. Israel has had a position in the West Bank that even though it is criticized because of the setlement activity generally is seen as being legitimate because it’s seen as Israel being there pending negotiations…”

Once Israel annexes, it loses that legitimacy and “it will foster a significant advance of the delegitimization movement.”

4. Ross told how annexation could be done.

“Let’s assume that [Netanyahu] remains determined to go ahead with annexation” and Gantz and Ashkenazi go along so the Israeli government doesn’t fall.

Well, then Israel would announce the annexation of areas on which there is a broad consensus within Israel that they should be part of Israel: Ma’ale Adumim, a city east of Jerusalem, and Gush Etzion, a bloc of settlements along the green line south of Jerusalem.

“If they were looking for ways to try to minimize the consequences with everyone, they could do the following. They could announce a minimalist approach along the lines I said, and they could say in every peace proposal that has been made up till now… these areas that we have identified were going to be part of Israel… We are not walking away from diplomacy, we are not walking away from negotiations. We want negotiations. We are doing this in a way that is fully consistent with a two-state outcome, we are committed to such an outcome. It’s true that Netanyahu isn’t saying these kinds of things, but if you are looking to a way to reduce the costs and the consequences and the costs associated with annexation, something like this would have to be said….

“If you frame a minimalist approach, the potential to reduce the costs is there.”

Ross goes on to name other things Israel should do. Say that just as the Golan annexation was reversible in the eyes of Israeli leaders, so is this annexation potentially reversible. And also take a chunk of occupied Area C lands under Israeli control and transfer it to occupied Area B, where the Palestinian Authority has some administrative responsibility. “Yes we’re taking one thing but we’re also providing to the Palestinians,” Israel could say.

Ross said even this annexation would affect the international legitimacy argument. Israel would be violating the terms of the Oslo Accords that borders are subject to negotiation. “That still creates a problem. That doesn’t go away.”

I don’t often say this about articles on this great site but.. “Israeli Lobby Dreads..” ??

They dread nothing. We dread them.

I believe there r many 51st states that the USA have colonized—Costa Rica, Puerto Rico, Virgin Islands, Guam, Denmark, Colombia–Israeli obviously: they receive more US military aid than all nations

They are just arguing whether it is politically safe to steal more land now, or wait and steal that land later. Obviously those in charge right now want the glory, and Israel has been told no exactly 0 times for one hundred years, so it’s unlikely they are going to feel like stopping.

What say you Ben? 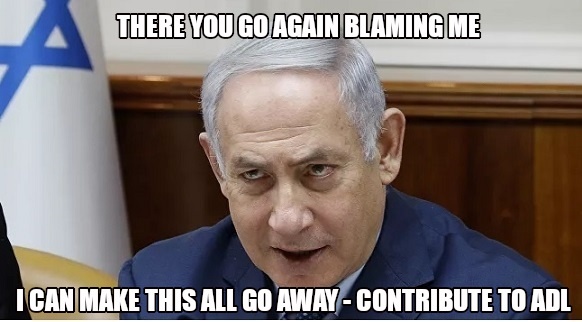 Do not FEAR herd of moron voters! 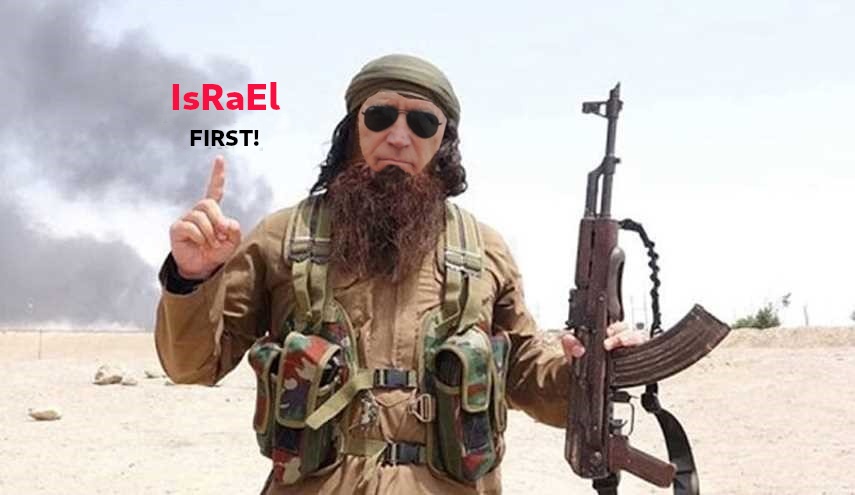 Just like mutTrump, and ALL the previous jesters they must OBEY the orders of the SRF & Billionaires, or else just face JFK termination!

We are coming to see more and more the confusion and mess loud and
clear. The USA is a main part of it but are nearly always sneakily in
the background.Why is that?

They have an awesome PROPAGANDA MACHINE!

Nothing was said about the fact that Syria wants their historic part of the Golan Heights back, and Russia thinks that is appropriate.

Kim at least doesn’t pretend he cares for you or ...
Recent Comments

Australia’s Billion-Dollar Wine Industry Devastated…
7 May 21 by Oilman
Isn’t it interesting to watch all the countries that listen ...

The Four Pillars of the…
7 May 21 by ken
David Koresh was the leader of a religious cult, the ...

Australia’s Billion-Dollar Wine Industry Devastated…
7 May 21 by ken
“it was the result of months of worsening diplomatic frictions between China and ...