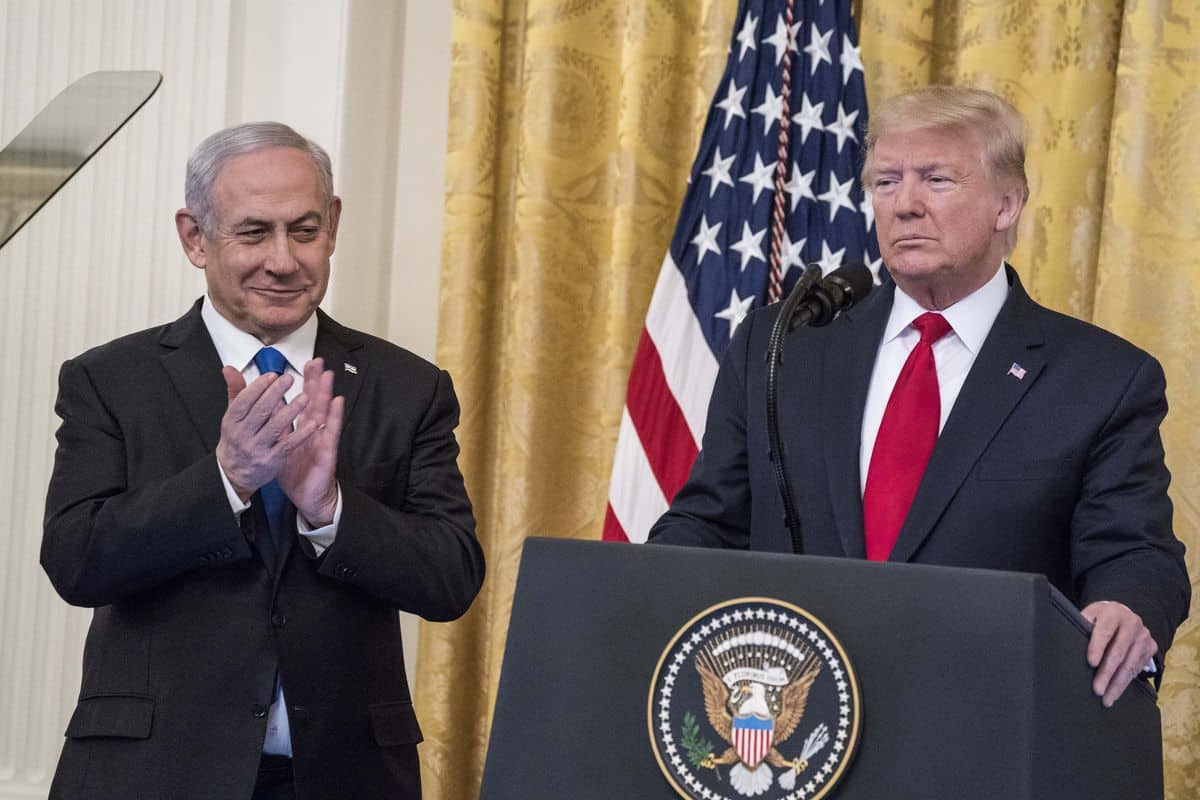 President Trump’s Israel peace plan is considered by most to be dead on arrival, but the Israeli government is looking to make part of it, the part where they get to keep a good chunk of the occupied West Bank, an immediate reality.

On Sunday, Netanyahu is planning to move ahead with the outright Israeli annexation of 30% of the occupied West Bank, including all Israeli settlements as well as the Jordan Valley, in a bid to ensure that the Palestinians, even if they get a state, will never have a proper border with anyone.

Netanyahu was already advocating exactly these annexations for a while, arguing that since President Trump had endorsed the annexation of Golan from Syria, it would be safe to annex parts of Palestine and expect similar US approval.

Certainly nothing Trump said in unveiling the plan would’ve changed Netanyahu’s mind, and indeed Trump said he would recognize Israeli sovereignty over all this newly claimed land as part of the peace deal.

US Ambassador David Friedman endorsed the idea immediately, telling reporters after Trump’s speech that Israel “does not have to wait at all” on the plan and is free to annex those areas at any time with US blessing.