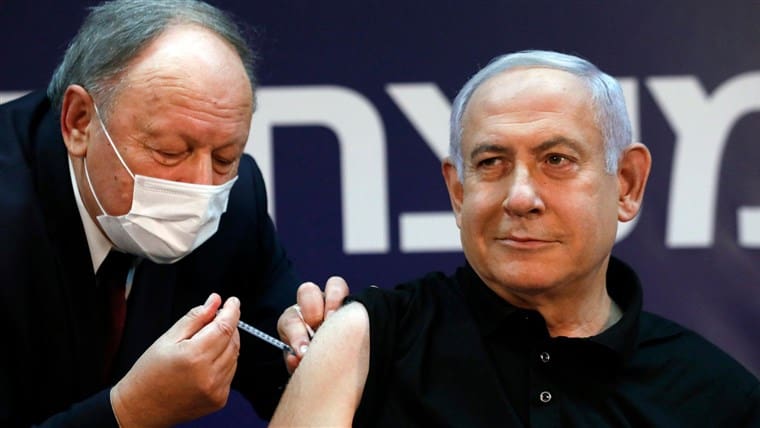 We’ve probably all heard about it – Israel is a global leader in vaccination rates. It has by now vaccinated about half of its population with a first dose, and most of them a second time. These numbers do not, alas, include the occupied Palestinian population – an issue of grave importance.

Yesterday, Israel has issued regulations on opening up society, largely on the basis of a “green passport”, thinly veiled as a “green mark”. This is a system by which those who have been inoculated as well as those who are ‘recovered’ (have been Covid positive but are now negative) may enter hotels, swimming pools, gyms, shops, synagogues, concert and theater halls etc. Those without the green passport can’t enter. This is a huge ethical issue. Ostensibly, businesses may not coerce their workers to be inoculated, but one hears of businesses that already apply such threats. This creates a situation where a fitness center (covered in Ynet broadcast) has clients who have the passport, but the staff may be without. The gym owner says that most of his staff are vaccinated.

On the face of it, and from the responses I got and read from many Israelis I have seen and spoken with, there’s the sense about this policy of, “Great, what’s not to like”. After all, much of the population is vaccinated. So why wait and why not be safe.

But this limited reality needs to be extrapolated to a global situation. In our very unequal world, the rich minority of the world population (about 14%), has hoarded and reserved unto itself most of the available and potentially available vaccine, while many poorer countries, the vast majority of the world population, will see very few vaccines this year, and some poor countries may not see any for two years or more. If the “green passport” principle is also extended unto travel etc., these populations will be punished in multiple ways. The privileged white world has plundered their resources over centuries of colonialism. Now it is largely denying them vaccine. Then not having vaccines will also prevent their freedom of movement.

Israel’s situation regarding vaccines vis-a-vis the occupied Palestinians is a microcosm of this global paradigm, being that Israel is a settler-colonial state, and it is an Apartheid state (as its respected NGO B’Tselem unequivocally stated a few weeks ago).

Until now, when we have spoken of ‘herd immunity’, the principle has been that most get inoculated, while some don’t. But the overall immunity reduces the spread. Here we are speaking of something else. Here, we are speaking of a population that is largely vaccinated, yet writes that privilege in as a kind of passport requirement. Those who argue for it, are saying it’s not a punishment, it’s just a bonus, which will encourage those who are otherwise not very motivated, to speed up and get vaccinated. But Israel seems to be moving rather fast anyway, at a pace of about 150,000 doses per day – so why the push?

Ostensibly, this is for everyone’s good – more will be vaccinated. But actually, it’s not. In the bigger global picture, most will not be vaccinated soon. And even in the micro picture, in Israel, putting aside the occupied Palestinians for the moment, many will not be vaccinated. The vaccination age is 16, but about 30% of Israel’s population is under it. And about 10%-30% of children in Israel are suffering from the aftermath of Covid, although a relatively small percentage die from it. It is clear that the Israeli model is one of impatience. And we can hardly chide anyone for being impatient in these times, right?

The Israeli model has succeeded due to procurement of vast amounts of doses through over-pricing and special internal deals, actions that affect the world distribution negatively. The proponents of the Israeli ‘trial’ say that it will be for everyone’s good, because it will give data in real time, it will be a test case – after all, that’s one of the reasons why Pfizer cut a special deal with Israel. But while that may be good for Pfizer’s PR, and not least for Benjamin Netanyahu’s PR in time for the elections a month from now, this is not necessarily of great value for everyone else.

We already knew that the vaccines are useful. What we need is not one tiny society getting vaccinated and going out to gyms, what we need is a mass distribution of vaccines globally. The main element that hinders this is the maintaining of strict intellectual property rights by corporations, as Oxfam has recently noted. The G7 countries can pat themselves on the back and show “charity” with their pledges to give out leftovers at some point, but the real game changer would be the relaxation of the intellectual property rights to allow mass production which would speed up the vaccination rate globally.

But that would be another world. We live in a much more selfish and cynical world. In this world, it appears likely that the Israeli model, which is largely built upon the principle of white colonial privilege, may serve as an inspiration to many others, thinking that it is a fast-track to normality. This would only cement another step in the incremental process of inequality, in a world already torn by it.