Isolated, Fearful and Unfree — Australia May Never Be the Same Again 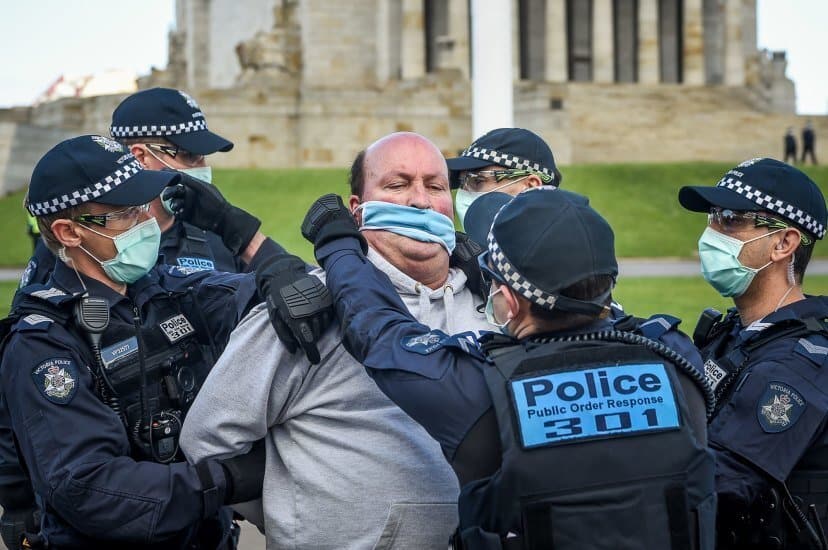 Britain is returning to normal. Restrictions remain but friends are reunited. Pubs are open and the cultural institutions that make Britain Britain are open to the public again. Thanks to an impressive vaccination rollout, the British people know they are on the other side of the nightmare of life under Covid, and that the restrictions imposed in its name will soon be behind them.

This is not true in Australia. We may live with minimal restrictions, but we are nowhere near returning life to normal.

The two most important stories in Australia right now are the painfully slow vaccine rollout and the closed international borders. And both problems are far from being solved.

In terms of vaccine doses, 14 have been handed out per 100 Australians. Australia’s vaccination rate currently trails that of Jordan and Colombia, according to the website Our World In Data. A Melbourne nurse recently told the media that over the course of an eight-hour shift at a mass-vaccination hub, she vaccinated one person. World Health Organisation adviser Mary-Louise McLaws warns that it would likely take a couple of years to complete Australia’s vaccine rollout.

Our international borders remain closed – even to Australian citizens. Thousands have been stranded overseas for over a year. The cruelty of this policy was on full display during the recent Covid spike in India, during which the Australian government decided not to fulfill its primary function – to protect its own citizens – and instead told Australians in India that if they attempted to return home they could be imprisoned for up to three years.

Yet no alarm bells are ringing in the government about any of these issues. In a recent interview with the Daily Telegraph, one of Australia’s most widely read newspapers, prime minister Scott Morrison proclaimed that there would be no imminent changes to our international border policy because there was no ‘appetite’ in the community for change. He subsequently posted on Facebook that international borders would only open when it is ‘safe to do so’. What conditions are needed for Morrison to deem it ‘safe’ are a mystery.

In an interview with Australia’s Sky News this weekend, Morrison decided to downplay the protection offered by vaccinations, saying ‘we’ve seen the [Covid] variants and we’ve seen the uncertainties only increase’, and therefore ‘it’s not safe to move to that next phase’ of opening up. This must be news to the New England Journal of Medicine, which published a study this month that found that the Pfizer vaccine works against all existing Covid variants.

If overseeing a vaccination rollout that trails behind that of Mauritius and becoming the first government in the history of Australia to ban its own citizens returning to the country is not enough to cause an ‘appetite’ for change, then life is a long way from returning to normal in Australia.

Australians know this. Despite the lack of restrictions inside Australia, the threat of another lockdown is with us all. Our Zero Covid strategy means that any time there is a minor outbreak there must be a lockdown.

Recently, the city of Perth was locked down for a weekend after two cases were discovered in the community. This lockdown meant the cancellation of all Anzac Day memorials, one of the most important days in the Australian national calendar.

Prior to that, the entire state of Victoria was locked down for Valentine’s Day weekend due to the discovery of 16 Covid cases in the community – all of the people involved were already isolating. And Adelaide was locked down after a pizza worker lied to contact tracers about his employment.

This is the reality of Zero Covid. When a single case of community transmission occurs, entire cities hold their breath. This can only be behind us when the nation is vaccinated and the elderly and vulnerable are safe from Covid.

But let’s assume that by mid-2022 the international borders are open and the vaccination rollout is at a strong enough level that governments across Australia do not feel the need to lock down every time the ‘daily new cases’ number rises to five – assumptions the federal government recently made in its budget. Even then, it is hard to imagine Australia truly returning to the nation it was before Covid. The fear and division in our society right now will take much longer to heal.

As sickening as the decision to lock our border to our own citizens was, it was popular. A Guardian poll found 48 per cent of Australians supported the government’s policy and only 27 per cent opposed it. Nearly half of Australians are so scared of Covid they believe that ‘medical advice’ should trump one of the most fundamental legal rights Australians have.

The India travel ban set off a tribal response in the community. ‘Why were those Australians even in India?’, people asked. ‘If they selfishly decided to travel, then why are they surprised that there are consequences?’ That the ban was instituted for travel from India is important – especially when similar bans were not imposed for Europe or the United States. Indian Australians feel isolated, as if their citizenship somehow counts for less than others. That is a feeling of resentment that will last long after Covid has passed.

And the young have been singled out for punishment. Between March and November 2020, employment for those between 15 and 24 fell by 158,000, while for those aged 35 or over employment increased by 20,000.

A nation divided by age, race and income, and a political class that knows Australians will surrender myriad freedoms if they are scared enough. This is the true legacy of Australia’s Zero Covid policy.