Was deputy to the US-trained, fellow Chechen, Abu Omar al-Shishani 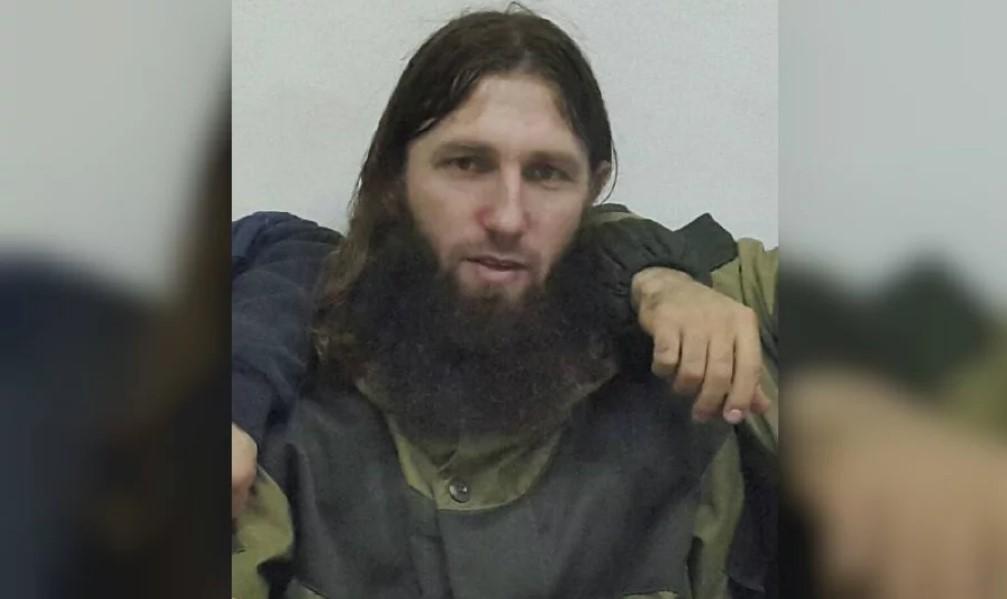 Editor’s note: Al Bara Shishani or Cezar Tokhosashvili was deputy to fellow Georgia-born Chechen — albeit both of their last names indicate they were Georgian on their father’s side — Tarkhan Batirashvili or Abu Omar al-Shishani, a key ISIS commander the US had a $5 million reward out on. It is known Batirashvili received US training during his time in the Georgian army, and fought in the 2008 Russian/Ossetian-Georgian War. Would be interesting to know what was Tokhosashvili’s history before Syria.

As far as extreme terror went, Al Bara Shishani had a reputation.

Understood to have held the post of Isis’ deputy minister of war, head of a unit responsible for “special operations” and surveillance, the Georgian-born commander reportedly had a hand in it all: executions of “non-believers”; public beheadings; terror operations abroad.

He also had a reputation for being dead – that is, until last Friday.

Al Bara Shishani’s dramatic reappearance in the dock of a court room in central Kiev was shocking not only for the fact of how alive he was.

As details emerged about his miraculous resurrection – how he dodged what had been reported as a fatal air strike in Syria, then used a fake passport to travel to Turkey and Ukraine, where he would live untroubled for two years – a number of questions came begging about Kiev’s capacity and willingness to deal with terrorists taking shelter within.

Born Cezar Tokhosashvili, Al Bara Shishani is one of several Isis commanders to hail from the Pankisi gorge region in northern Georgia.

The history of the mountainous territory has close ties to Chechnya, located across the border with Russia, 40 miles to the north. Most of Pankisi’s 10,000 residents belong to a few ethnic Chechen clans; several hundred refugees moved here following the conflicts there. “Shishani” is the Arabic rendering of “Chechen”.

More recently, the gorge has been associated with the fighting in Iraq and Syria. According to various estimates, between 50 and 200 of its young men left to fight between 2012-15. Most joined units fighting Bashar al-Assad in the Free Syrian Army. Some ended up with Isis.

Multiple links to Syria meant everybody in the gorge knew everything about Al Bara Shishani’s terror career, says Sulkhan Bordzikashvili, a local journalist in Pankisi.

They followed him as he decamped to Latakia, western Syria, in 2012; then in 2015, when he joined Isis. Some approved. Others did not.

It was also an open secret that another local boy, the one-legged and one-armed Akhmed Chatayev – aka “Akhmed the One-armed” – played a key role in converting Al Bara Shishani to Isis.

Chatayev was later accused of coordinating suicide bombers in the June 2016 attack on Istanbul’s airport. His involvement was never confirmed conclusively, however, and in 2017, he blew himself up during a police raid in the Georgian capital Tbilisi.

According to Bordzikashvili, the gorge was collectively shocked to discover Al Bara Shishani was not equally dead.

“Maybe his close friends knew he was in Ukraine, but my understanding is the family did not,” the journalist told The Independent. “These types of people are hiding from everyone and it is now very difficult to return home without ending up in jail.” 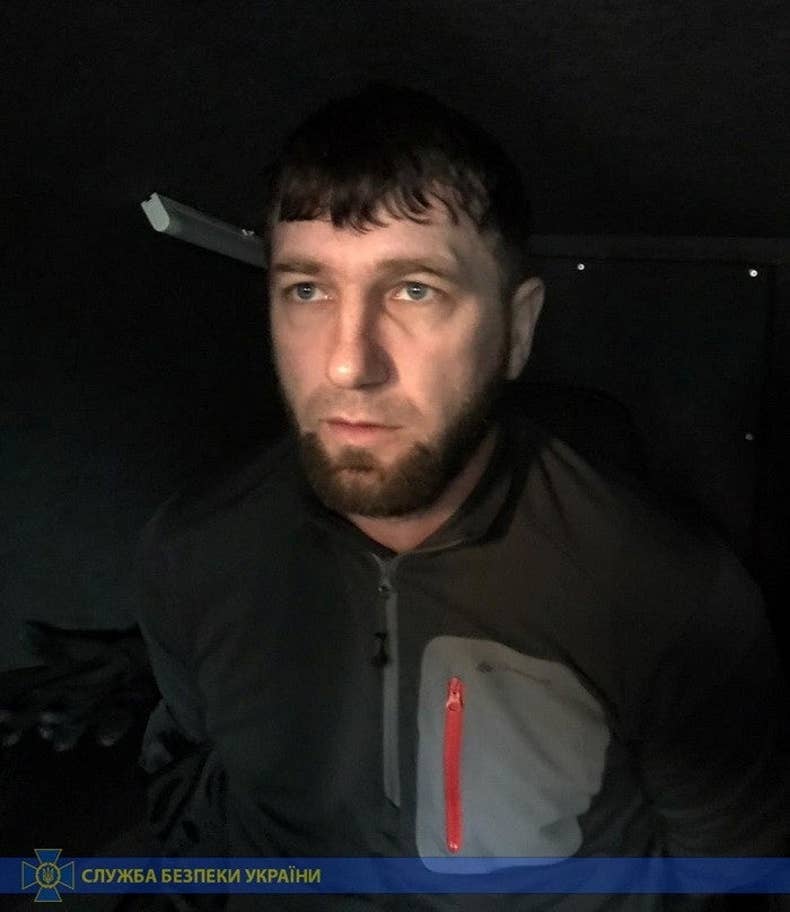 It is certainly true that militants used to enjoy a much easier passage home.

In 2013, for example, Chatayev was able to return to Pankisi despite being subject to an Interpol wanted notice.

And Ukraine, once again, is key to understanding how he did it.

The future Isis commander surfaced there three years earlier when he was arrested and put before a judge in the bucolic town of Uzhgorod, western Ukraine. Katerina Sergatskova, a Kiev-based journalist who investigated his case, says it is unclear what exactly he was doing in the Carpathian mountains – most of his comrades from that time are now dead, so it’s hard to get any answers.

The person responsible for the case was Yuriy Lutsenko, Kiev’s then minister of the interior. He would later become famous as the “self-serving and corrupt” prosecutor at the centre of the House impeachment scandal into Donald Trump’s dealings with current Ukrainian president Volodymyr Zelensky.

According to Lutsenko, Chatayev was detained via Interpol at Moscow’s request. In his account, police also found bomb instructions and photographs of dead bodies on his mobile phone. Despite that, Chatayev was never extradited to Russia. A bribe is one alleged reason why he was instead allowed to travel home to Georgia.

Lutsenko did not respond to a request for comment.

Ukrainian authorities have long fostered holes in their legal and law enforcement systems. The usual beneficiary is organised crime, which sustains itself on the flow of fake IDs and contraband, says Philip Ingram, a former British intelligence officer. But the lax regime has also created an obvious vulnerability to international terrorism.

“It is a vulnerability that Kiev does not seem entirely interested in addressing,” Ingram said.

The US has been particularly frustrated at Kiev’s inability to stop the fake passport trade. In remarks made during the Trump impeachment inquiry, State Department official George Kent revealed how a major conflict erupted between the US embassy and Ukrainian authorities in 2017. Mr Kent had been deputy ambassador at the time.

Once again, Lutsenko, by that point already chief prosecutor, was the man in the centre of the storm. Kent accused Lutsenko of unmasking an undercover anti-corruption bureau agent who had infiltrated the fake passport business. He had done so, Kent alleged, to avenge the US embassy for supporting the anti-corruption agencies that worked against his own corrupt interests.

Obtaining fake passports was at one point an extremely easy and cheap affair. That changed with the introduction of biometric passports in 2015, which has narrowed the number of illegal schemes. But several companies still continue to operate out of the darknet – with clean passports costing around $5,000.

The Independent has learnt of at least one example of a former militant obtaining a biometric passport this way.

This is obvious significance for European security, given that Ukraine now enjoys visa-free travel with most EU countries. While fake passports can be identified easily enough, genuine passports for fake identities can’t. “If documents are being issued by a recognised passport authority that should be of concern,” said Ingram. 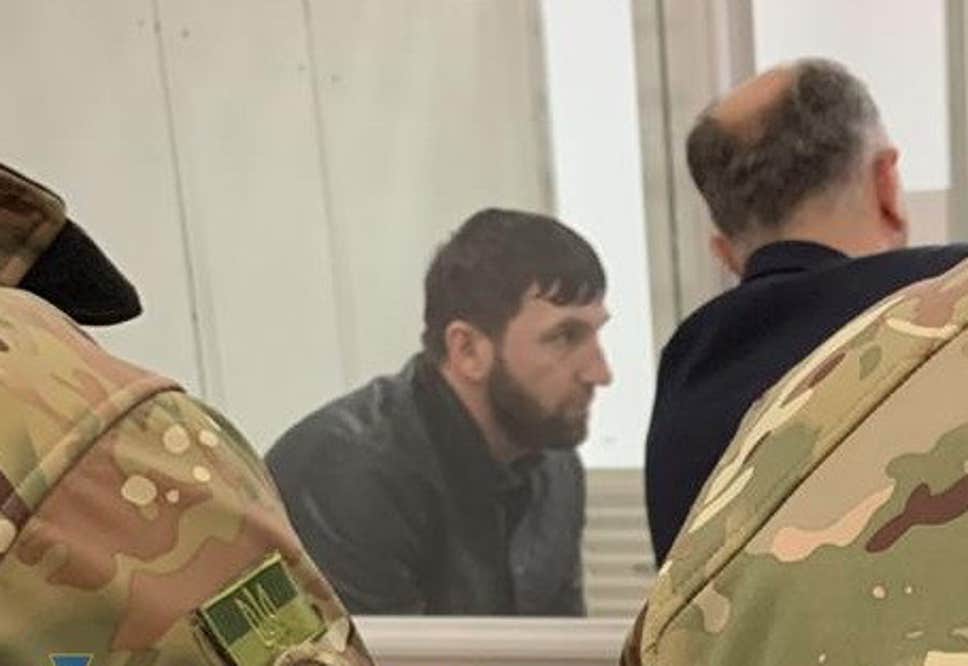 And none of this is lost on the thousands of post-Soviet Islamic militants looking for destinations to lie low, says Vera Mironova, a jihad expert and visiting fellow at Harvard University.

Ukraine offers several advantages over the competition too: the common Russian language, chaos of war, unprofessionalism of local security services, and the low risk of extradition to countries such as Russia.

Mironova estimates “hundreds” of former Isis fighters have decamped to Ukraine. But it is not the numbers that should be of primary concern, she said. The cluster of terrorists in Ukraine were by their nature a “self-selecting” elite: “This isn’t a random selection. The slower guys stop as soon as they get to Turkey. After all, it is a multiple-step operation to get to Ukraine. The ones who get there are the dangerous ones.”

Once militants get to Ukraine, they rarely encounter problems with authorities, said Mironova.

This appears to have been the case for at least some of the two years that Al Bara Shishani spent in and around Kiev. Ukrainian authorities have not disclosed when they found out about him. According to an SBU press release, the CIA and Georgian Interior Ministry joined the operation two months before his 15 November arrest. It is unclear why they chose not to arrest him earlier.

Sergatskova, who has almost single-handedly covered the subject in Ukrainian press over the past year, says authorities remain strangely relaxed about the issue.

“Whenever I wrote on the subject, government officials have accused me of inventing the problem,” she said. “But the arrest of one of Islamic State’s top commanders here in Kiev, right under our noses, would surely suggest many of the world’s most dangerous men do think of Ukraine as a safehouse. Corruption in all state bodies – the police, courts, prosecutors – opens doors to abuse.”

When contacted by The Independent, the SBU rejected claims that Ukraine was in any way hospitable to international terrorism.

“That would be a fundamentally incorrect judgment to make,” spokesperson Elena Gitlyanska said. “Today we are talking about a few individual cases, people who are trying to hide from the authorities. But we find all of them and deport them.”

Both Sergatskova and Mironova agreed that the militants they had interviewed posed no significant terror threat to Ukraine, at least in the short term. It was not in their interest to create problems at home, they argued.

That may change if Kiev decided to follow up with more arrests.

“I know many who are living normal lives, like driving Ubers,” said Mironova.

“They aren’t going to s**t in their own home. But if they are cornered, if they become terrified that they will be arrested, then we have a big problem on our hands.”