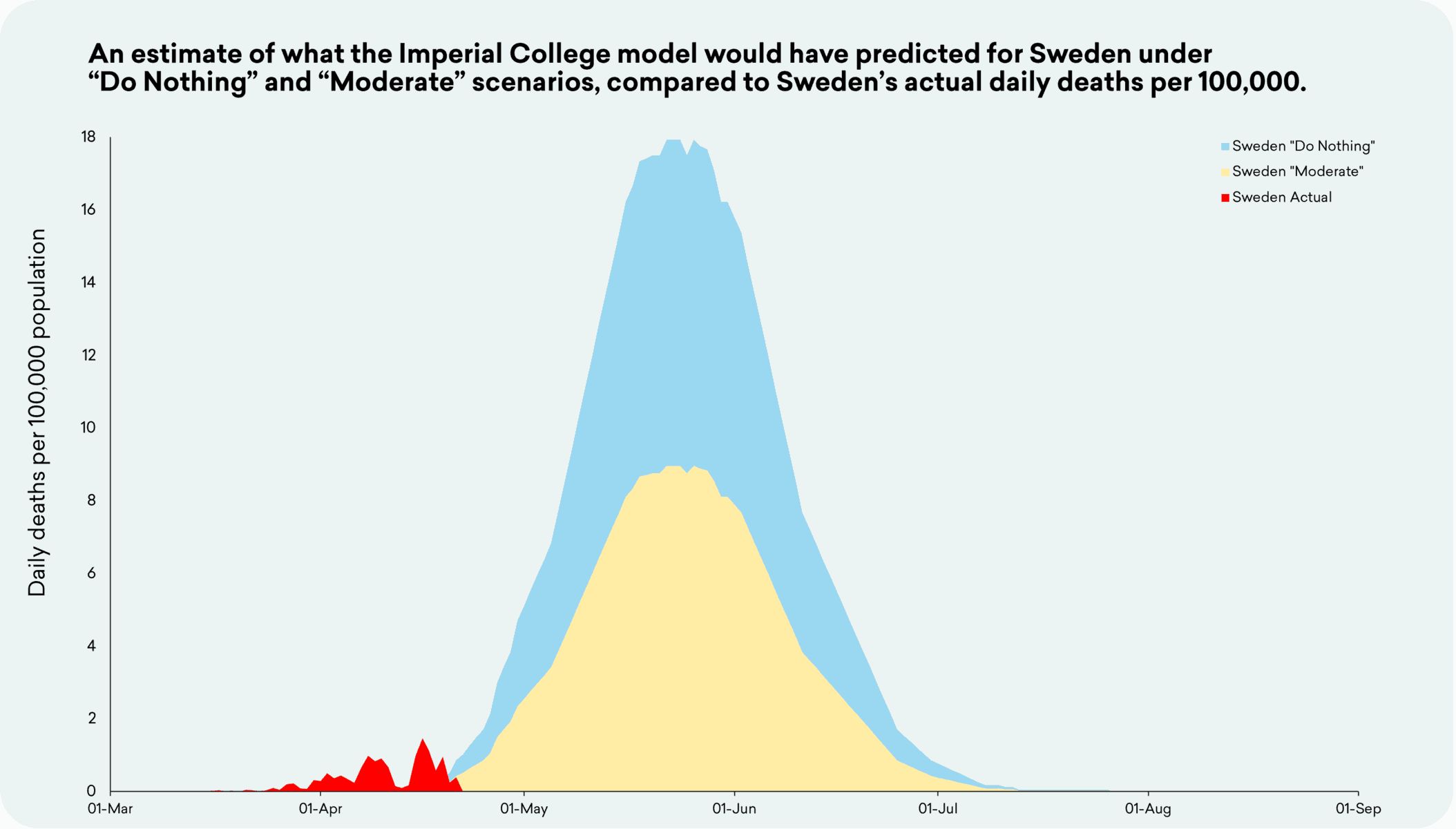 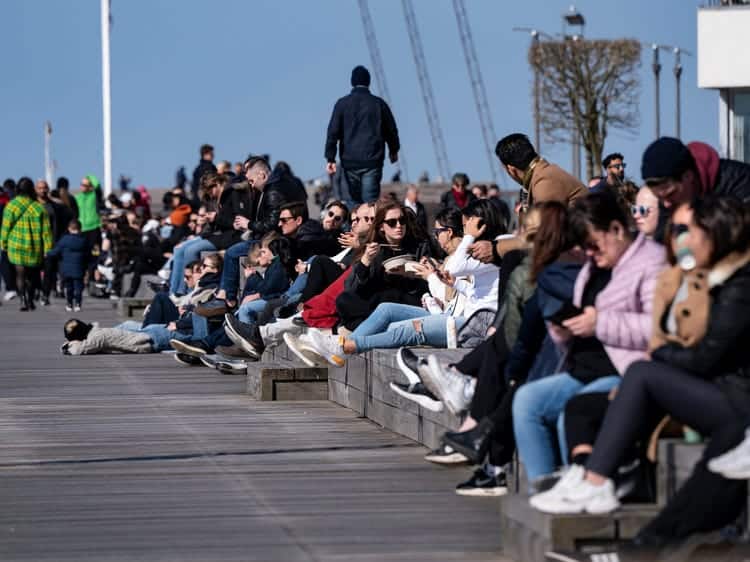 I wonder how many people who claim that lockdown is essential to dealing with Covid-19 have actually looked at the original Imperial College report, which sparked the British Government’s decision [and also played a key role in influencing the White House] to shut down much of the economy and place the most draconian measures on the population ever seen. Had they done so, they might have been shocked to find that the modelling they used assumes the measures would be put in place for 5 months:

“Suppression strategies are assumed to be in place for 5 months or longer.” (p. 6)

“The blue shading shows the 5-month period in which these interventions are assumed to remain in place.” (p. 10)

Would those who accepted lockdown as absolutely necessary have been quite so ready to accept it had they known that it would need to be put in place for 5 months? My guess is no, yet that is what “the science” they followed actually calls for. Of course it remains to be seen whether the Government will continue on this course, or whether most of the media and large sections of the public who demanded and welcomed the draconian measures are prepared to continue backing that particular horse, but if they are to be consistent and “led by the science”, as they have so far claimed, they are going to have to insist that lockdown should continue until late August, as the Imperial College model says it should.

But as I have said repeatedly, I see no evidence for the necessity of lockdown, for two reasons. Firstly because the case fatality rate of Covid-19 does not warrant it (the evidence points to between 0.1%-0.5%, and a recent study from Stanford University suggests it may be between 0.12% and 0.2%). And secondly, because I have seen no evidence to suggest that a lockdown strategy makes any real difference in reducing cases and deaths.

To this second point, I have tried various ways of showing that this is so, by comparing Sweden, which almost alone in Europe has not shut down its economy and shut in its people, with other countries. Yet no matter which angle I have approached it from, those who see lockdown as essential appear to be impervious to the data presented:

“You can’t compare absolute numbers because the UK’s population is 6.7 times that of Sweden’s,” says them.

“Okay so here’s a chart comparing the countries per million.”

“You can’t compare just the UK and Sweden, you need to look at other countries as well.”

“Okay, so here’s a number of European countries with daily and daily per million fatalities.”

“You’ve cherry-picked those countries, what about this country and that?”

“Well the reason I haven’t put too many on there is that the lines just become a mess. But no matter. Have it your way and let’s add those countries in.”

“Ah but the daily rate is not a good comparison; you need to take a more long-term view.” 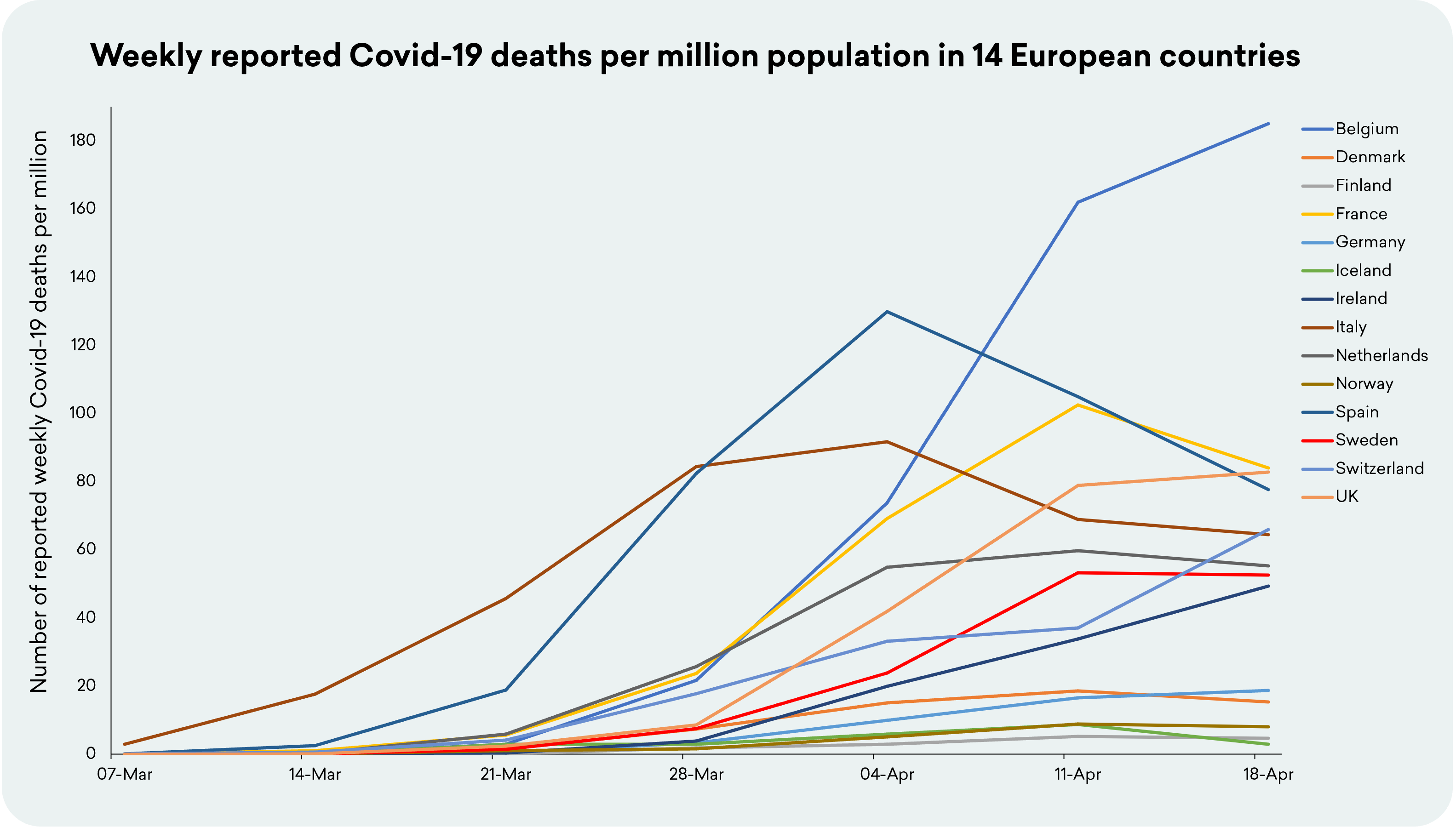 I could go on slicing and dicing the data til the cows come home, but in all this I have been amazed at how those who insist that lockdown is essential for dealing with Covid-19 miss the obvious, and remarkably simple point, which is this:

If lockdown were essential to dealing with Covid-19, what we would expect to find is a very marked difference between Sweden, which has not followed this path, and those countries which have. And it doesn’t matter which way we slice, dice and splice the data, if “Lockdown Theory” were true, that pattern would emerge somehow and at some point. It couldn’t not emerge, if the theory were true.

Put another way, if you want to defend lockdown as being absolutely necessary, you need to be able demonstrate that it is so, not simply by showing that the numbers are declining (of course they will decline at some point), but that they declined because of the actions that were taken. And if you can’t show that, well that would raise some enormous questions about why on earth it was deemed necessary to take measures that were:

So can it be shown?

From the graphs I have presented, the answer — at least up to this point — is very clearly no. If Lockdown Theory were correct, Sweden ought to stick out like a sore thumb. Yet it doesn’t.

In their 16th March paper, the Imperial College Covid-19 Response Team made predictions about the potential number of deaths in the UK and US under certain scenarios. The first was for a situation where no control measures or spontaneous changes in individual behaviour had been put in place — a “Do Nothing” scenario. They then gave figures as to what they expected to happen under a situation where some social distancing measures were observed, but where a full lockdown was not put in place — a “Moderate Scenario”. The figures they gave for deaths under these scenarios were as follows:

(Note: The reason for the higher per population rates in the UK was, according to the paper, “due to the smaller size of the country and its older population compared with the US.”)

It was these figures that apparently caused the Governments in the UK and the US to impose far more stringent measures, including full lockdown.

But what is interesting is that this second “Moderate Scenario” is broadly the approach that Sweden has in fact taken. Which means that we can essentially apply the Imperial College model to that country, and compare it with what has actually happened there.

Before I go on, I need to include a caveat. The numbers I give below for the Swedish worst case and median case scenarios are, of necessity, estimates. However, it is important to note that almost all the numbers presented to us during this crisis have been inexact — to put it mildly — and that very much includes Imperial College’s modelling, which was based more on speculation than actual facts. Nevertheless, I believe the numbers I present are a decent approximation, and should be enough to show the overall trajectories involved.

The table below shows the following data, up to 21st April:

Note that for Sweden, I have used a lower number per 100,000 population than both the UK and US – 650 for the estimated worst case and 325 for the estimated median case scenarios. This is to take into account population density — the UK has 727 people per square mile, the US has 94 people per square mile, and Sweden has 63 people per square mile — which was taken into account in the Imperial College model. However, Imperial College also factored the age of each population into their calculations, and actually here Sweden is at a disadvantage, with a significantly higher number of people in the major risk group than the UK and US (20.37% of the population in the over 65 category, compared to 18.19% and 16.03% for the UK and US respectively). Nevertheless, taking these two issues into account, I have come up with an estimate for Sweden which is deliberately more conservative than the numbers for the UK and US.

One thing that is obvious from this is that the actual deaths per 100,000 for the UK and US are nowhere near the Imperial College predictions — at least so far. Of course the reason for that, so we are told, is because of the lockdown. But look at Sweden. It has followed the course that is broadly in line with Imperial College’s Median Case scenario, but their deaths per 100,000 are — so far (and of course they are not yet through it) — currently just over 5% of my conservative estimate of what the Imperial College model would have predicted.

But we can go further still to look at this on a daily basis, and here we see that the picture looks even clearer. Below is the chart that Imperial College included in their report, showing what their models predicted for the UK and US under a “Do Nothing” scenario. For the UK, daily deaths per 100,000 were predicted to peak at just under 22 around the third week of May. 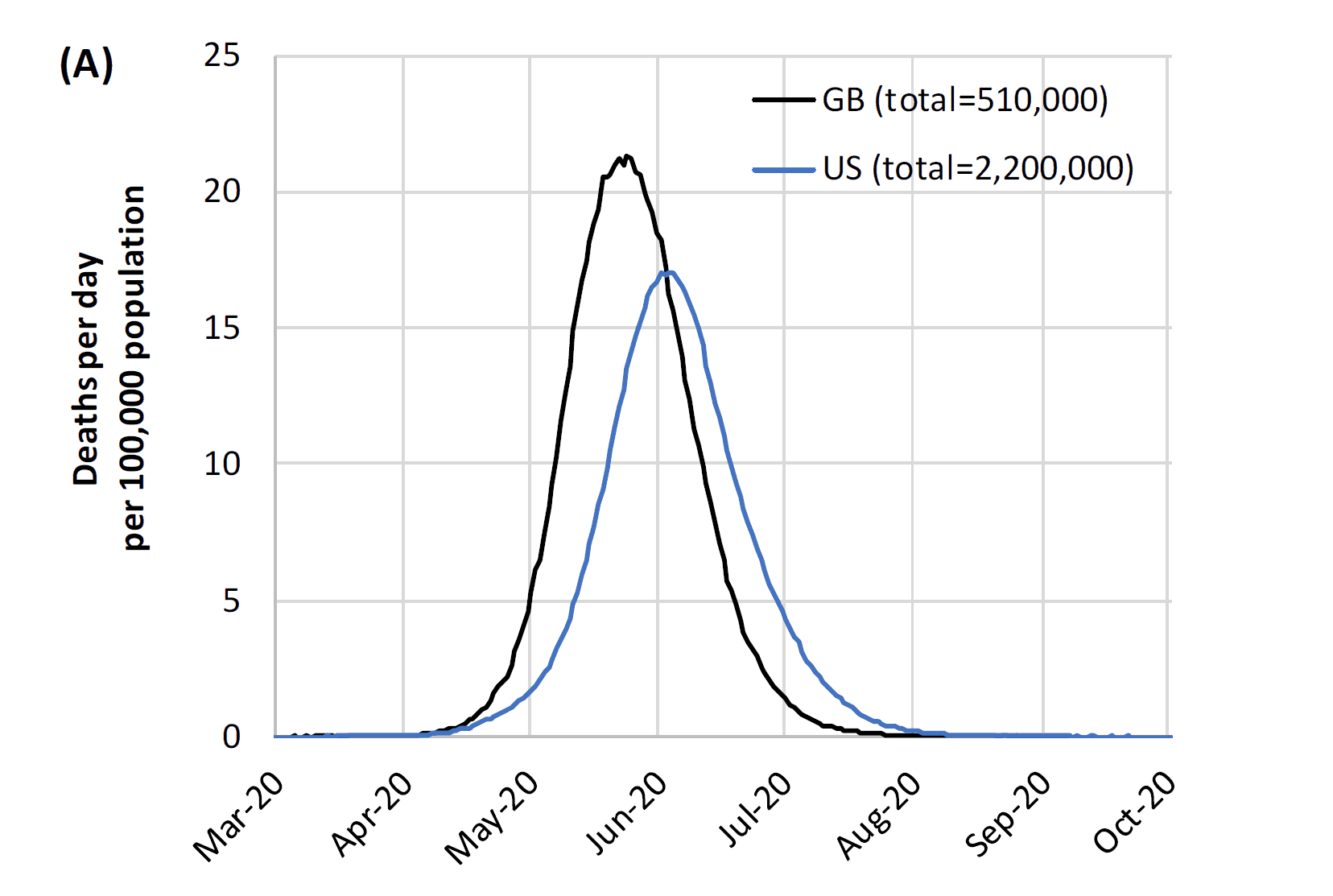 Once again, let me reiterate that the figures represented by the blue and the yellow are estimates, but then again so too were the original Imperial College figures. However, they are estimates which are — if anything — a tad on the conservative side, given that Sweden has a significantly higher proportion of its population in the 65+ at risk group than the UK and US. And of course let me also make clear that these figures are ongoing and so may well change.

In conclusion, it appears quite clear to me that thusfar, the figures represented in yellow, which are roughly what we should be seeing in Sweden, according to the Imperial College model, are proving to be a gross overestimate.

Instead, the truth appears to be this: Sweden is achieving the kind of numbers that the Imperial College report claims could only be achieved under conditions of 5 months of full lockdown. Meanwhile Britain, which has been put under full lockdown for one month, is actually doing worse than Sweden (26 deaths per 100,000 population, compared to 18 for Sweden).

I have a feeling that many people are one day going to wonder whether destroying the economy and trashing civil liberties was a price worth paying for something that could have been dealt with without doing any of these things, but instead pursuing a more moderate course. Is there still time to reverse that course?