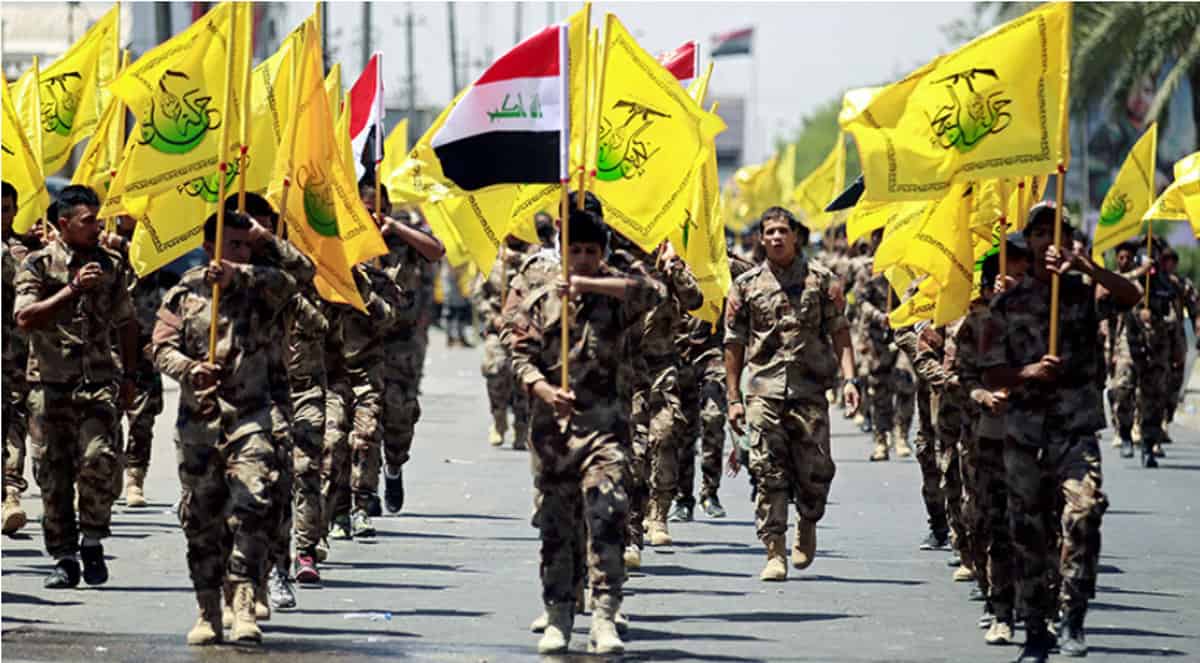 Editor’s note: I think they’ve got the right idea here. At least technically diplomatic missions are invited guests in a way in which foreign military forces that refuse to abide by the terms of their presence are not.

At times Iraqi resistance to the US occupation was led by its Sunnis, at other times by the Iran-weary Shia Sadrists, and now it is borne by its Iran-friendly Sia Khomeinists. Ironically this represents the Empire’s divorce from the faction it de facto backed to the hilt through the first occupation of 2003-2011 and on whose side it fought the Iraqi civil war against the Sunnis and the Sadrists. (Aside from the small respite during the Awakening outreach to the Sunnis that was then sold as “the surge worked”.)

Nonetheless, they are all equally Iraqi even if it is the Iran-friendly factions who have the most extensive history of cooperating with the US and working alongside it. [Back then as SCIRI and Dawa.] The other difference is that Kataib Hezbollah isn’t an informal group like those that made up the Sunni resistance but a salaried part of the Iraqi armed forces and of the Iraqi state.

The leader of the Iraqi militia Kataib Hezbollah denied the group had any role in recent attacks on the US embassy in Baghdad. Early Thursday, three rockets were fired at the embassy, marking the fourth day in a row that US facilities in Iraq were targeted.

Kataib Hezbollah is a Shia militia under the umbrella of the Popular Mobilization Forces (PMF), a group of state-sponsored Iraq militias that formed in 2014 to fight ISIS. The US is quick to blame Kataib Hezbollah for attacks in Iraq, and both the Trump and Biden administrations have targeted the group with airstrikes in recent years.

“Targeting diplomatic missions is rejected by the Iraqi resistance, and its decision is to not even strike the evil American embassy military camp,” Kataib Hezbollah spokesperson Abu Ali al-Askary said in a statement, according to Newsweek.

While he said the group would not attack the embassy, Askary renewed calls to drive the US out of Iraq. Kataib Hezbollah recieves some backing from Iran, but that support is overblown by US officials and media outlets. Askary said Kataib Hezbollah’s resistance to the US occupation of Iraq was not motivated by any outside country.

“Fighting the occupation army is a purely Iraqi decision. No outside party has any involvement in it, and it will only stop with the withdrawal of the last soldier of the occupying forces,” he said.

The calls to expel the US from Iraq do not only come from the country’s Shia militias, but also Iraq’s parliament. In January 2020, after the US assassinated Iranian Gen. Qassem Soleimani and PMF leader Abu Mahdi al-Muhandis, Iraq’s parliament voted unanimously to expel US troops. [Nonetheles Iraq is a toothless, failed state, with no ability to impose its will which is why partisan militias were invited into the armed forces in 2014 in the first place when the corrupt US-built regular army melted away before ISIS.]

President Biden’s recent airstrikes against militia targets in Iraq and Syria have sparked the recent spate of attacks on US facilities in Iraq. US troops have also been under attack in Syria since the bombing. The US-backed Kurdish-led Syrian Democratic Forces said Wednesday that they thwarted an attempted drone attack at a base housing US troops in eastern Syria.