Iran’s Supreme Leader: If We Wanted Nukes, Nobody Could Stop Us 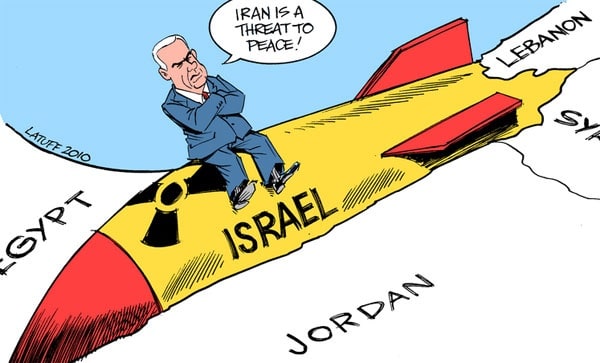 For many years Iran has been very public about not seeking nuclear weapons. Supreme Leader Ali Khamenei refers to the arms as religiously haram forbidding Shi’ite Muslims from even attempting to acquire them.

After decades of that still being an issue, Khamenei tackled the issue again, reiterating that Iran won’t seek nuclear arms, but doing so in a way that led to angry criticism from the US, who declared it a “threat.”

In the course of his usual denunciation of nukes, the Supreme Leader said that if Iran had wanted nukes, nobody could really stop them anyhow. He took a shot at Israeli PM Benjamin Netanyahu, saying that “Zionist clown” couldn’t stop Iran either.

In a climate where Israel is often agitating for war to “stop” Iran, this seems a risky take for Iran to take, even in Khamenei wants to give the impression of defiance. He added a suggestion Iran would enrich to 60% if they need to.

Why he brought this up is not clear, as there is no evident need for Iran to enrich at that level, even if it is still below weapons grade and would be for civilian use. It needlessly complicates the issue when Iran’s actual needs are so much more innocuous and straightforward. [Because it has always been Iran’s strategy to build up enrichment as a bargaining chip that would be scaled down in return for partial normalization.]

Trying to confuse the issue with talk of taking a hard stand is roughly in line with the US State Department’s own comments, which took Biden’s offer to return to deal for “strict compliance” and combined it with talk of Biden wanting to secretly make the deal more onerous for Iran in the name of being “tougher.”

In both cases, returning to the deal as written is the most straightforward answer, but Khamenei is likely feeling the pull from hardliners to be “tough” in the same way Biden is being pushed to try to make a worse deal to show up Trump for failing on Iran diplomacy.