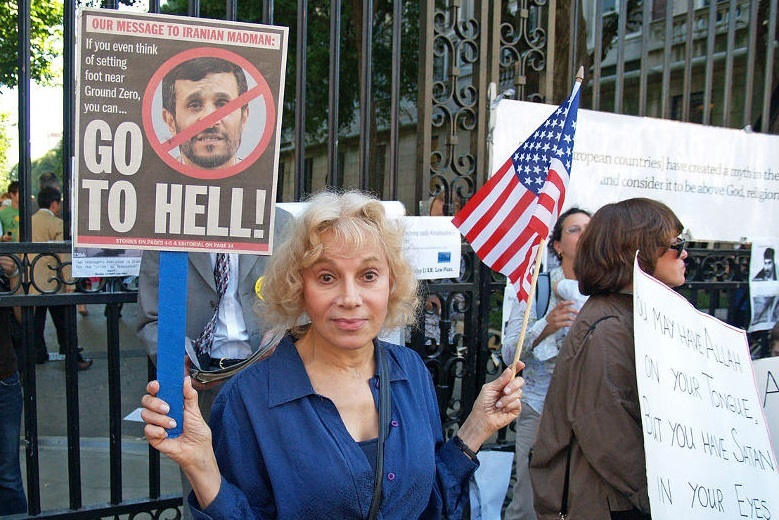 When the current bout of anti-government manifestations started in Iran all the people in Washington who desperately want to bomb and starve the country instantly turned Iranians’ best friends full of praise for their protests.*

Well guess who else was at least initially sympathetic to the protests? None other than that second coming of Hitler, Mahmoud Ahmadinejad:

With an estimated 1,000 people arrested over the course of a little over a week in protests in Iran, the most high profile may ultimately be the most surprising, with reports former President Mahmoud Ahmadinejad has been jailed for “incitement.”

Though Ahmadinejad has not really been linked to the protest movement, he made comments during his visit to Bushehr in late December which seemed to express support for them, faulting the leadership for being “detached from the problems and concerns of the people.”

This makes the narrative a lot trickier internationally, as the US has sought to brand the new protests as a continuation of the 2009 protests, which were themselves against Ahmadinejad’s contested reelection.

The original Al-Quds Al-Arabi report (in Arabic here) claimed that police arrested Ahmadinejad for “inciting unrest against the government.” The UK newspaper cites “reliable sources in Tehran” who reportedly say police are seeking to place Ahmadinejad under house arrest to prevent him from encouraging Iranians to protest further.

Israel’s i24 News translated some of the comments attributed to Ahmadinejad. “The government of Hassan Rouhani believes that they own the land and that the people are an ignorant society that does not know,” the former president reportedly told protesters at an anti-government rally. “What Iran suffers from today is mismanagement and not lack of economic resources.”

The US then pines its hopes for Iran regime change on protests that are small (at scale of Iran), largely fueled by social discontent, will be eclipsed by planned pro-government demonstrations, and have the sympathies of the hard-line former President. The same one the US establishment spent years pretending was Satan himself. Desperate much?

*This newfound love of the Iranian people, however, did not prevent the Iran hawks in the Trump administration from expanding sanctions against the country yet again.