In many ways, the Iranian ballistic missiles attack on U.S. forces in Iraq and the U.S. missile strikes against targets in Syria were strikingly similar in the way they sought to avoid bringing about any serious escalation that could have led to war.

On January 8, Iranian ballistic missiles simultaneously targeted the Al-Asad airbase in Iraq’s Anbar province (see image above) and Erbil International Airport in Iraqi Kurdistan, where U.S. military personnel is housed. While Iran fired at least 22 ballistic missiles, the U.S. did not suffer any fatalities. Tehran said the attack was retaliation for the U.S. assassination of Iran’s Islamic Revolutionary Guard Corps’ Quds Force commander Qasem Soleimani on January 3. Washington did not retaliate and fears of a significant escalation, or the dire prospect of a direct US-Iran war, subsequently decreased.

Tehran launched the attack after giving plenty of forewarning. On January 5, Brigadier General Hossein Dehghan, Iranian Supreme Leader Ayatollah Ali Khamenei’s military advisor, told CNN that the then-upcoming attack would come directly from Iran, rather than from Tehran’s proxy militias, against U.S. “military sites” in the region. “Our reaction will be wise, well considered and in time, with decisive deterrent effect”, he said.

His statement made it unequivocally clear that, rather than attack any U.S. bases or targets in the Gulf states, Iran’s retaliation would come in Iraq, giving U.S. forces based there about three days to prepare themselves.

Five days after the strike, Reuters cited two Iraqi officers based in Al-Asad as saying that American and Iraqi forces began moving troops and hardware to fortified bunkers eight hours before the strike.

Reuters also cited another Iraqi intelligence source, who went so far as to say that the U.S. troops seemed “totally aware” that the attack would come “after midnight”.

Consequently, the Iranian missiles simply hit “empty bunkers that had been evacuated hours before”. It was later revealed, despite U.S. President Donald Trump dismissing the symptoms as mere “headaches“, that Iran’s missile strike did wound 64 U.S. personnel by giving them traumatic brain injuries.

The way in which Tehran carried out this missile strike was not wholly dissimilar to the two past U.S. cruise missile strikes against Syrian regime targets in April 2017 and April 2018. For example, on the morning of April 7, 2017,  the U.S. responded to the Khan Shaykhun chemical attack [fake chemical attack] carried out three days earlier by hitting Syria’s Shayrat Airbase with 59 Tomahawk cruise missiles. It did so after giving prior warning to Russia, a major ally and backer of Syrian President Bashar al-Assad.

Moscow likely gave Damascus some prior warning, and it was also likely the regime knew that particular base would be hit. “Russian forces were notified in advance of the strike using the established deconfliction line”, said Navy Captain Jeff Davis at the time. “US military planners took precautions to minimize risk to Russian or Syrian personnel located at the airfield”.

Despite that enormous strike package of 59 Tomahawk missiles raining down on the base, Syrian Armed Forces’ remaining Su-22s were able to land and take off from the base hours later. The situation did not escalate into any major confrontation with Damascus. 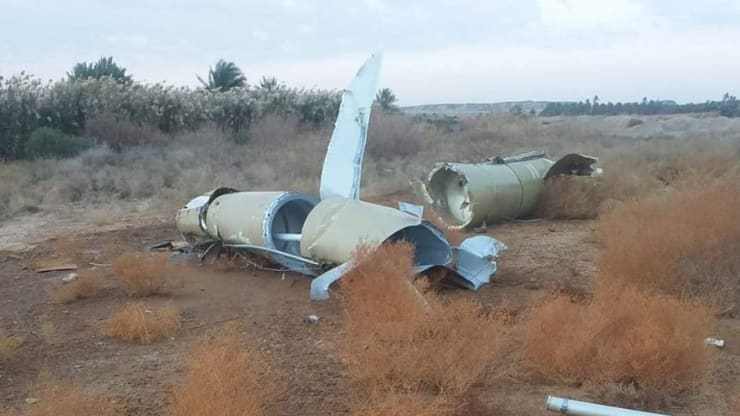 On April 14, 2018, the United States, this time in a coordinated strike with the United Kingdom and France, fired even more cruise missiles at three targets related to Syria’s chemical weapons program, in response to a [fake] chemical attack in Douma one week earlier.

As with the Shayrat attack, the U.S. gave notice to ensure there was no serious casualties or subsequent escalation. The U.S. ambassador to Russia, Jon M. Huntsman Jr., published a statement on Facebook in which he explained that: “Before we took action, the U.S. communicated with the RF [Russian Federation] to reduce the danger of any Russian or civilian casualties”.

Additionally, a pro-Syrian regime official confirmed that: “We had an early warning of the strike from the Russians… and all military bases were evacuated a few days ago”. These measures were clearly taken to avoid any significant escalation or war. 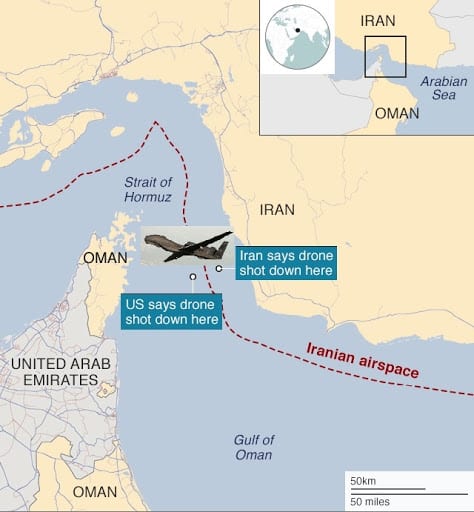 Later, Trump came close to bombing targets inside Iran following Tehran’s shooting down of a U.S. surveillance drone over the Gulf of Oman on June 20, 2019 (see image right). According to Trump, he approved strikes against three targets but then called it off a mere 10 minutes before it was set to commence. His decision came after the U.S. military gave him its prediction that at least 150 Iranians would have been killed, something Trump deemed wouldn’t have been “proportionate” to the destruction of an unmanned aircraft.

Also, more likely than not, the U.S. military made clear to him that a limited strike similar to the previous ones against Syria would be much harder to carry out against Iran itself and escalation or major war would have, therefore, been far more likely.

Tensions between Iran and the United States remain high, and the prospect of war or a major escalation cannot be discounted. Nevertheless, de-escalation measures, however imperfect, taken by Tehran and Washington in these incidents indicate that neither side actually wants a full-blown war.