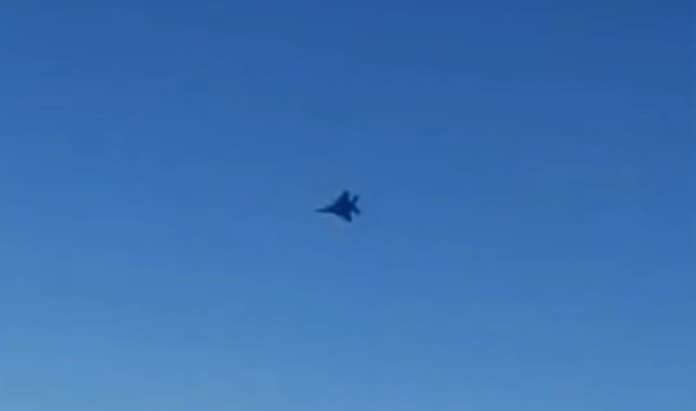 A passenger who was onboard the Iranian Mahan Air flight that encountered a US fighter jet over Syria last week had to undergo surgery for a spinal fracture after the plane landed in Beirut. Lebanon’s Health Minister Hamad Hassan visited the hospital where the passengers were treated and called the incident “criminal intimidation” by the US.

A total of four passengers were admitted to the hospital in Lebanon after the incident. So far, three have been treated and have flown back to Iran. Lebanese media said the remaining passenger “suffers from a fracture of his spine and strokes as a result of a blow to the head.”

The Iranian airliner was en route to Beirut from Tehran when it was confronted by at least one US fighter jet. The pilot of the airliner had to make a sudden altitude change to avoid a collision or at least maintain a safe distance. The quick maneuver caused the injuries to the passengers, a video from inside the cabin shows a man with a bloodied face.

Some accounts say two US jets approached the airliner, while US CENTCOM confirmed at least one F-15 was involved in the incident. CENTCOM called the incident a “visual inspection” and said the F-15 maintained a “safe distance of approximately 1,000 meters” from the airliner. The justification for the inspection was to ensure the safety of US personnel at the al-Tanf military base in Syria, a base the Syrian government considers illegal.

On Saturday, Iranian officials said passengers who were onboard the airliner could sue the US for endangering their lives. “Air routes are considered corridors for civilian aircraft, therefore the very act of terrorist CENTCOM’s fighters entering this corridor means endangering international air transit,” Iran’s deputy judicial head Ali Bagheri-Kani said.